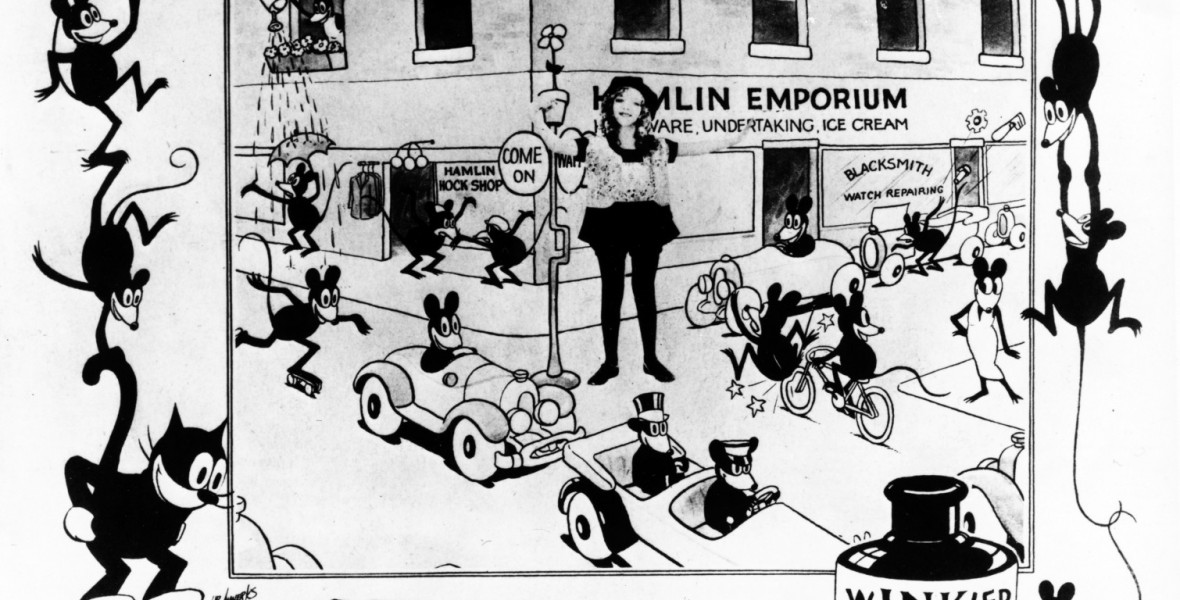 Alice Comedies Series of 56 silent cartoons made by Walt Disney between 1924 and 1927, with a live girl acting in Cartoonland. Walt first hired four-year-old Virginia Davis and then Margie Gay, Dawn O’Day, and Lois Hardwick to be the little Alice romping in a cartoon world. Enthusiastically, he sent out the first unfinished pilot film, Alice’s Wonderland, to cartoon distributors in New York. One of them, Margaret Winkler, agreed to distribute the series, with payment beginning at $1,500 per reel. The pilot film was made in Kansas City; all 56 of the remaining films in the series were made in Hollywood. Miss Winkler married Charles Mintz, and he continued the dealings with Walt Disney until 1927 when Disney tired of combining live action and animation and they switched instead to the Oswald the Lucky Rabbit series.