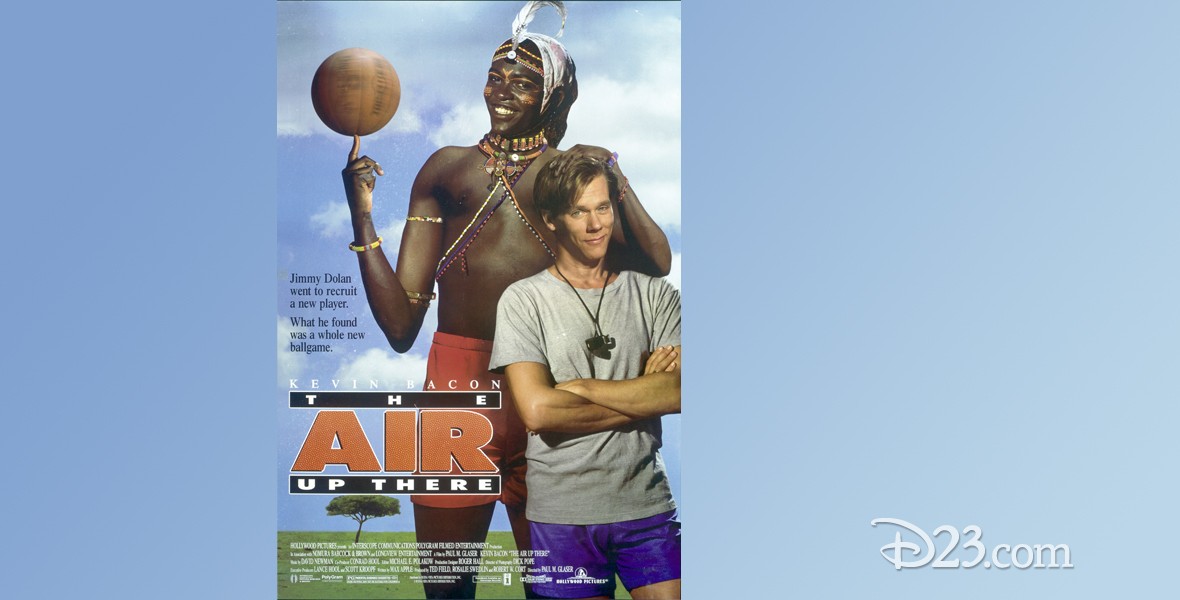 Air Up There, The (film) Assistant college basketball coach Jimmy Dolan is a competitive sportsman with a goal of taking over when his boss, Coach Ray Fox, retires. However, in order to be considered for the position, Jimmy needs to prove that he knows how to recruit star talent. Since all the best players are signing with competing schools, the chances for Jimmy’s advancement look bleak until he gets the wild idea to scout for a wonder player in Africa. In Kenya he discovers a tall Winabi warrior, Saleh, who cannot be dazzled by fast-talking recruiting techniques and promises of wonderful gifts and flashy cars. Jimmy’s high-pressure techniques clash with the local customs, but he is finally able to prove himself when the tables are turned and he himself is recruited by the Winabi to help coach their misfit team so they can beat the team of a neighboring tribe, the Mingori, in a game with extremely high stakes—the Winabi’s land, their cattle, and the future of the tribe. As a reward, Jimmy is able to draft the star player he needs. Directed by Paul M. Glaser. Released on January 7, 1994. A Hollywood Pictures film, in association with Interscope Communications. 107 min. Stars Kevin Bacon (Jimmy Dolan), Charles Gitonga Maina (Saleh), Yolanda Vazquez (Sister Susan), Winston Ntshona (Urudu). The filmmakers utilized the Samburu tribe of Northern Kenya, but transported them to the primary location in Hoedspruit, South Africa for the filming. Other filming took place in Canada and Kenya. Released on video in 1994.