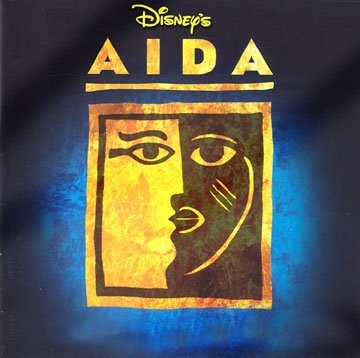 Aida Stage musical version of the Aida story, with 19 new songs by Elton John and Tim Rice, opened as Elaborate Lives: The Legend of Aida at the Alliance Theater in Atlanta on October 7, 1998. This was the first cooperation between The Walt Disney Company and a non-profit resident theater company. The title of the musical was shortened to Aida in 1999, when a CD of the sound track was released. The show played at Chicago’s Palace Theatre from November 12, 1999 to January 9, 2000, and opened at the Palace Theatre on Broadway on March 23, 2000 after a month of previews, closing after a successful run on September 5, 2004. The story is about a love triangle between Aida, a Nubian princess forced into slavery, Amneris, an Egyptian princess, and Radames, the soldier they both love.