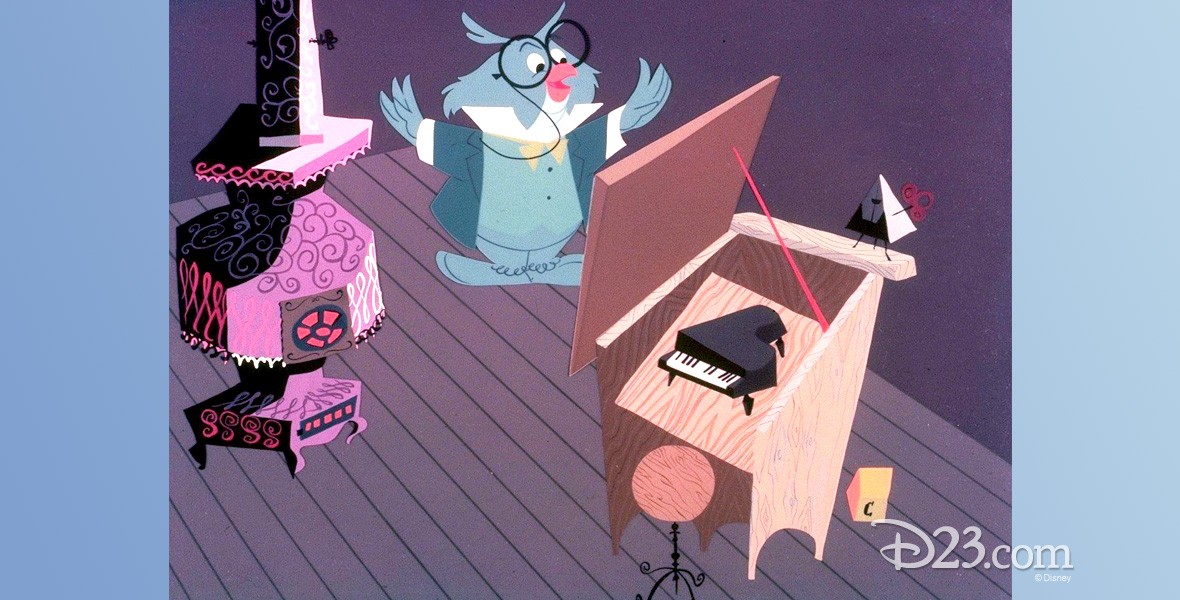 Adventures in Music: Melody (film) Special cartoon; released on May 28, 1953. Directed by Charles Nichols and Ward Kimball. Professor Owl tries to teach his class about melody. Includes the song, “The Bird and the Cricket and the Willow Tree.” First cartoon ever filmed in 3D. It was shown in the Fantasyland Theater at Disneyland as part of the 3D Jamboree. The 3D process never really caught on with theater audiences because of the need to wear the polarized glasses, but the show remained a novelty at Disneyland for several years. This film was the first in a proposed series of shorts where Professor Owl would teach musical principles to his class, but only one more, Toot, Whistle, Plunk and Boom, was made.