This Friday, 20th Century Studios will bring the bioluminescent moon of Pandora back to the big screen when writer, director, and executive producer James Cameron’s Avatar returns to theaters in 3D—and, for the first time, in stunning 4K high dynamic range. Following its initial release in 2009, Avatar went on to become the highest-grossing, most successful movie of all time, and it made household names out of stars Sam Worthington and Zoe Saldaña. The winner of three Academy Awards®—Best Cinematography, Best Production Design, and Best Visual Effects—Avatar can now be experienced as a 4K HDR remastered picture, while theaters with 3D capabilities will present the remastered version with an added dimension to bring the epic story to life.

Recently, Cameron, Worthington, and Saldaña joined Avatar stars Sigourney Weaver (Dr. Grace Augustine), Michelle Rodriguez (Trudy Chacon), and Stephen Lang (Miles Quaritch) to reminisce about making the revolutionary adventure—and D23 was there to round up the top five things audiences need to know about it. 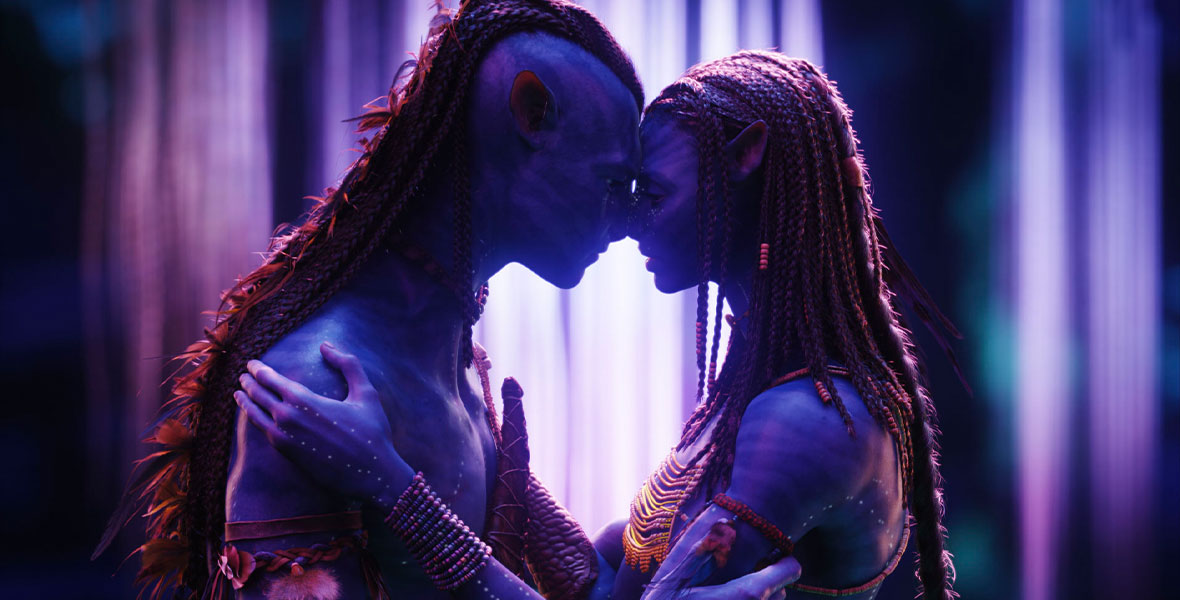 1. The story may be the same, but the sweeping visuals are anything but.
When Cameron and executive producer Jon Landau first brought Avatar to the big screen, both the 2D and 3D versions of the film encouraged theaters around the world to upgrade their equipment to deliver the highest quality picture and sound. “It’s been 12 years since the release, so if you’re under 22 or 23 years of age, it’s very unlikely you’ve seen the film in a movie theater—which, in a way, means you haven’t seen the film,” Cameron said. “We authored the film for the big screen, for the giant screen, in 3D, and now we’ve remastered it in 4K, in high-dynamic range and some 48-frame-per-second sections in the film. It’s looking better than it ever looked, even back in its initial release.” In fact, as they were finishing the remastering process, Cameron was blown away by the visuals. “That’s hard to say with any degree of humility, but we were really impressed with how the movie looked—just the physical experience,” he said. “We’re just really excited to share that with people who have never seen it in a movie theater.”

2. Imagination and technology combined brought Avatar to life.
Performance capture was used to render Pandora’s indigenous Na’vi clan and the avatars, and it was an experience Worthington will never forget. “I was like a 5-year-old kid in a big play pit, and the boss was saying, ‘Get to it!’ That was the job,” said Worthington, whose character, former Marine Jake Sully, was reborn as an avatar, a remotely controlled biological body unaffected by Pandora’s toxic air. “You kept pinching yourself, because I didn’t really think this was ever going come out or be a movie. I just thought it was a bunch of fun and I was allowed to experience it.” Like Worthington, Saldaña said, “My imagination was never as infinite as when I was there.” Weaver, who played xenobotanist Dr. Grace Augustine, added, “The idea that from this little room, we were going to create this other world was so fantastic. The only way [audiences] can go to Pandora is by going to the theater and seeing it in 3D.” 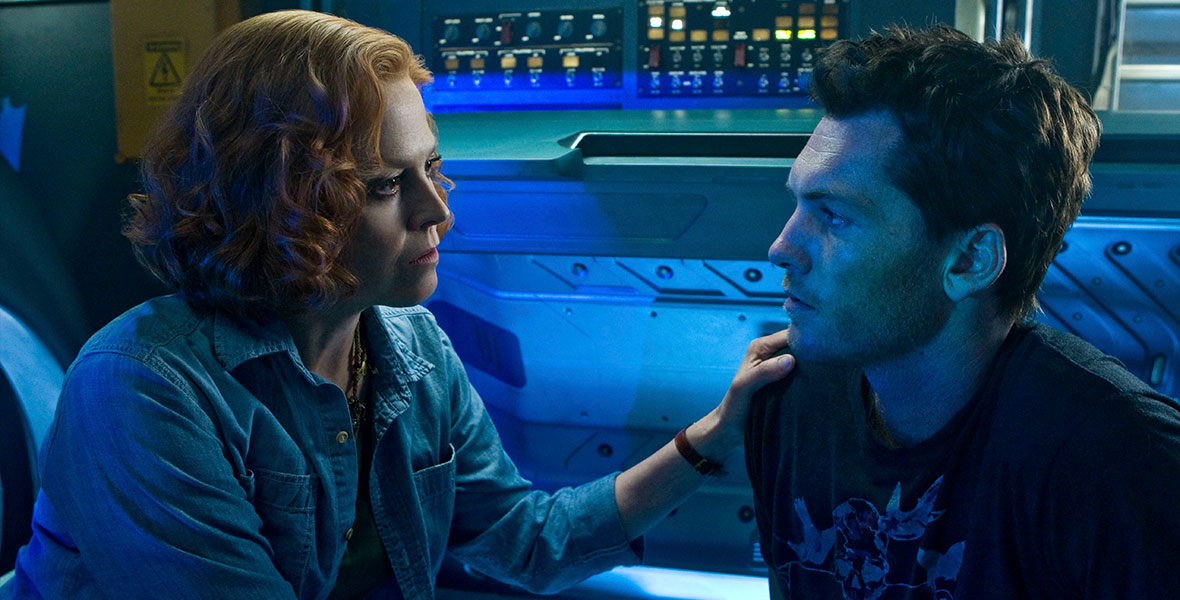 3. In a film about super-tall blue creatures, the story remains grounded and real.
According to Rodriguez, her favorite scene depicts the tribal ceremony at the Tree of Life, when the Na’vi clan is trying to bring Weaver’s character back to life. “There’s something really powerful about that moment,” Rodriguez explained. “It resonates with me in such a deep way, because it seems so beautiful, natural, ancient, spiritual.”

4. Avatar was intended to be experienced on the big screen.
Thinking back to when she first saw Avatar in a theater in 2009, Saldaña said, “I was completely enamored with what I was sensing, and it was an immersive experience that was unlike anything I had ever seen. I felt grateful. I felt very humbled. Let’s not forget that when Avatar came out, it wasn’t like we came out with a big splash, you know?  We came out, and we were solid, but these ripples kept growing and growing as time kept going by. And they became this really big thing, but it grew. And as it was happening, I felt like I was witnessing something truly remarkable. How people were captivated by it was really humbling.” Weaver marveled at the technological innovations that enhanced the storytelling, saying, “What really moved me was using such effective 3D that you feel like you’re in the room with Jake when he’s having to make some decisions, that you’re in the place with Neytiri when she’s moving through the forest. It took all the barriers away between me and the world—in the emotional scenes with humans and in the world of Pandora. I found that I had much less objectivity. The decisions they made felt much more personal to me because I was in their world with them, and I had something at stake in that world. I couldn’t get away.” 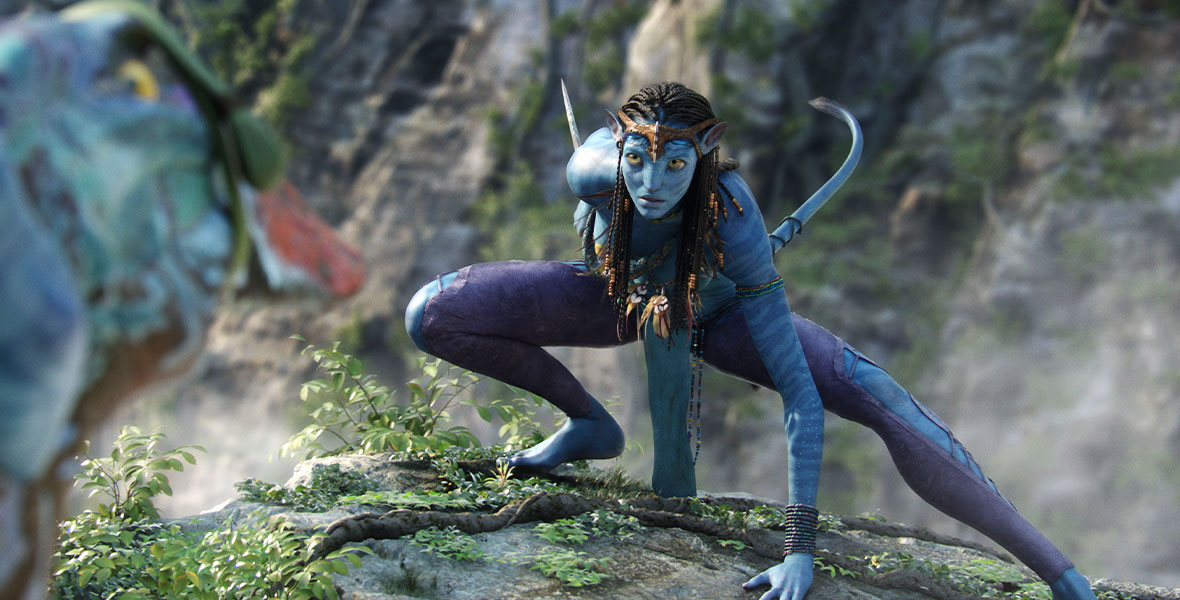 5. Avatar features themes that are relatable to people from every planet.
Asked why he thinks Avatar appealed to movie lovers of all ages and backgrounds, Cameron mused, “People saw some universality of their lives and these characters through this lens of science fiction.” In addition, the “physical execution” was so crisp that within the first few minutes, “people gave up trying to figure out how it was done,” he said. “They just surrendered to a sense of immersion in a world and in a fantasy. People are willing to go on a fantasy if they can relate to the main characters.” Like Jake, Worthington said, “We’re all looking for our own little clan, our own clique, our own group of people who can comfort us and give us confidence, who we can learn from. I don’t think it was a theme that was hammered out. It was a subconscious feeling we all received when we watched the movie—this sense of wanting to belong.”

Avatar will also be available in Dolby 3D, IMAX 3D, Premium Large Format screens, RealD 3D, and additional formats nationwide. The story of Avatar will continue in the upcoming film Avatar: The Way of Water, opening in theaters on December 16, 2022.