On Monday, The Bachelorette returns for a new season on ABC, followed by the series premiere of Queens. That same night, you can stream the mysterious season finale of Hulu’s Only Murders in the Building. On Wednesday, a new installment of Marvel Studios: Assembled arrives on Disney+, and the next day, The Next Thing You Eat debuts on Hulu. 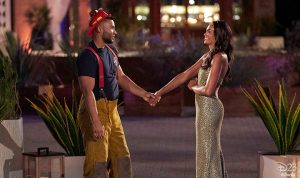 The Bachelorette—Tuesday, October 19, at 8 p.m. ET on ABC
Michelle Young’s journey to find love begins! Thirty men are hoping to impress her with their charm and wit. But before they can attempt to woo her, they’ll have to get through hosts and mentors Kaitlyn Bristowe and Tayshia Adams first. It may be night one, but the men quickly learn it will take more than a good entrance to win this Bachelorette’s heart. 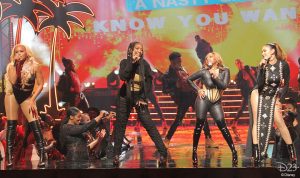 Queens—Tuesday, October 19, at 10:01 p.m. ET on ABC
The series follows a fractured girl group living in the shadows of their once-prominent hip-hop dynasty. Their popularity skyrocketed following the release of a chart-topping single, and the women became regarded as one of the greatest girl groups of their generation. Despite critical and commercial success, the group was plagued by internal conflict and jealousy. Estranged, out of touch, and now in their 40s, the four women (Eve, Naturi Naughton, Nadine Velazquez, and Brandy) reunite for the chance to recapture their fame and regain the swagger they had in the ’90s when they were legends in the hip-hop world. 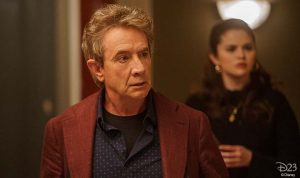 Only Murders in the Building—Tuesday, October 19, on Hulu
If the walls in the Arconia could talk! In the hilarious and nail-biting season finale, “Open and Shut,” podcasting trio Charles (Disney Legend Steve Martin), Oliver (Martin Short), and Mabel (Selena Gomez) race toward a resolution… as their own lives are put in danger! 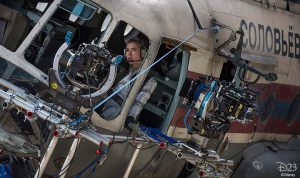 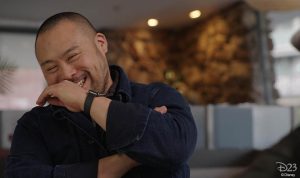 The Next Thing You Eat—Thursday, October 21, on Hulu
From chef David Chang and Academy Award®-winning documentary filmmaker Morgan Neville, the six-episode docuseries explores the seismic changes happening all around us and what they mean for the way we’ll eat in the future. Chang and a diverse cast of characters dare to dive headfirst into what lies ahead, ranging from robots to lab-grown fish, insect farms to artificial intelligence calling all the shots… and everything in between!