Thirty years ago—on May 5, 1987—Disney Dollars, the beloved “currency with character,” were first unveiled to the world. Spearheaded by late Disney Legend Jack Lindquist, the program represented one of the first instances of a private organization printing its own money and having it accepted in theme parks like the U.S. Dollar. Over the years, the bills have featured such favorite icons as Mickey (1987), Goofy (1987), and Minnie (1989), as well as Simba (1997), Donald Duck (2000), Tinker Bell (2002), Princess Aurora (2007), and Pirates of the Caribbean (2007).

While the Disney Dollars program has been discontinued, we’re excited to look back at the unveiling of the happiest currency on earth in honor of its milestone 30th anniversary. Exclusively for D23 Members, we present this rare historical film from 1987 that reveals how the bills were created and showcases some fantastic moments when the dollars were first introduced to guests. Keep an eye out as Jack Lindquist, Mickey Mouse, and even Scrooge McDuck make some very unique appearances:

Disney Dollars may no longer be purchased at either Disneyland Resort or Walt Disney World Resort, but the memories live on in the hearts (and collections) of Disney fans all over the world. 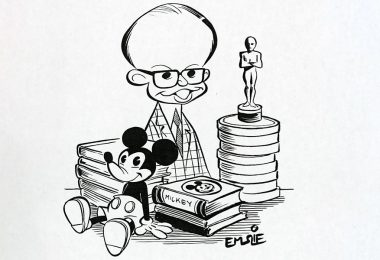