The popular holiday programming event expands, and learn how you can celebrate Mickey Mouse’s upcoming birthday… Read more, along with other news from around Disney, in this week’s news briefs!

25 Days of Christmas Expands Across All Disney|ABC Channels

Okay, we know. We just finished Halloween. But the networks of Disney|ABC are doubling-down on holiday-themed TV—and honestly, we can’t wait!

We’ve been fans of Freeform’s beloved 25 Days of Christmas programming event for years… and in 2017, it’s growing by leaps and bounds! Beginning December 1, the event expands across all Disney|ABC Television Group networks to create the ultimate fan-favorite holiday celebration! ABC, Freeform, Disney Channel, Disney XD, Disney Junior, and Radio Disney will all be airing holiday-themed programming and entertainment for the whole family throughout December, leading up to Christmas Day.

Viewers can ring in the season with festive specials, including Freeform’s first original Christmas movie, Angry Angel, starring Brenda Song and Jason Biggs; classic holiday movies such as The Santa Clause and Mickey’s Christmas Carol; and returning favorites like ABC’s Prep and Landing, The Great Christmas Light Fight, and The Great American Baking Show. Plus, don’t miss holiday-themed episodes of black-ish, Modern Family, The Mayor, Speechless, Mickey and the Roadster Racers, Sofia the First, and more.

So hang up those stockings (go on, be the first on your block!) and take a look at the full schedule here. 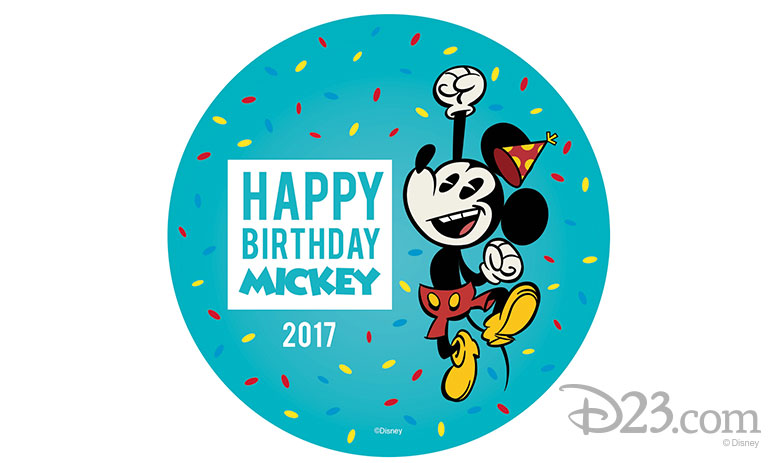 Who’s the leader of the club that’s made for you and me, and has a big birthday coming up in just a few weeks? Why, it’s Mickey Mouse, of course! If you’re looking for a way to celebrate this truly auspicious occasion, check out D23’s rundown of the special events and fun experiences in store leading up to November 18.

Meet the Stars of Broadway’s Frozen

From the moment in Walt Disney Animation Studios’ 2013 animated film Frozen when Arendelle’s princesses, Elsa and Anna, decided to build a snowman, Disney fans fell in love with the sisters. And now fans will find themselves equally enamored with the actresses who will be bringing the characters to life on the Broadway stage—Caissie Levy and Patti Murin, who play Elsa and Anna, respectively.

Meet Caissie and Patti in this new video from Disney On Broadway’s YouTube. “They really feel like sisters,” enthuses Jennifer Lee, director of the film, who has written the book for the Frozen musical. You can see the bond between the two actresses here now, and at the legendary St. James Theatre in New York beginning February 2018. Visit FrozenTheMusical.com for more details and ticketing information. 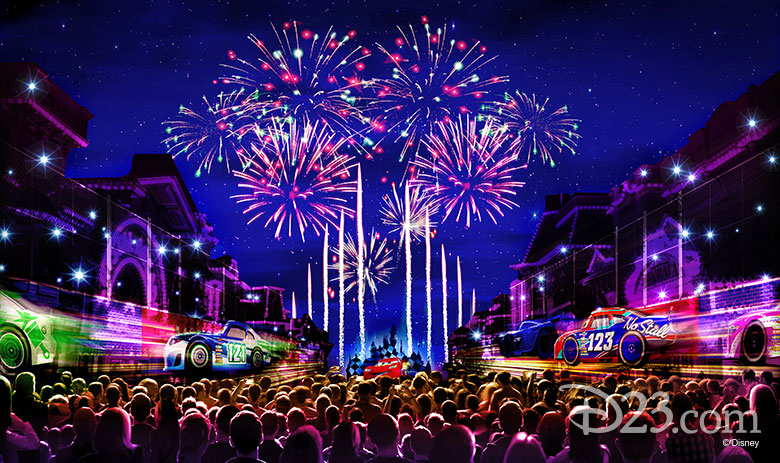 There were several big announcements, late last week, from our pals at Disneyland Resort—and all three are quite historic! Pixar Fest, a colorful celebration of all things Disney•Pixar, kicks off at both Disneyland and Disney California Adventure parks in 2018, while a brand-new hotel is set to debut in 2021 right near Downtown Disney. Read more about Pixar Fest here, Pixar Pier here, and check out some early plans for the hotel right here. 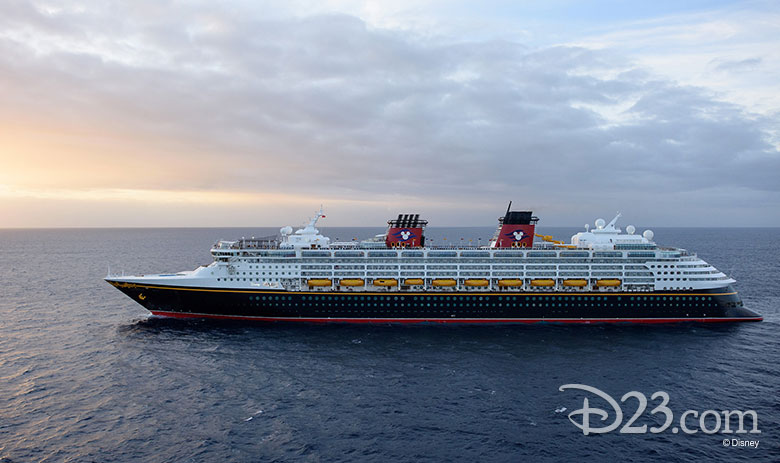 Great news for fans of “sailing the ocean blue”… In early 2019, Disney Cruise Line (DCL) will make its big return to favorite destinations on a variety of itineraries, including an expanded two-month season from San Diego; plus, guests can choose from a plethora of options to the Bahamas and Caribbean (from Florida ports), as well as cruises to the Caribbean from San Juan, Puerto Rico. Tropical locales and endless amounts of Disney magic—what more could you need in a “vacay”?

The Disney Wonder returns to San Diego for an extended season from March to May 2019, with a variety of cruises to Mexico—where DCL guests can enjoy all the colorful culture, pristine beaches, and exciting water activities the area is known for.

And in January 2019, three special Disney Wonder cruises from San Juan sail to the Southern Caribbean, visiting renowned tropical destinations. And with several Disney ships in port (and cruise lengths spanning three, four, and seven nights), vacationers looking for a getaway in early 2019 have a massive menu of options from Port Canaveral, near Orlando. And of course, each of these sailings include a day at DCL’s exclusive private island, Castaway Cay. 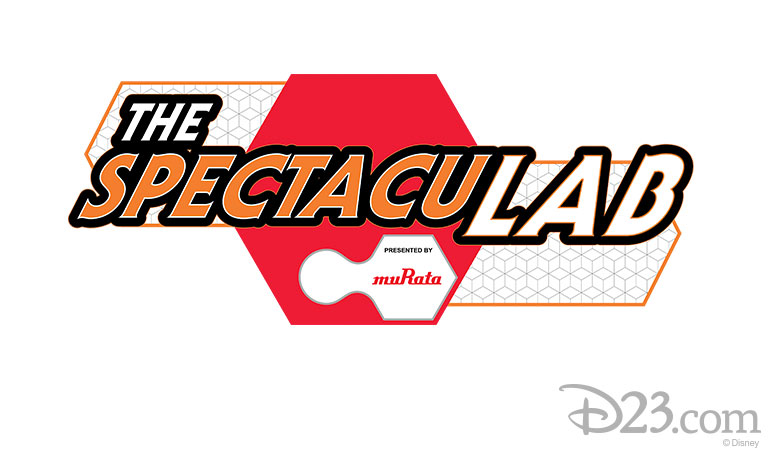 The SpectacuLAB Comes to Epcot This Month

There’s a cool new show coming to Walt Disney World this month… Epcot’s Innoventions will soon welcome The SpectacuLAB—an engaging new interactive show in which guests will join a group of real scientists (and their tech-savvy intern) for a series of cool experiments that put scientific principles like acceleration and ultrasonic pressure to the test.

Through this fascinating new presentation, Epcot guests of all ages will have the opportunity to participate in the demos—and to discover how each principle has inspired amazing technologies we enjoy today. To bring The SpectacuLAB to life, Walt Disney World is collaborating with sponsor Murata, a global leader in the design, manufacture, and supply of advanced electronic components, as well as with Science from Scientists, a nonprofit organization that aims to improve STEM literacy at schools.

Have your proverbial lab coats at the ready—The SpectacuLAB opens for science-y business soon. 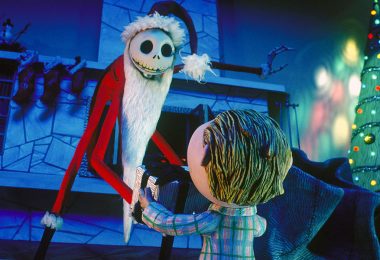 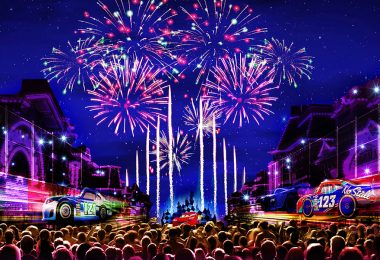 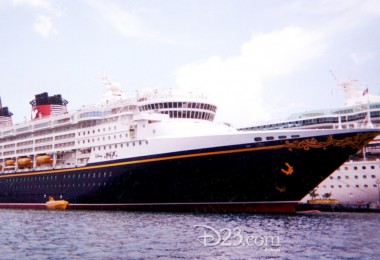