Since Pluto made his debut as Mickey Mouse’s loyal canine companion in the 1931 cartoon short The Moose Hunt, pets have held a special place in Disney history. They’re often the best kind of sidekick: a true-blue friend that’s ready for adventure. And they come in all kinds of shapes, sizes, and species—from dogs, rodents, and horses to… well, whatever Stitch is! It was a daunting task, but D23 chose 10 treasured Disney pets in honor of National Love Your Pet Day on February 20. 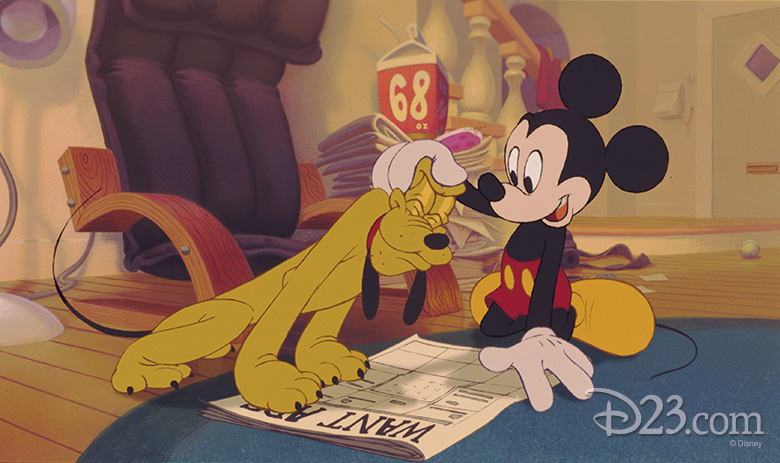 Pluto
The Disney pet that started it all, Pluto initially appeared as a bloodhound in the Mickey Mouse cartoon The Chain Gang in 1930. Eventually, he would star in 48 of his own cartoon shorts—plus countless appearances with Mickey and Donald Duck. He’s a steadfast pal with a powerful sense of smell… and adventure! 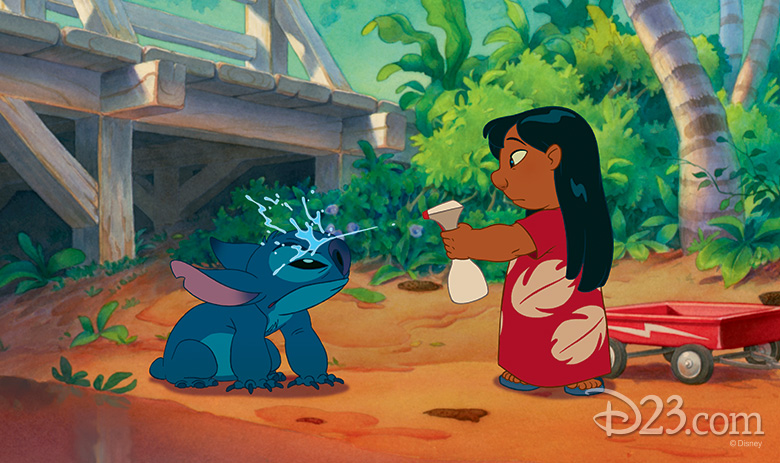 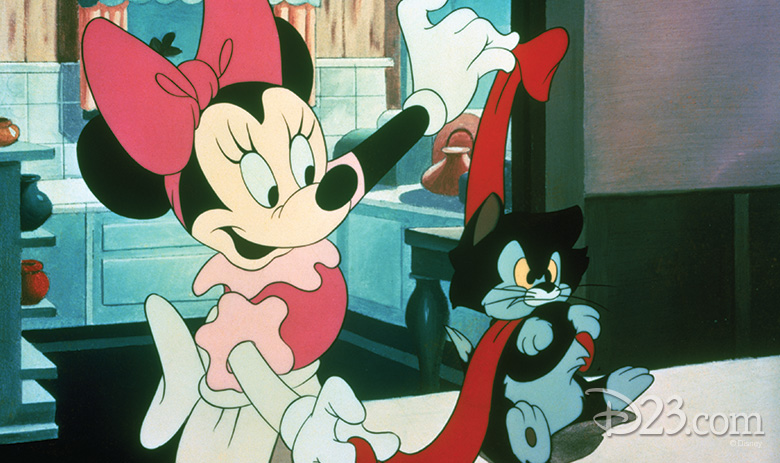 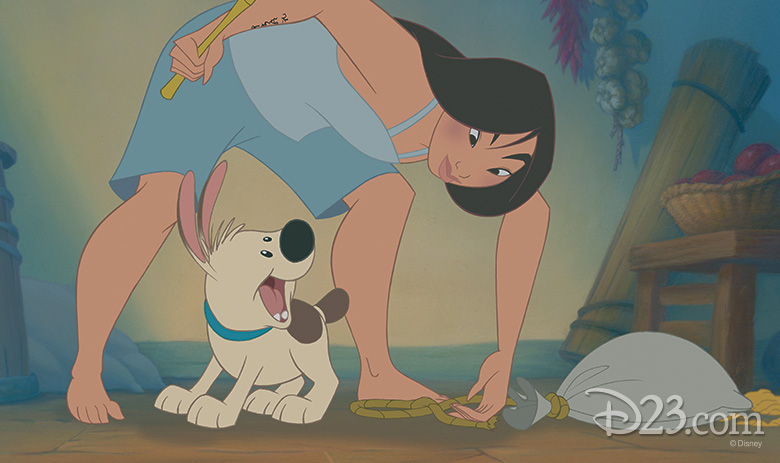 Little Brother (Mulan)
A dog may be thought of as “man’s best friend,” but for Mulan, her puppy is her “Little Brother,” in name as well as the affection she feels for him. And why wouldn’t she hold him in such high regard? The adorable canine is sweet, affectionate, and he can be enlisted—albeit unwittingly–into helping Mulan with her chores. That’s more than we can say for some human little brothers! 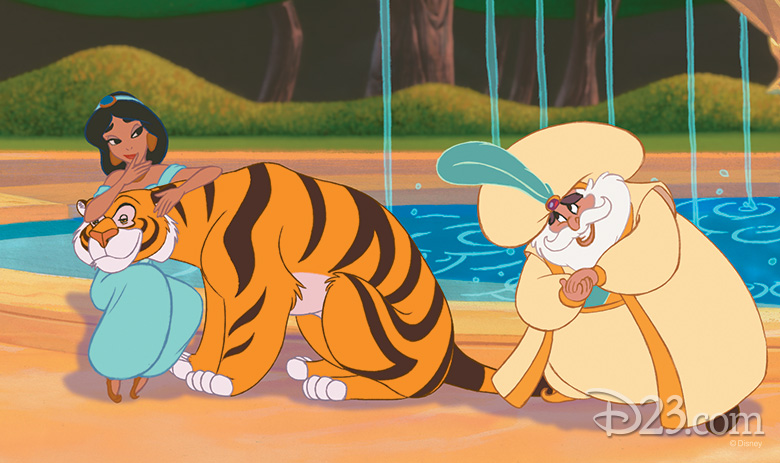 Rajah (Aladdin)
Together since he was a tiger cub, Rajah is Jasmine’s beloved pet and fierce protector—whether he’s shielding her from the evil Jafar or simply an unacceptable suitor. He’ll do anything to defend Princess Jasmine, though she’s no timid pussycat. Jasmine and Rajah are a perfectly matched pair. 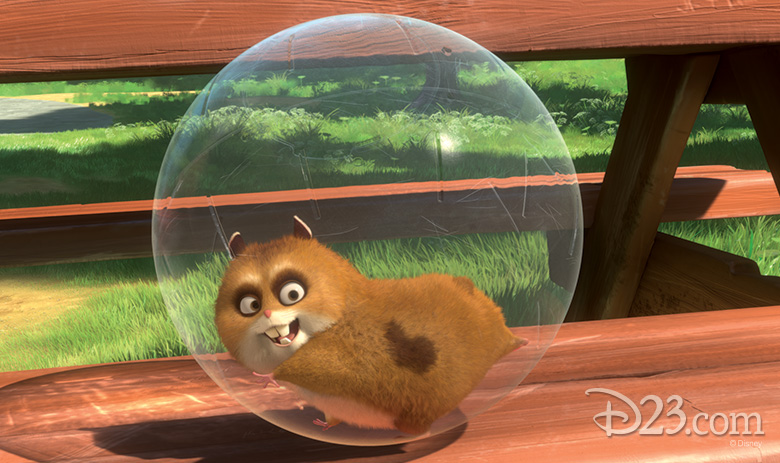 Rhino the Hamster (Bolt)
Have ball, will travel! Rhino, a hamster with claims of being 1/16 wolf with a little wolverine thrown in somewhere, is Bolt’s biggest fan, and he has no idea that Bolt’s “super powers” are but smoke and mirrors executed through the wonders of filmmaking magic. In fact, Rhino may be the only one in the film who never realizes this—what the little hamster lacks in intelligence, he more than makes up for in passion and enthusiasm. 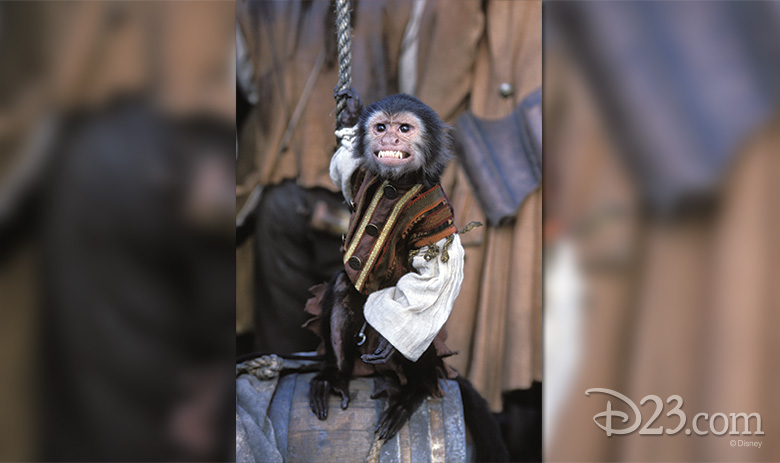 Jack the Monkey (Pirates of the Caribbean)
Hector Barbossa named his monkey Jack as a “tribute”—of the most insulting kind!—to Captain Jack Sparrow. The capuchin monkey is kind of cute, kind of mean, and a bit of a thief—but he’s usually loyal to someone he loves. Hmm… Maybe Barbossa wasn’t so off base in his choice of name, after all. 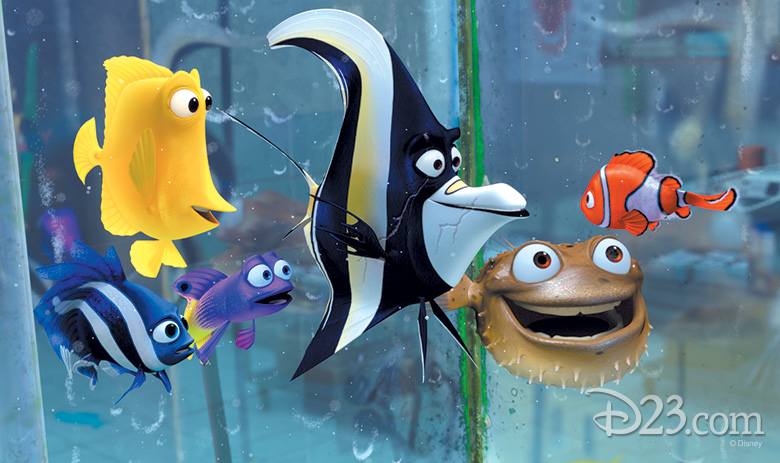 The Tank Fish (Finding Nemo)
Of all our favorite Disney pets, the gang from the tank in Dr. P. Sherman’s office might be the only ones you can’t dream about giving a cuddle or a pat to—but boy, are they entertaining. Whether we’re watching Bloat, the blowfish, blow up when he gets riled up (and, well, because that’s what blowfish do); hanging around with Peach the Sea Star; hearing Gill’s tales of life in the ocean; or watching Jacques try in vain to keep the tank clean, we have to admit to feeling a little sad when Nemo sets off on his big escape to return to the coral reef. 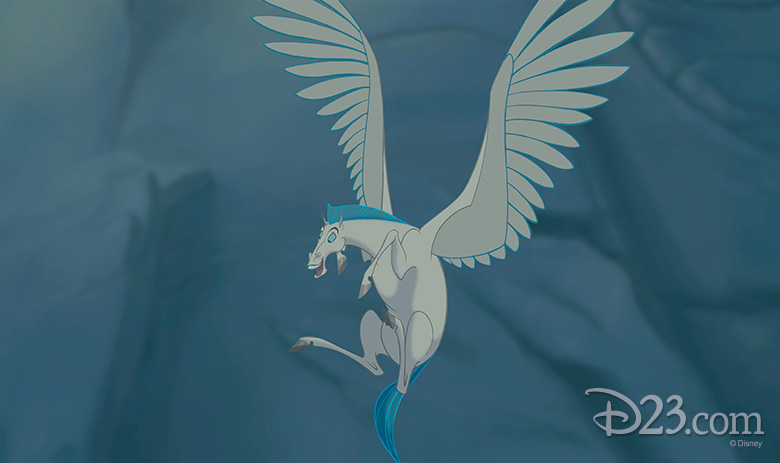 Pegasus (Hercules)
Created by Zeus as a gift for his son Hercules, Pegasus is “a magnificent horse with the brain of a bird.” While jealousy may be his vice, this mystical pet has the strength, stamina, insight, and response to rival any of the gods. 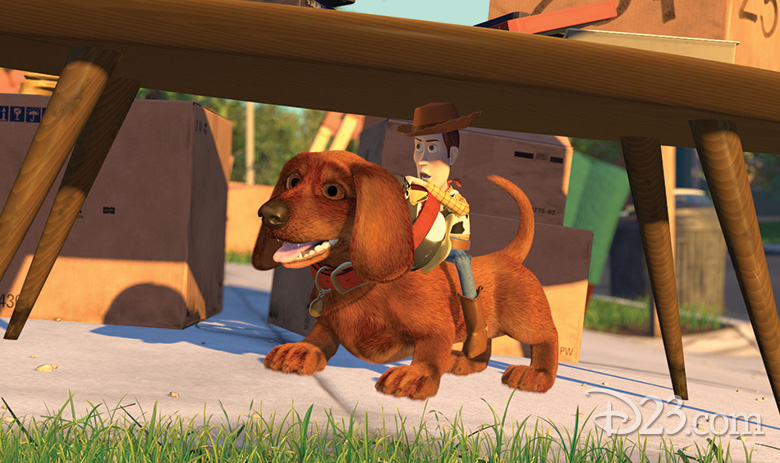 Buster (Toy Story 1, 2, & 3)
We all know that Andy’s room is filled with characters ranging from the rootinest tootinest cowboy to the intergalactic space ranger, but things change one Christmas morning as Buster excitedly joins the family. Buster is Andy’s pet dachshund that is able to understand the toys—and even break hide-and-seek records! As Andy departs for college, this Disney pet makes sure Molly steers clear of his owner’s prized possessions.