True or false: Is there a lively new game show that’s not only hilariously entertaining for the whole family, but also able to teach kids how to ask insightful questions; consider the responses; and trust their instincts… and might even reveal some fascinating facts, to boot? Thankfully, the answer is—true! And it debuts on Disney+ this Friday, May 22. 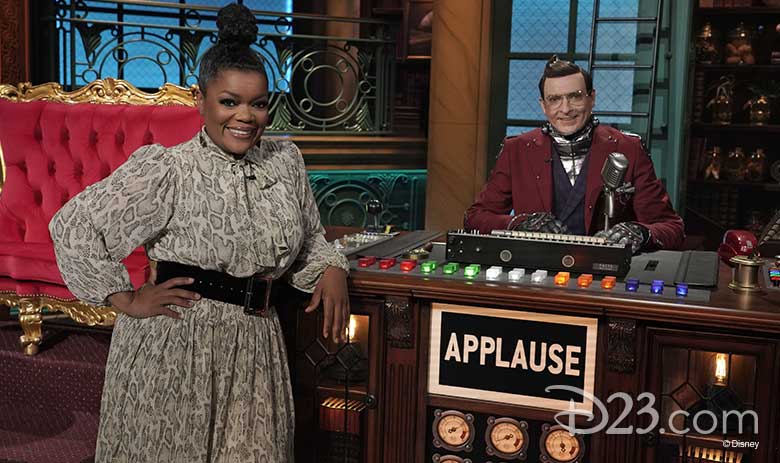 The Big Fib, hosted by Yvette Nicole Brown (the Disney+ Original Lady and the Tramp), is a brand-new comedy game show full of outrageous truths that sound like lies, and audacious lies that sound like the truth! Based on the popular kids podcast Pants on Fire, each episode of The Big Fib begins as a kid contestant plays a warm-up round, where a silly liar and an authentic expert share fabulous fibs and fun facts. Later, the main round finds the contestant asking questions of a true expert who’s paired with a really good liar on the same topic—and it’s up to the contestant to find the fibber; the always-interesting topics are often illustrated with cool visual clues and compelling props. And in the last round, the expert and the liar are put into the “hot seat” for some final rapid-fire queries from the contestant. Each episode culminates with the expert and liar standing under the not-so-dreaded Fib Foam machine to await their fate; if the kid chooses correctly, the liar gets foamed! Along the way, Brown is assisted in her hosting duties by C.L.I.V.E., a know-it-all robot sidekick (with a penchant for zany sound effects) played by comedian Rhys Darby.

D23 recently chatted with Brown about her involvement in The Big Fib—and her excitement for such a fun, thought-provoking new show for kids is unmistakable. “I happily came on board as a producer,” Brown says, “because I believe in educating kids with fun. I think that’s the best way for kids to learn! I also love entertainment where parents and kids can all watch together. And I think that we’ve created something that all ages will enjoy—and it just so happens that the kids get to be in control, which I also love.” 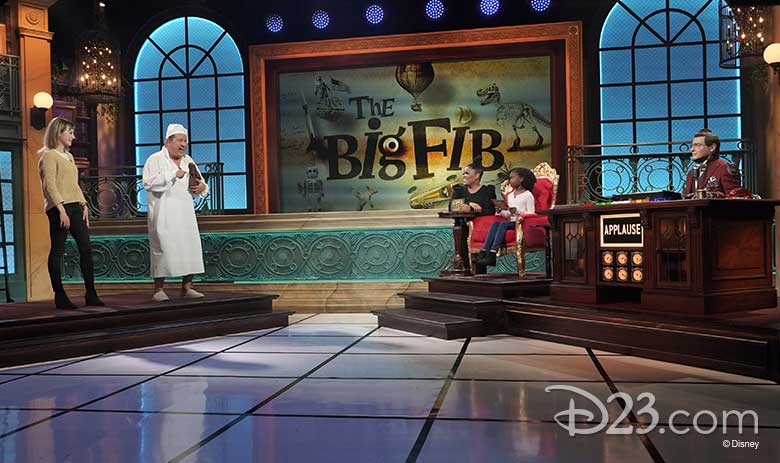 Speaking of, it was important for Brown to let the kid contestants know they were in a totally safe, and totally awesome, space: “I made sure that all the kids were taken care of,” she explains. “I made sure that everyone felt accepted and loved… When we got on set, and it became time to decide what we should do in regards to, how do we deal with the kids that don’t ‘win’—how do we treat them? Where do they stand? I was the one who was there [saying] ‘This is what I think we should do’… [But] the show is not about winning, and I want to make sure that everyone that watches the show knows that it’s not about whether the kid actually can pick out the fibber; it’s about learning fun things and celebrating the fact that kids are in charge… I’m proud that I got to set the tone for what we were doing.”

Each episode of The Big Fib begins, strategically, with “a first round that cleanses your palate and lets you know that this is the world you’re in,” explains Brown. “We have an outlandish comedic actor come out and say crazy things, so that the kid can think, ‘There’s no way that person is telling the truth,’ right? So then by the time we get to the actual expert, they’re ready to go.” And when it comes time for the contestant to question the expert and the really good liar, that’s where the real thrills begin. “The funny thing about it is, a lot of the fibbers know a lot about the subject as well,” she says. “It wasn’t like every fibber came out telling total lies and every expert told total truths. That’s what made it so interesting… because every liar puts a little bit of truth in there. That’s really the crux of the game.”

Adding to the shenanigans is C.L.I.V.E. (an acronym for “Computerized Library of Information & Virtual Expert”), portrayed by actor, comedian, and vocal sound-effect whiz Rhys Darby (Jumanji). “Rhys brings the magic wherever he goes,” admits Brown. “He is a beast when it comes to comedy… C.L.I.V.E. is there to be the voice of all knowledge—he’s there to be able to insert some [info] that we don’t know.” But unlike the true experts, C.L.I.V.E. does occasionally try to trip the contestants up; “Sometimes he’ll throw something in that makes you go, ‘Wait a minute, what is that?’ And then it’s always the expert’s job to come in and go ‘Well, maybe’,” Brown explains, chuckling. “There were times when I was literally chewing the inside of my jaw [trying not to laugh], because I never knew what he was going to do with C.L.I.V.E. The two of us didn’t have rehearsal. So I get out there and take the ride with him… I think what [Rhys] brings is a sense of whimsy, that sense of Disney magic.” 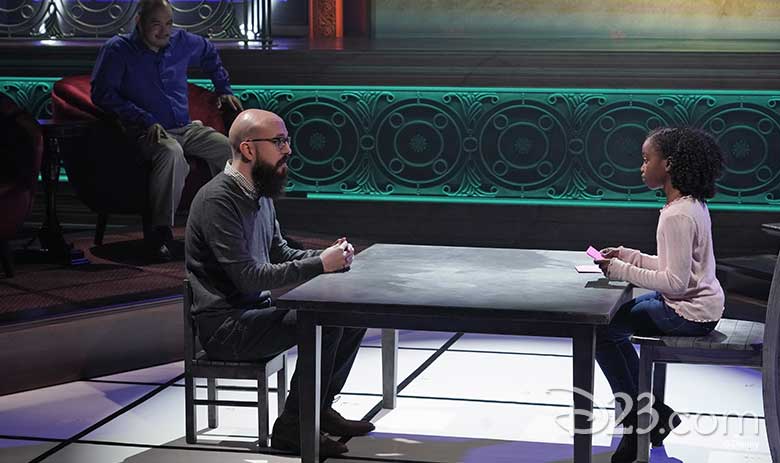 Brown’s favorite round of the show? “Everything about the final [interrogation] round delighted me every single time we got there,” she says, laughing. “They put the adult in these really tiny, uncomfortable chairs—so funny! [And] these kids are ‘lording’ over these adults and there’s the harsh light and the kids are talking at rapid speed… That was my favorite part, every time!”

Ultimately, by enjoying The Big Fib, Brown hopes audiences “take away that learning is fun. That being an expert in something is cool, and that it’s not ‘nerdy’ to really care about things to the point where you can be considered an expert. And I hope they learn that kids’ thoughts and opinions and questions matter… I would come out and talk to the studio audience before every show, to thank them for coming, and I’d always say, ‘This is technically a kids’ game show, but it’s not just for kids. Everybody can learn something’… It’s a lesson for all of us, but it’s a fun lesson. It’s a Disney lesson—it’s just great!”

See The Big Fib beginning Friday, May 22, only on Disney+! 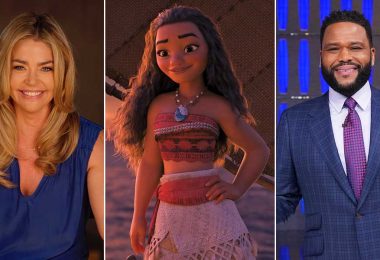 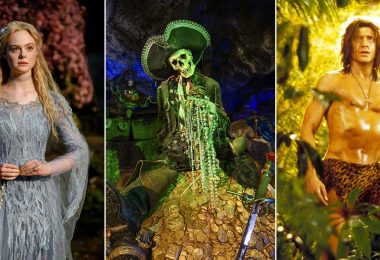 Everything New You Can Stream on Disney+ in May 2020