D23 Gold Members can download a full digital magazine spread for this article, with additional content and photos, here. Not a Gold Member but want to join? Click here for more information.

Fifty-five years ago, Disney opened four groundbreaking attractions at the New York World’s Fair. Where are they now?

The 1964–65 New York World’s Fair marked an awesome significant turning point for Walt Disney and the incredible company he had built. The 1960s were a time of great change and innovation in the world, and Disneyland was no exception. In an effort to ensure the park would, in Walt’s own words, “never be completed,” he and his team pitched themselves to a bevy of American institutions to create eye-catching World’s Fair pavilions that guests would never forget and would provide Walt with a major opportunity: Walt could create new attractions that would be financed by pavilion hosts. Following the Fair, those attractions could live on at Disneyland. It also enabled Disney to test out a primarily East Coast audience’s appetite for its revolutionary form of themed entertainment, as the Company was considering an expansive new, well, world on the Eastern seaboard.

Lucky for Disney fans around the world, guests can still experience many of the beloved attractions, which debuted at the Fair, at our parks today. And here is how… 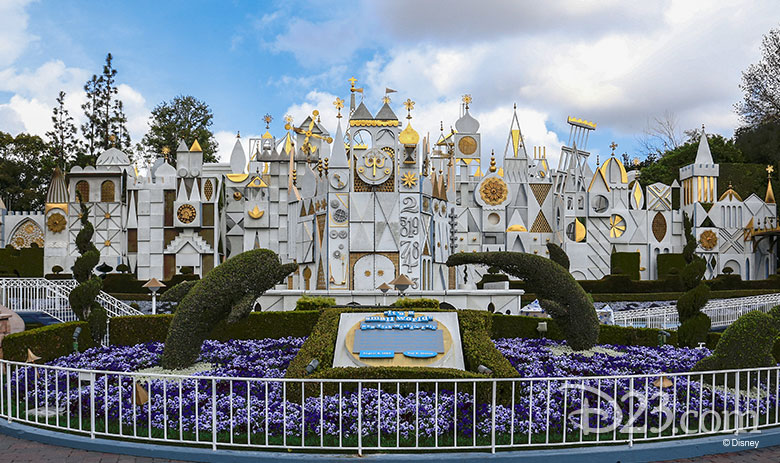 Created as a “salute to the children of the world” for UNICEF—and installed in the Pepsi-Cola pavilion, it’s a small world was a landmark for Disney attractions. By loading passengers onto continually circulating boats to sail them through the charming attraction, it increased the through-put of guests in a massive way. No more did visitors have to wait for the train to return to the station (quite literally at Disneyland), as a fleet was ready to ferry folks on a global tour. Crowds were dazzled by the extraordinary colors and designs of Mary Blair, the costuming couture of Alice Davis, and figure design and articulated animation by Marc Davis (who was married to Alice). The original attraction was transported to Anaheim following the Fair—including the water trough that sailed guests through the attraction!—and can be enjoyed to this day at Disneyland. The Sherman brothers penned the attraction’s titular song, which can now be heard around the world at five of Disney’s theme park resorts—Disneyland, Walt Disney World, Disneyland Paris, Tokyo Disneyland, and Hong Kong Disneyland—where versions of the attraction (all inspired by the artwork of Mary Blair) are enjoyed by guests every day. 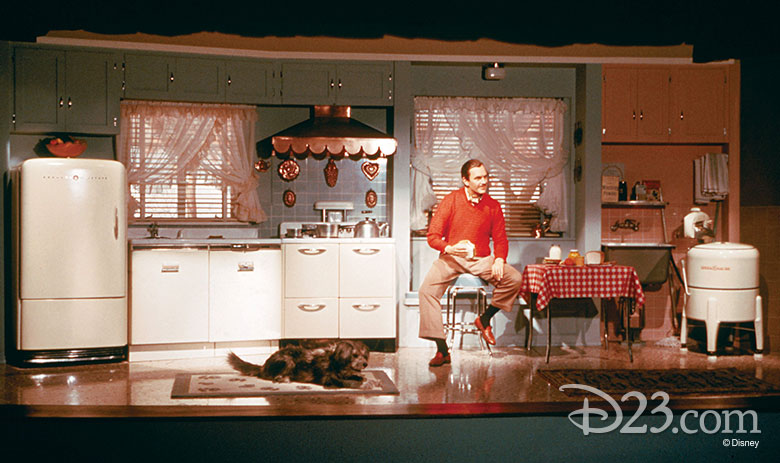 If ever there was an attraction that embodied Walt Disney, the man, it was Carousel of Progress, which debuted as part of General Electric’s pavilion. Not only was Walt intimately involved in the design of the show, which follows an American family in the Midwest through years of technological innovation and progress, the attraction embodied many of Walt’s values—a fond nostalgia for the past and an optimism about tomorrow. After enjoying a long run at Disneyland, the Carousel was moved to Walt Disney World, where it opened at the Magic Kingdom in January 1975, including all the original GE appliances that washed and whirred. While the final scene of the show, now called Walt Disney’s Carousel of Progress, has been updated to include virtual reality and voice-controlled appliances, the original three scenes (set in the 1890s, 1920s, and 1940s) remain virtually the same as they were at the Fair. The Sherman brothers crafted the catchy tune “There’s a Great Big Beautiful Tomorrow” for the attraction at the Fair, and the melody is still sung by the show’s “cast”—and many Disney fans in the audience—to this day. 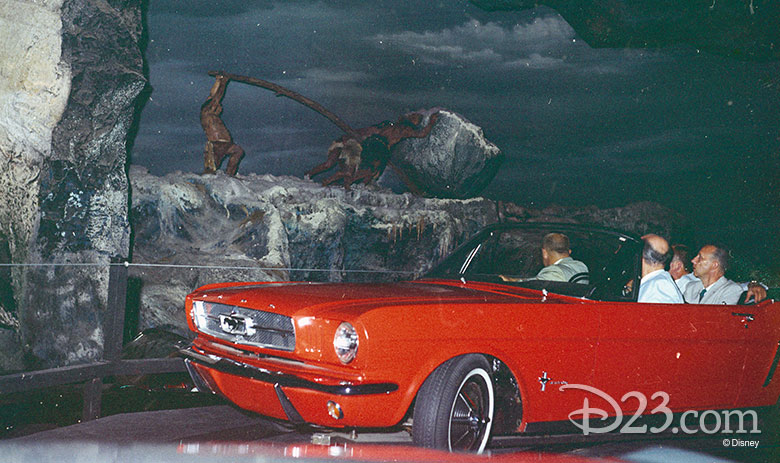 Ford’s Magic Skyway was, in Walt’s own words, Disney’s “highway in the sky” (apologies to the Monorail). Inside Ford Motor’s Wonder Rotunda, guests boarded actual Ford vehicles as they “drove” into the past to experience the evolution of transportation. To move guests on this massive journey, the cars were set on a network of rollers to keep them in virtual perpetual motion—the birth of the Omnimover system. Guests were transported to “the dawn of time,” which included a pack of dinosaurs, some of whom can be seen today in the Primeval World Diorama on the Disneyland Railroad. There’s also a similar version of the Primeval World, inspired by Disneyland’s and the World’s Fair, which is part of the Western River Railroad at Tokyo Disneyland. Additionally, the Walt Disney Archives has a stegosaurus from the pavilion in its collection which measures 20’ long, 12’ high, and 12’ wide. He has not yet been publicly displayed by the Archives, but we hear he has a roaring good time with the team. 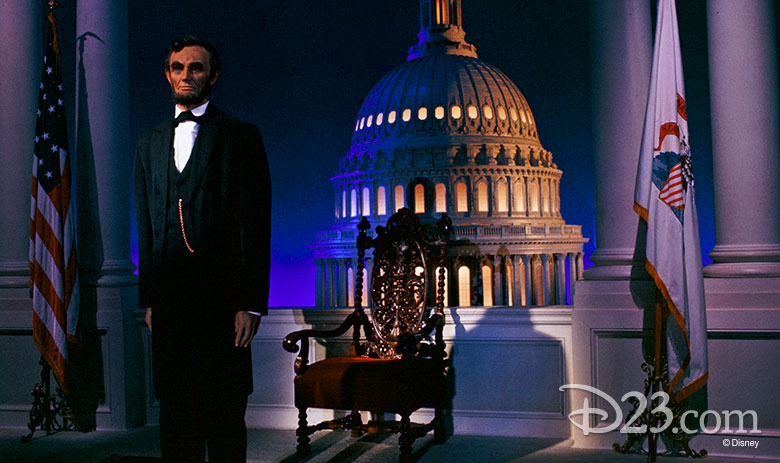 Walt Disney was a great admirer of President Abraham Lincoln, and Disney’s Great Moments with Mr. Lincoln attraction, created for the State of Illinois’ pavilion, remains an unrivaled tribute to the “Great Emancipator.” Walt eschewed having his state-of-the-art Audio-Animatronics® figure give the well-known Gettysburg Address in favor of an artfully crafted combination of five of Lincoln’s speeches to better exemplify his “principles, ideals, and philosophies.” The show was such a hit at the Fair, Imagineers began creating a version for Disneyland that would open on July 18, 1965, several months before the Fair ended. While the original Audio-Animatronics® figure has been updated—and includes a greater range of facial movements—the original Lincoln recordings made for the Fair by actor Royal Dano (who had played the president before on film) can be heard in The Disneyland Story presenting Great Moments with Mr. Lincoln today. And guests who visit One Man’s Dream at Disney’s Hollywood Studios can see one of the original Lincoln figures and its programming board up close and on display in the attraction. 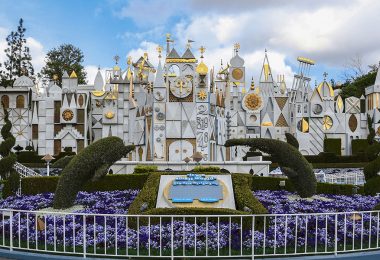 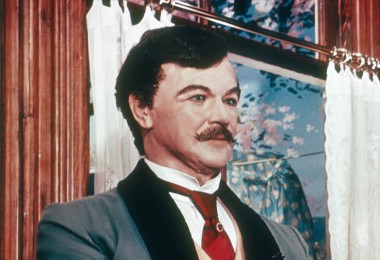