There have been a whole series of Disney U.S. postage stamps recently, but the earliest Disney stamp was the commemorative issue honoring Walt himself in September 1968, less than two years after the great showman’s passing.

The norm had been to so honor individuals (except U.S. Presidents) who were dead for a significant time (it’s varied from five to 10 years). But persistent efforts from congressmen, senators, and everyday citizens sought an exception for Walt. Then California governor Ronald Reagan wrote a letter to the Postmaster General—the handwritten draft is in the Walt Disney Archives—reading in part, “…his contributions to humanity… can be summed up by simply saying that because of him the world is a richer, better place.” The first-class art for the resulting stamp was created by Disney artists Paul Wenzel (the portrait) and Disney Legend Bob Moore (the international cast of children from around the world).

The “First Day of Issue” ceremonies took place in Marceline, Missouri. Postmaster General W. Marvin Watson and Mrs. Lillian Disney—who attended with 16 other members of the Disney family—unveiled a plaque reading, “Commemorative Stamp Honoring Walt Disney, Marceline’s Favorite Son, was Issued From This Post Office September 11, 1968.” As a fitting postscript (so to speak), the Marceline post office was officially renamed “The Walt Disney Post Office” by the USPS on August 23, 2004. 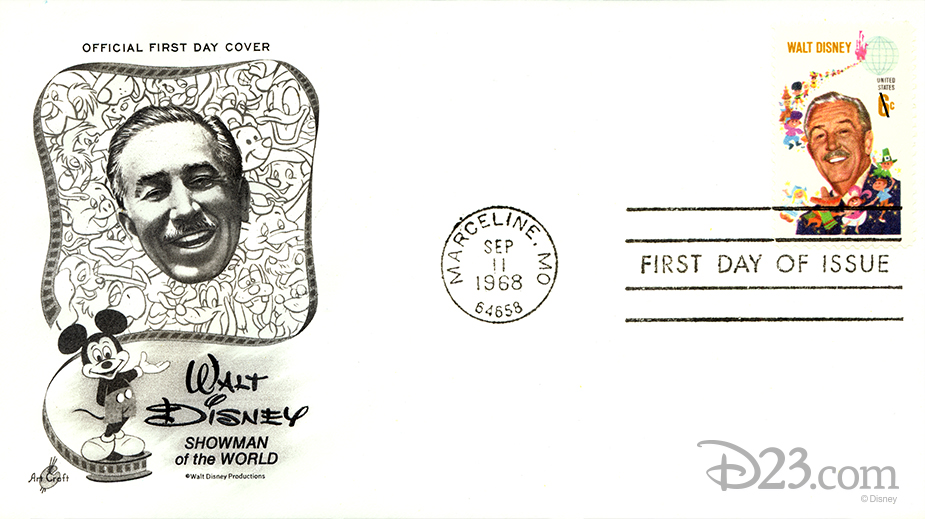 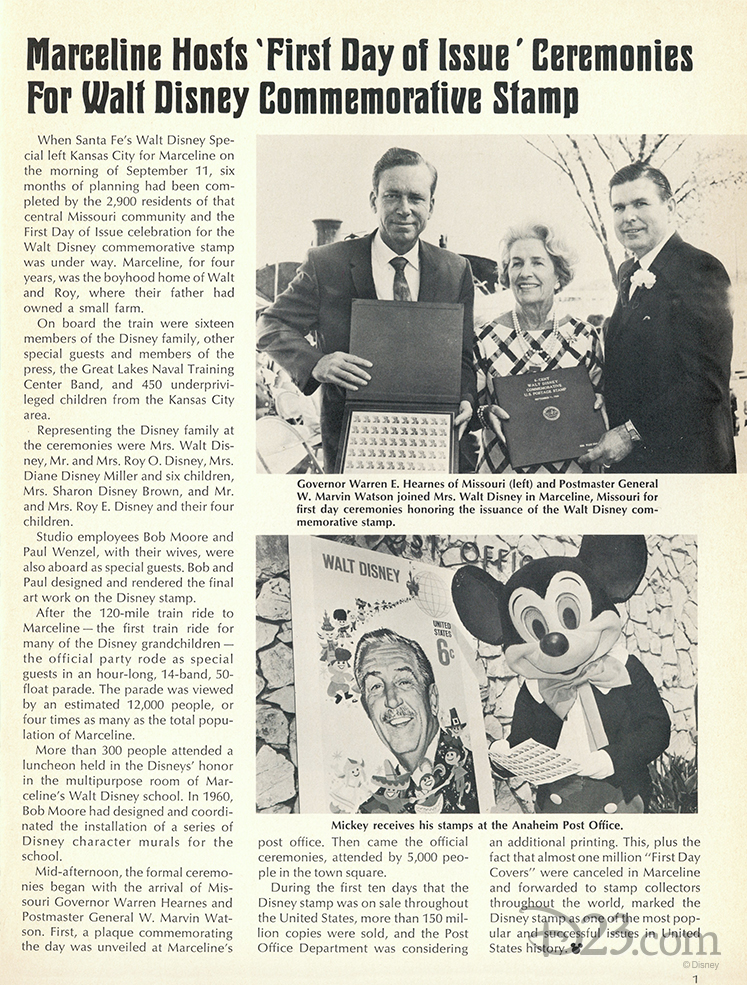 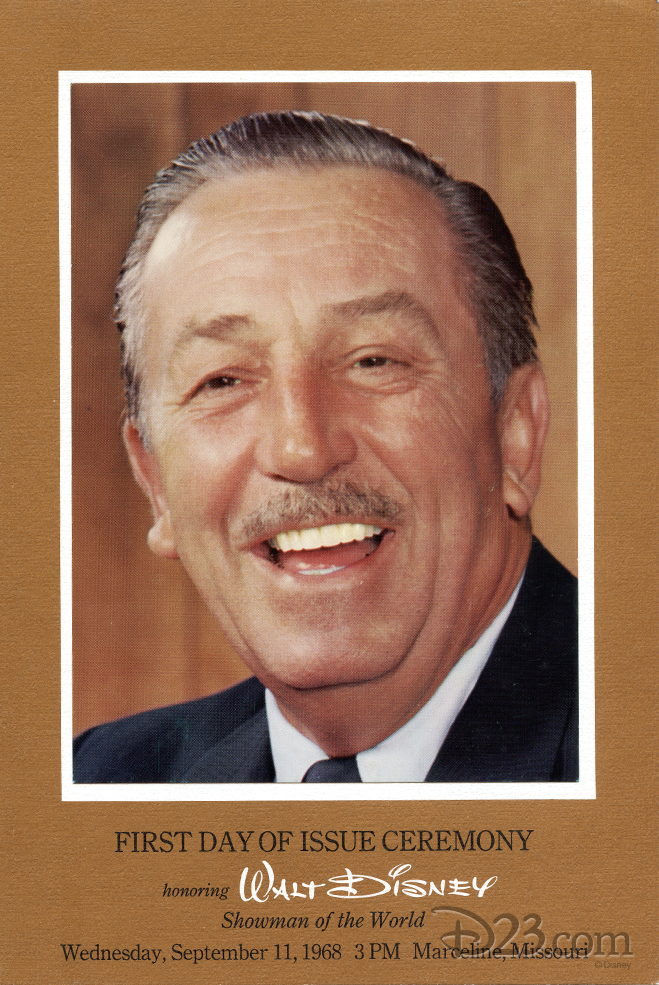 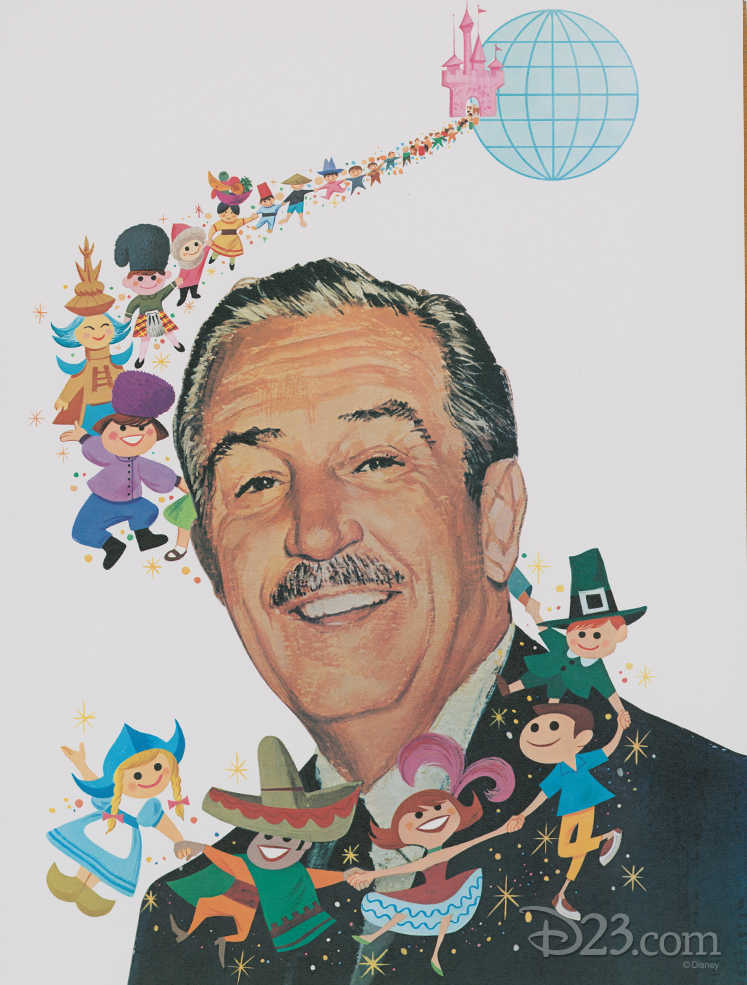 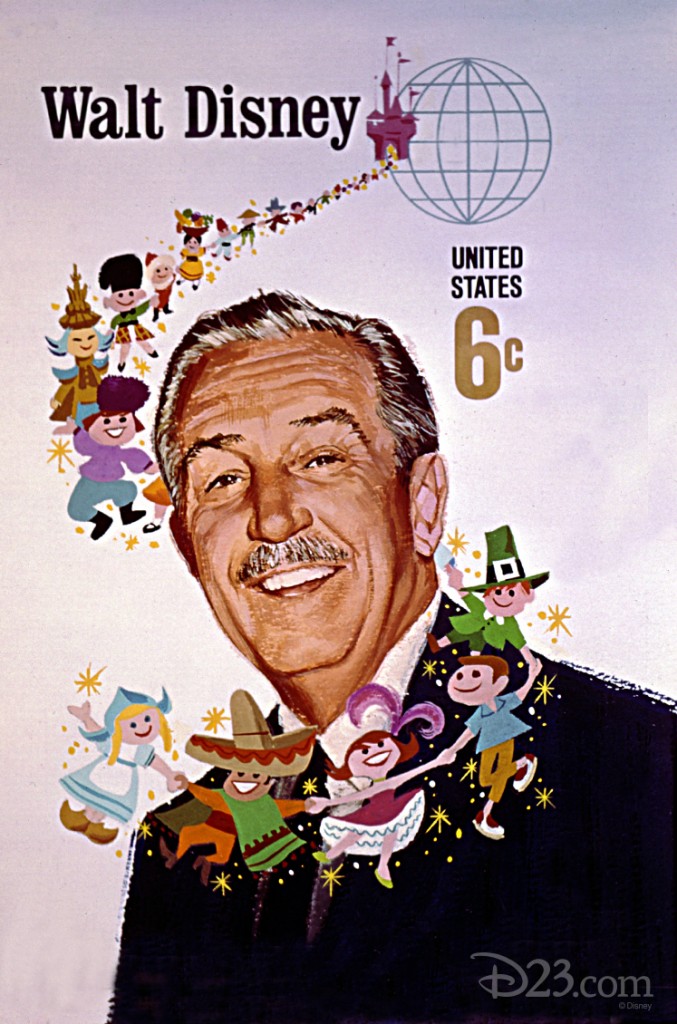