We’re celebrating all things Mickey Mouse, and we’re calling all of you Mickey fans to test your knowledge of one of the most legendary pals in the world. Are you the ultimate fan, or are you just getting acquainted with the mouse himself? Test your knowledge to find out! Want even more Mickey knowledge? Learn about our favorite pal and his amazing travels around the world! Scroll down for the answers, and to see how much you really know the Mouse!

4. True or false: Donald Duck has starred in more theatrically released cartoon shorts than Mickey Mouse?
A) True
B) False

5. What was Mickey Mouse’s original name until Lillian Disney suggested an alternative?
A) Maximillian
B) Willie
C) Mortimer
D) His name was always Mickey

6. What was the title of the first theatrically released color cartoon to feature Mickey?
A) Mickey’s Kangaroo
B) The Band Concert
C) The Delivery Boy
D) Brave Little Tailor

8. Mickey Mouse took a 30-year break from appearing in theatrically released cartoons between 1953 and 1983. Which cartoon marked his fabulous return?
A) The Simple Things
B) Plutopia
C) The Prince and the Pauper
D) Mickey’s Christmas Carol

1. A) It was the first fully synchronized sound cartoon.
Steamboat Willie was the third Mickey Mouse cartoon to be made, but the first to be released, debuting on November 18, 1928 in The Colony Theater in New York.

4. A) True
Our favorite cranky feathered friend beats out Mickey Mouse on star billing by about seven short films!

6. B) The Band Concert
Mickey Mouse’s first color cartoon premiered on February 23, 1935. However the last all-black-and-white Mickey cartoon, Mickey’s Kangaroo, premiered on April 13, 1935, two months after the first color one.

7. C) 1932
In 1932, Walt Disney was presented with an honorary Oscar for his creation of Mickey Mouse, and created a special cartoon for the ceremony. Entitled Parade of Award Nominees, the cartoon presented the acting candidates in a fun-filled animated caricature form designed by Disney Legend Joe Grant.

0-2/8
Well…You’re certainly not at the top, but that doesn’t mean you can’t get there! We’re willing to bet that after a couple cartoon refreshers and maybe taking another pass at this quiz, you’ll be climbing through the ranks in no time!

3-4/8
Aw shucks, you’re right in the middle! Maybe your Mickey memories are just a bit foggy, or maybe you’re a new fan still learning all the quintessential facts; either way, there’s always room for more Mickey in your life!

5-6/8
Hot Dog! You’re almost there! You may not be the best of the best when it comes to all things Mickey Mouse, but you’re just about there. Maybe it’s time to settle in and revisit some of your favorite Mickey Mouse cartoons.

7-8/8
Oh, Boy! You’re a bona fide Mickey Mouse expert! We can only stand back and applaud your genuine Mickey knowledge. 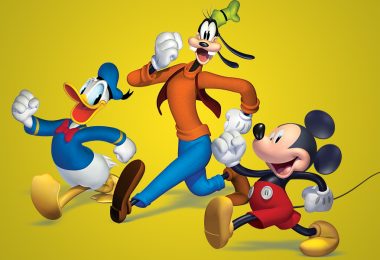 Which Member of the Mickey and Friends Group Are You Most Like? 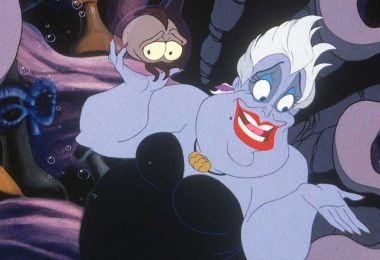