This month, we’re ringing in 50 magical years of Walt Disney World Resort—but here at D23, we’ve been celebrating this milestone anniversary all year long, thanks to our 2021 D23 Gold Member Collector set! The Collector Set takes inspiration from the classic souvenirs of “The Vacation Kingdom of the World.” With “The World’s Most Magical Celebration” underway, we asked our friends at the Walt Disney Archives to join in the fun by sharing some of the items from their collection that inspired the exclusive items in our Collector Set! Get more information on the 2021 D23 Gold Member Collector set here, and read on to take a nostalgic trip into souvenirs from Walt Disney World’s past. 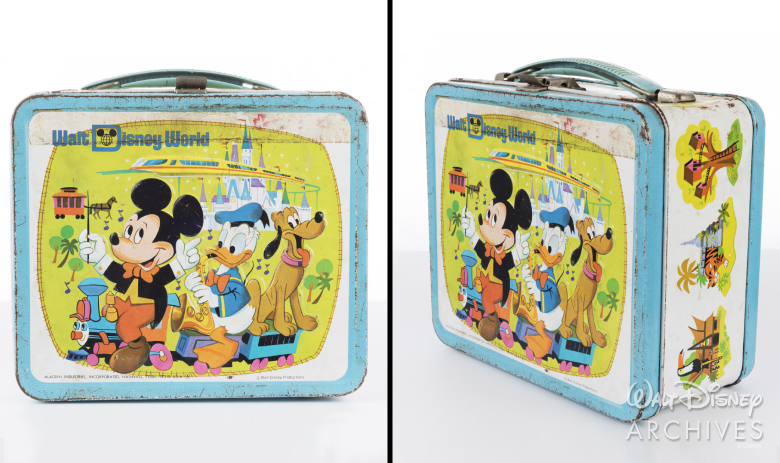 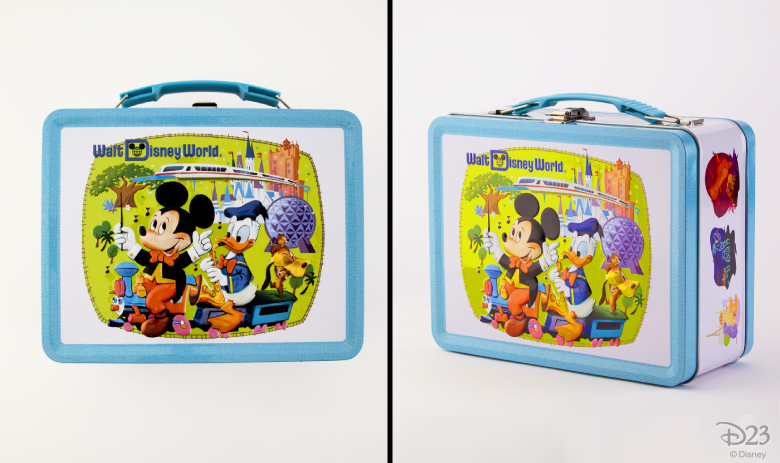 Souvenir Lunchbox
A fan-favorite souvenir from early in the resort’s history, the 1973 Walt Disney World lunchbox was a natural inspiration for the centerpiece of our collector set. The original lunchbox features Mickey, Donald, and Goofy on the front, with vignettes from around Magic Kingdom park on the sides. Our updated version for the 50th anniversary, designed by Kevin Kidney and Jody Daily, features Mickey, Donald, Chip, and Dale (carrying a Pluto hat as a nod to the original lunchbox); 48 years after the original lunchbox debuted, the resort now has four fabulous parks, and icons from all four them appear in the background. The vignettes on the sides of the lunchbox feature updated scenes from Typhoon Lagoon, Remy’s Ratatouille Adventure, and more!

Got an appetite for even more information on how the new lunchbox was designed? Check out this interview with designers Kevin Kidney and Jody Daily here. 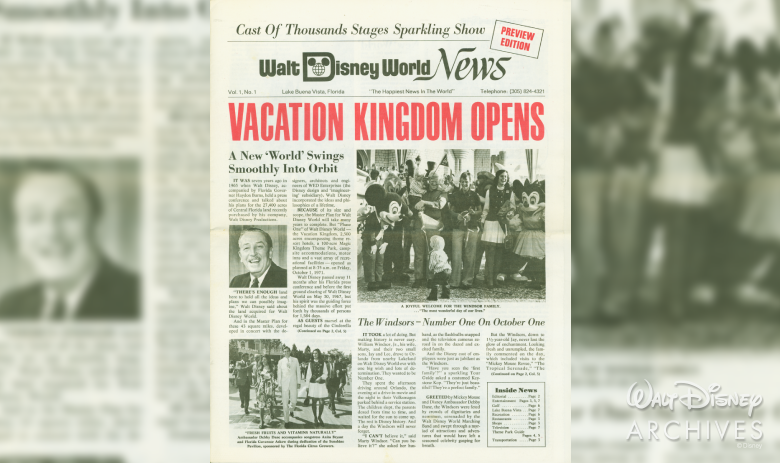 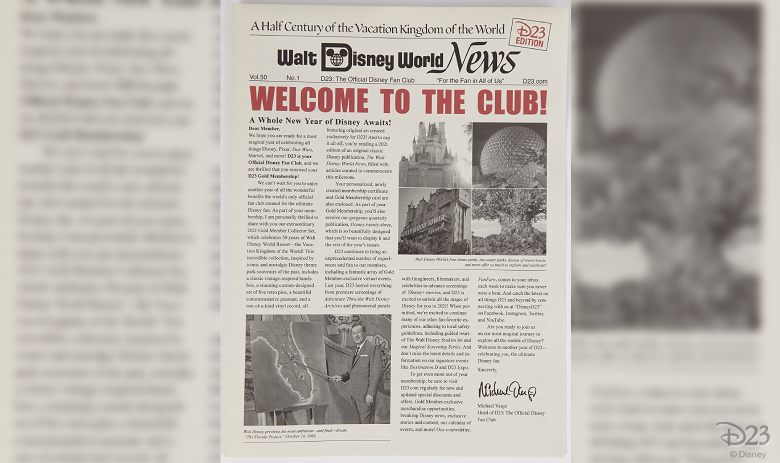 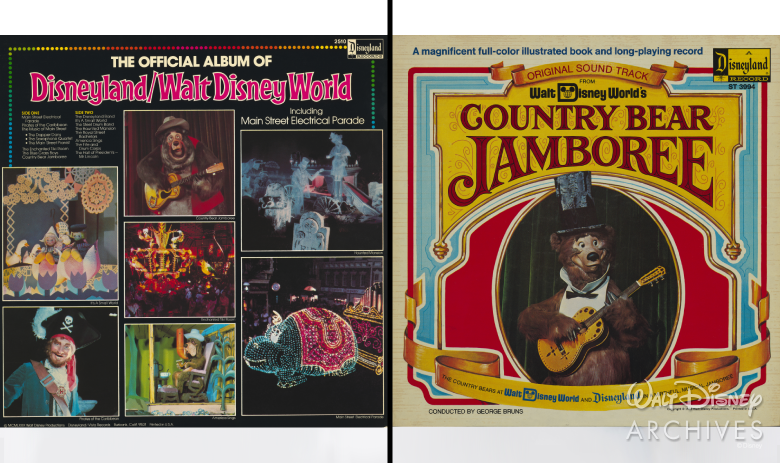 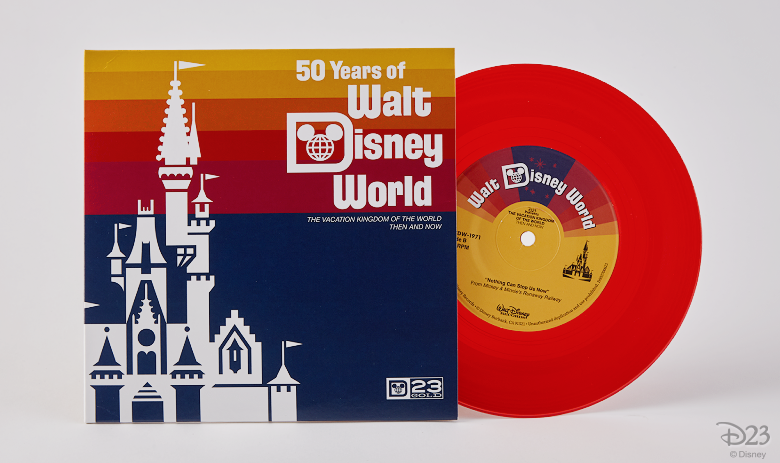 Vinyl Record
The music of Walt Disney World Resort has appeared on vinyl many times, including The Official Album of Walt Disney World pictured above. Our mini-version of this souvenir, made in partnership with Walt Disney Records, features the 1971 classic “Bear Band Serenade” from Country Bear Jamboree on one side, and the modern classic “Nothing Can Stop Us Now” from Mickey & Minnie’s Runaway Railway on the other. While the toe-tapping tunes of Country Bear Jamboree have their own vinyl record (pictured above, right) “Nothing Can Stop Us Now” makes its vinyl debut on this retro-inspired disk. 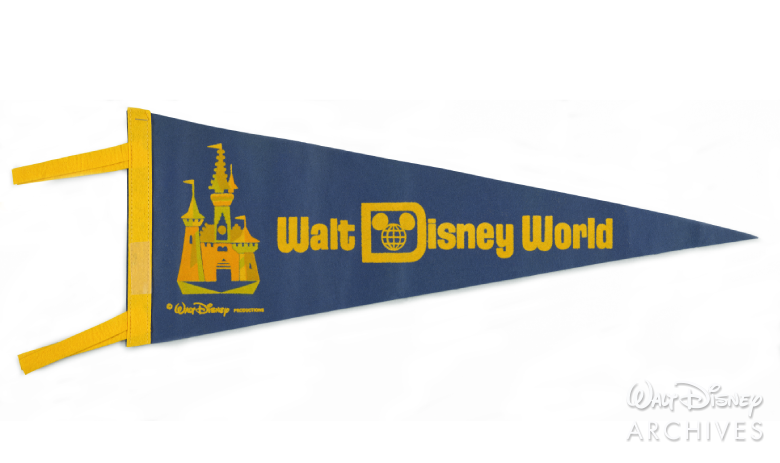 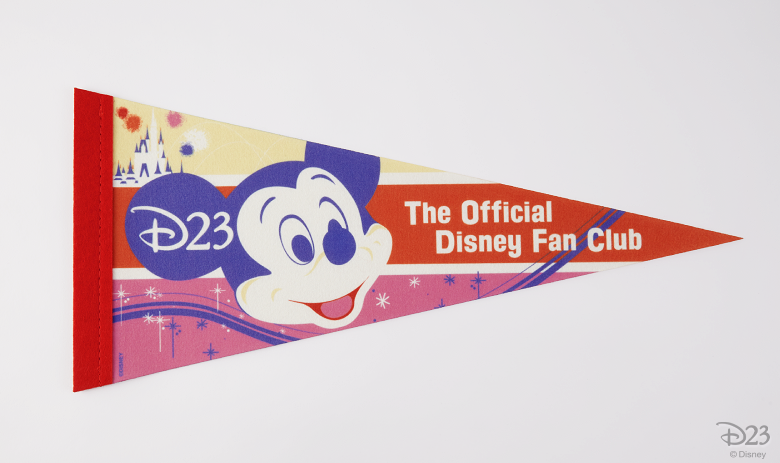 Pennant
While pennants typically commemorate favorite sports teams, nothing makes us cheer like a fun-filled trip to Walt Disney World Resort! Inspired by this classic souvenir, the 2021 D23 Gold Member collector set features a pennant commemorating a different “team,” so to speak: The Official Disney Fan Club! The full-sized D23 pennant was designed by artist and the Official Voice of Mickey Mouse, Bret Iwan, and features a nod to classic pennants with the iconic Cinderella castle sparkling in the distance.

If you haven’t already joined D23 and want this exclusive set inspired by iconic Walt Disney World history, you can join D23 here. The 2021 D23 Gold Member Collector set is included as part of your D23 Gold Membership. Already a member, but have a history buff in your life who’d love a Collector Set of their own? For a limited time, D23 Gold Members can purchase an extra collector set—get more details here. 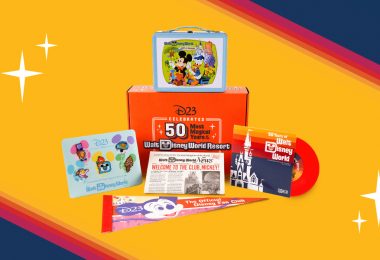 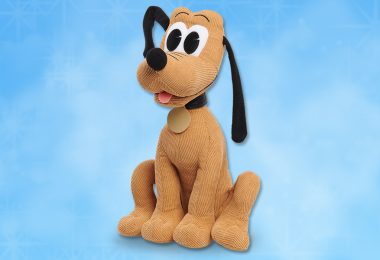