Like Rapunzel in Tangled, we see the light—the spotlight, that is! Today Disney Cruise Line (DCL) announced that beginning this November, the characters and music we love from Walt Disney Animation Studios’ beloved film will come to life on stage aboard the Disney Magic. This will mark the first time Tangled has been adapted for the stage.

Tangled: The Musical will recreate Rapunzel’s fairy tale using lavish production numbers and spellbinding music. DCL audiences will, of course, enjoy live performances of their favorite songs from the film, including “When Will My Life Begin,” “Mother Knows Best,” “I Have a Dream,” and the Grammy® Award-winning “I See the Light.” But DCL announced that this show will also feature three brand-new songs created exclusively for Tangled: the Musical by Academy Award®-winning composer Alan Menken and Grammy-winning lyricist Glenn Slater.

The story we fell in love with in the film will now feature a few special twists to create a live staged production, but all of our favorites will appear live on stage: Rapunzel, Flynn Rider, Mother Gothel, and Maximus the police horse. We’ll watch Rapunzel escape the confines of her tower and the clutches of Mother Gothel, who wishes to shield the secret of Rapunzel’s magical golden tresses and royal roots. Rapunzel strikes up an unlikely friendship with the suave, crown-stealing bandit Flynn Rider, and together they face ruffians, thugs, and a budding romance on their hair-raising journey.

On board the Disney Magic, the 977-seat Walt Disney Theatre will become Rapunzel’s fanciful Bavarian kingdom. The all-star creative team behind the extravagant production includes director Gordon Greenberg and choreographer Connor Gallagher, in addition to Menken, Slater, and a bevy of top-notch theatrical talent.

Michael Curry, the master puppet designer whose creations are featured in Disney’s Tony Award®-winning musical The Lion King on Broadway will bring the rambunctious Maximus to life. Maximus was known to steal a scene or two in the animated Tangled, and with the help of the whinnying puppet performer within, the character is sure to be a standout on stage as well.

The musical’s colorful costumes—including the townspeople’s bright hues and Rapunzel’s feminine florals—are being created by Tony winner Paloma Young. The sets—Rapunzel’s tower, the lakeside setting of the iconic floating lanterns scene, and even the Snuggly Duckling tavern—will be designed by Bradley Kaye (Disney’s Aladdin—A Musical Spectacular).

Voyages on the Disney Magic are known for their exclusive live entertainment, such as Twice Charmed: An Original Twist on the Cinderella Story and Disney Dreams . . .  An Enchanted Classic (which is debuting a new Frozen-themed segment beginning in summer 2015).

Tangled: The Musical is set to premiere during the Disney Magic‘s four-night Bahamian sailing that departs Miami on November 11. To learn more, visit Disney Cruise Line‘s official website. This news is likely to have Disney fans singing to themselves, “When will my cruise begin?” 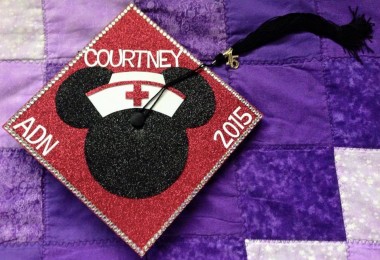