Cue the iconic John Williams fanfare—there is breaking news from a galaxy, far, far away! As exciting details emerge about Star Wars: Galaxy’s Edge, one burning question has lingered: When can we visit this wondrous new land? Well, polish that lightsaber and prepare for lightspeed because Star Wars: Galaxy’s Edge is set to open on May 31 at Disneyland Resort in California and on August 29 at Disney’s Hollywood Studios in Florida, debuting early because of high guest interest in the immersive land.

When you first arrive at Star Wars: Galaxy’s Edge on opening day for phase one, you’ll have the opportunity to take in the sights, sounds, and experiences of Batuu—from the local watering hole, Oga’s Cantina, to the thrilling new attraction Millennium Falcon: Smugglers Run, which places you in control of the most famous ship in the galaxy as you live out your very own Star Wars story.

Later this year, Star Wars: Rise of the Resistance will open for phase two—and you’ll find yourself in the middle of a climactic battle between the First Order and the Resistance as you experience the most ambitious, immersive, and advanced attraction ever. The land is opening in phases so that guests can sooner enjoy the unique, out-of-this-world experiences that will only be found at Star Wars: Galaxy’s Edge.

If you’re planning to visit Star Wars: Galaxy’s Edge at Disneyland park between May 31 and June 23, 2019, you needn’t bring your own protocol droid—but you will need a valid theme park admission and you’ll be required to make a no-cost reservation, subject to availability, to access the land. More details about reservations will be available on Disneyland.com and the Disney Parks Blog. If you’re staying at any of the three Disneyland Resort hotels, you will receive a designated reservation—one per guest—to access the new land during your stay (if it falls during these dates), and valid theme park admission is required.

When Star Wars: Galaxy’s Edge opens at Disney’s Hollywood Studios on August 29, guests will need valid theme park admission to visit the land (though a reservation will not be offered or required) and capacity is limited. Star Wars: Galaxy’s Edge will be open during Extra Magic Hours, providing guests staying at select Walt Disney World Resort hotels the opportunity to enjoy extra time at Disney’s Hollywood Studios experiencing select attractions. Check Disneyworld.com and the Disney Parks Blog for more information as it becomes available.

Our friends at Disney Parks will share additional information to help you prepare for your inaugural journey to a galaxy far, far away. Check the Disney Parks Blog for updates, and keep your coordinates set for D23.com as the Star Wars: Galaxy’s Edge opening draws ever closer. 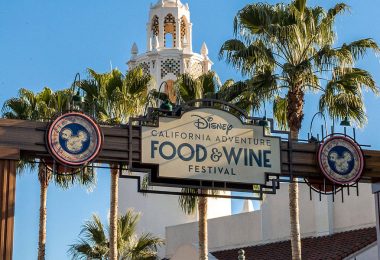 Everything You Can Do at Disney California Adventure Food & Wine Festival