Home / News / D23 Exclusive / Once Upon A Time Welcomes the Queens of Darkness: ...
Skip to content

Say farewell to the Ice Queen and welcome the “Queens of Darkness.” The ABC hit Once Upon A Time (returning March 1) brings Cruella De Vil (Victoria Smurfit), Maleficent (Kristin Bauer van Straten), and Ursula (Merrin Dungey) to Storybrooke. We sat down with series creators Adam Horowitz and Eddy Kitsis to get to the bottom of their secret society, what’s happening with the Sorcerer’s hat, and how they resurrected the Wicked Witch of the West—Zelena—to add some extra magic to the second half of the season.

D23: So… we have officially said farewell to Elsa, Anna, and Arendelle?
Eddy: Arendelle will not be coming back.
Adam: For us, Arendelle exists. The way we’ve put it, is with Frozen we went to a little cul de sac, drove around it.
Eddy: It was really fun for us to get to write those characters and do, as we say, our fan fiction.
Adam: More importantly for the show, the effect of Anna and Elsa on our characters will last.

D23: When we last talked, you explained that because the show takes place a little behind where we are in present day, Frozen had not yet been released. Will the movie ever come out?
Adam: [Joking] We’re probably still six months away from the Storybrooke Cineplex booking Frozen. There’s still some Wreck-It Ralph holdover. It’s doing really well there.
Eddy: Storybrooke catches up when they can. The trouble is, the movie theater has a hard time because monsters keep appearing and crushing it. So it’s hard to get prints sent. The studios get upset.

D23: It was great to watch Emma gain some control over her powers. We couldn’t tell if she had one talent—like Elsa with ice—or if she can do many things, like Regina?
Eddy: Certain characters have a very specific power like Elsa. And then we’ve seen magic as an art that is wielded by people like the Evil Queen, Cora, and Rumplestiltskin, I think Emma is much more that way.
Adam: Emma is the savior and she was born with magic. We’ll explore more of what that means for her, what her destiny is beyond what we’ve said before. 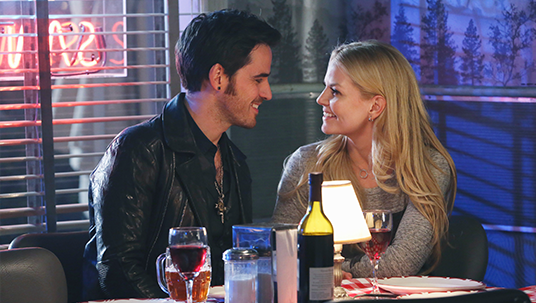 The news of my death has been greatly exaggerated

D23: You told us last May that Zelena had died. And yet here comes Rebecca Mader back as the Wicked Witch. What gives?
Eddy: Apparently the quote, “The news of my death has been greatly exaggerated,” applies in this case.
Adam: From the perspective of our characters, she was dead. And from the perspective of our characters, she remains dead. Every now and then, we don’t pick our words with quite the exactitude we’d like.
Eddy: Or we have a really great idea a week later. It’s really fun to see Regina and her sister. We have a really fun idea that we love for Zelena that we started kicking around toward the end of last year and have slowly been putting into place.

D23: You’ve revealed the Sorcerer’s hat—and shown its great power. But we have yet to meet the Sorcerer himself. Will it be Yensid, and will he come to retrieve that which belongs to him?
Adam: It’s something we’ll explore in much greater depth in the second half of the season. And in the premiere there is some iconography from Fantasia that makes an appearance.
Eddy: And hats can be passed on. So we’ll have our own Once twist on it and who it belongs to now.

D23: How did you land on the trifecta of Cruella, Maleficent, and Ursula?
Adam: Starting with Maleficent, we introduced her into the Once world in the second episode in a friendship with Regina. And more importantly, we discover there are other connections she has to our characters, which will spiral out, and it will become clear very quickly why these three are together.
Eddy: And we wanted to reintroduce the concept of “Can villains get happy endings?” We realize Gold, who now has lost everything, realizes maybe Regina is onto something. Maybe it’s time for villains to get their happy endings. Heroes always work in a crew. I think we’re going to see the villains working together. Maleficent felt like a natural because she was already tied into our mythology. Ursula, we teased at in the Ariel episode. And Cruella… We thought she’d be fun!
Adam: We have a twist on the Cruella character. She’s not quite what you know from the movie, but at the same time we have plenty of nods to the movie and famous things about her. Like we do with most of the characters, we’ve found a connection to our Once universe we are excited to reveal. And she’s just delicious to write.

D23: Will Cruella have some powers?
Eddy: Sure! What fun would it be if she didn’t? Hopefully something that would have to do with animals.
Adam: Dogs?

D23: Speaking of dogs, will Pongo recognize her?
Eddy: Pongo is definitely going to be frightened when he sees her.

D23: Will we see Pongo’s history with Cruella?
Eddy: Not Pongo’s, but possibly his great-great grandfather.
Adam: We address Pongo’s lineage.
Eddy: The movie took place in the ’50s, and our Cruella is much more of a Zelda Fitzgerald, Jazz Age flapper with powers. So we took our own spin on it.

D23: So does that mean we won’t see Anita and Roger from the original movie?
Eddy: No, we’ve really just done our own thing with her. It’s a full ‘we did it.’
Adam: Hopefully we’ve captured the spirit of the character and fans will go along for the ride. The crazy ride. 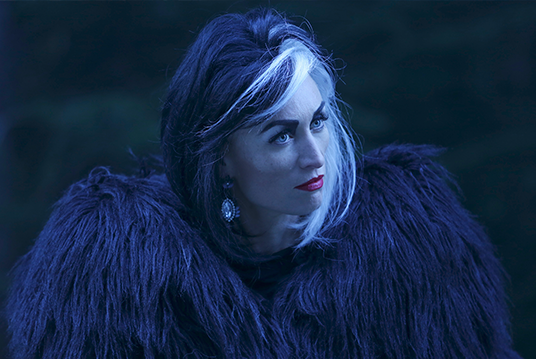 D23: Going back to Maleficent, kinda thought she was dead too?
Eddy: It’s a common theme. [Laughs] We have done it twice with Maleficent. The first time we thought Emma killed her. And the second time, she came back as that ash monster because we understood there was a spell on her that preserved her in any form she was in. So we never actually saw her body or her heart. But how she is resurrected is going to be explained in the first couple episodes.

She’s not the Ursula from The Little Mermaid . . .

D23: You’ve said that all three of the characters will have different backstories than we know. How do you approach that while still keeping some of their Disney heritage in tact?
Adam: A lot of it is on gut. So much of it comes from our love of these characters and the love of the history. We try to have fun and always find nods to things from before. When we do Ursula, there are twists on it. She’s not the Ursula from The Little Mermaid movie, but hopefully you’ll see a nod to the iconography. And there are a few very specific callbacks to The Little Mermaid movie we have included.
Eddy: And some characters lend themselves more for a wider interpretation like the Mad Hatter or some of the dwarfs. And other characters, such as Ariel, Anna, and Elsa, we don’t want to mess with what works. With Maleficent, we will see how she and the Evil Queen met and how they became friends.
Adam: And we’ll get more of what happened between her and Aurora.

D23: Speaking of Aurora, any chance we’ll see Mulan back?
Eddy: We’re trying! We have an idea for her for next year. This year, there are a lot of new characters we are introducing. We really love Jamie [Chung] and we really love Mulan, and we really want to finish that story.
Adam: There’s a long list of things we hope to get to, with Mulan being at the top of it.
Eddy: With the Queens of Evil, as we like to call them, they are really coming in to forward our core characters’ stories.

D23: So, on March 1, we come back after we said farewell to Elsa and Anna.
Adam: It’s a couple months in the future, but we acknowledge the stuff that’s gone on.
Eddy: We will definitely show you Robin Hood in New York and what happened. You’ll see Rumplestiltskin when he was there during the six-weeks time. And we’ll see changes in Storybrooke.

D23: It seems like enough time for Emma and Hook to be, well, hooked up.
Eddy: They’re kind of in a good place. We’ll see them as a couple facing the world. We’re going to get some insight into Hook and some secret fears of his own. And we’ll see Hook has a backstory of his own with one of the queens of darkness.

D23: Does Hook come clean about the powers of the Sorcerer’s hat—and the fact that a good number of Storybrooke residents are inside it?
Adam: Yes, and in the spring premiere we’ll see him wrestling with what he did with the hat.
Eddy: And he’s going to have an unlikely ally who also feels scorned—Belle. Both of them were fooled by the Dark One, Mr. Gold. You see them working together to save the fairies.

D23: We talk a lot about themes each year. And it feels like the theme of the second half of this season is, “Can villains have happy endings?”
Eddy: I also think there’s a theme of ‘What makes a hero and what makes a villain?” and maybe it’s not as black-and-white as we think. We’re definitely going to be exploring the grey area. We’ll discover some of the villains aren’t as villainous as we thought, and maybe the heroes aren’t as heroic as we thought. 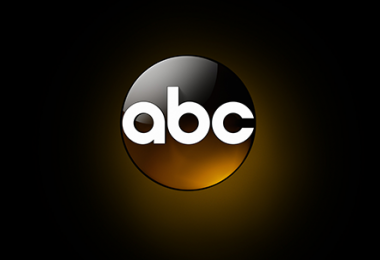 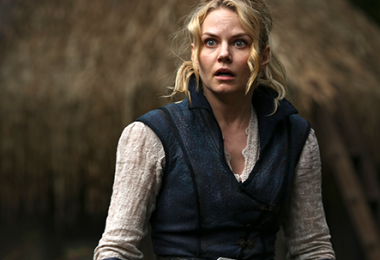