Disney Kingdoms—the awesome monthly comic book series from Marvel and Walt Disney Imagineering—has announced their next installment: Figment 2, the sequel to the hugely popular Figment miniseries, which itself was based on the beloved Journey to Imagination attraction in Epcot at Walt Disney World. (And no, you’re not mistaken if you just heard shouts of delight from Figment fans around the world…)

Figment 2 will be written by Jim Zubkavich (aka “Jim Zub”) and penciled by Ramon Bachs, and it’ll pick up where the first series left off—but in a totally different time period. When last we left our intrepid hero Figment and his pal Dreamfinder, they’d saved the world and were awarded for their good deeds by being stuck out of time for a century. As Jim Zub explained to our pals at the Disney Parks Blog, “[The pair is] now in the modern world, and they’re going to discover that a lot of things have changed in their absence… Couple that with a young dreamer inspired by the Academy Scientifica-Lucidus and a dark threat from an unexpected source, and we’ve got all the ingredients for high adventure.”

Look for Figment 2 in stores this fall! 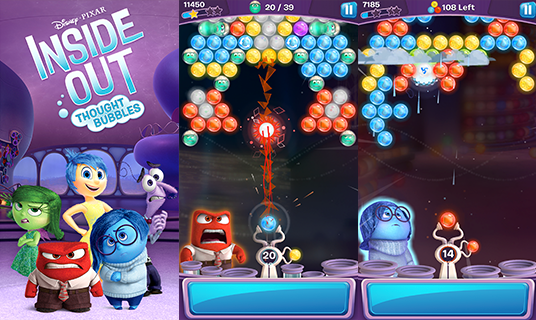 Emotional Fun with New Inside Out Mobile Game

Can’t get enough Inside Out? We can’t either! Luckily, you can take Riley’s Emotions “on the go” with Disney Mobile Games’ latest offering!

Inside Out Thought Bubbles, created by the team behind Where’s My Water? and Disney Frozen Free Fall, is a new bubble-shooter mobile game based on Disney•Pixar’s latest hit. Take a journey with Joy, Fear, Anger, Disgust, and Sadness to match and sort memory bubbles in Riley’s head as they travel through unique locations inspired by the film. Players will journey through Family Island, Dream Productions, Imagination Land, and more as they complete each puzzle and unlock new characters.

Download Inside Out Thought Bubbles from the Apple App Store, the Google Play Store, the Windows Phone Store, and the Amazon Appstore.

The Chapmans are no strangers to Disney animation; Matt wrote for the Emmy® Award-winning Mickey Mouse cartoon shorts and Gravity Falls, and voiced some characters for the latter and Star vs. The Forces of Evil… and both Matt and brother Mike wrote for Disney XD’s Wander Over Yonder.

Take a look at the hilarious premiere short, “Dooble – Dooblie Doo,” above—and don’t blame us when you can’t get the song out of your head! 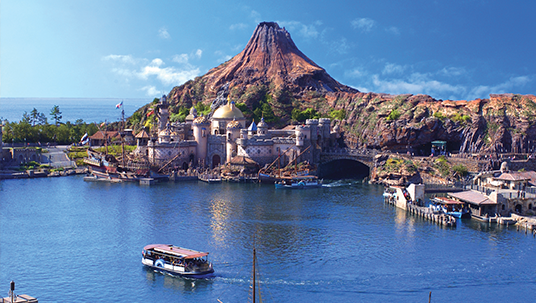 Can you believe it’s been 15 years since Tokyo DisneySea opened at the Tokyo Disney Resort? The park delights guests with adventure, romance, discovery, and (of course!) fun throughout its seven totally unique “ports of call” like Arabian Coast, Mermaid Lagoon, and Lost River Delta. (Don’t you just wish you could teleport to different Disney parks around the world, even for an afternoon?)

Beginning in April 2016, Tokyo DisneySea will celebrate its big anniversary with “The Year of Wishes”—an event focusing on wishes and dreams, symbolized in the form of glittering crystals that’ll decorate the park. Guests can catch the new “Crystal Wishes Journey” show at Mediterranean Harbor, in which Disney characters will share their own special wishes, and a new version of “Big Band Beat”—the popular Broadway Music Theatre show—will debut with brand-new music, costumes, and scenery. “The Year of Wishes” will run at Tokyo DisneySea from April 15, 2016 through March 17, 2017. 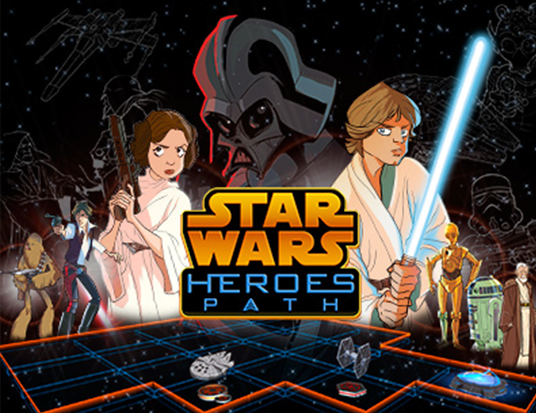 Ever wanted to help Luke Skywalker restore the peace and freedom he fought so hard for in Star Wars: A New Hope? Disney’s latest mobile app strategy game, Star Wars: Heroes Path, reimagines the classic movie and challenges players to rely on their smarts—not to mention their connection to the Force—to defeat the Empire.

Players will guide Luke, Han Solo, Princess Leia, Chewbacca, and even Obi-Wan Kenobi through puzzles that will wrack their brain and test their quick-thinking approach. Using each character’s special abilities, fans will travel from Tatooine to the Death Star, with every move capable of triggering enemy reactions that can change the game in an instant!

Star Wars: Heroes Path is now available at the Apple App Store for $4.99.

Looking to add a dash of sparkle to family photos (or yes, even selfies) from a recent trip to the Disneyland Resort? Want a great keepsake of Disneyland’s big Diamond Celebration?

Just by sharing your favorite park picture on Twitter with the hashtag #Disneyland60, you might receive your image back from @Disneyland with a magical, glittery boost! And keep an eye out for even more magical touches coming from our friends at @Disneyland in the very near future… 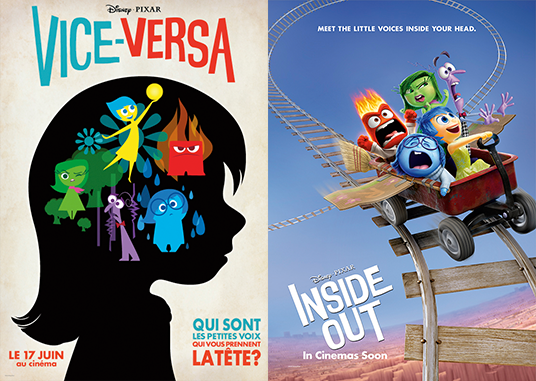 Travel the Globe with Inside Out

The good folks over at Oh My Disney have compiled a ridiculously cool gallery of international posters for Disney•Pixar’s Inside Out… and it’s making us emotional all over again! We all might speak different languages, but feelings are pretty universal.

See how Joy, Sadness, Disgust, Anger, and Fear are depicted in countries as diverse as Korea, France, and even Russia.

A Quick Tour of Paradise at Polynesian Village Resort

We recently told you about Disney’s Polynesian Village Resort at Walt Disney World and all its fabulous new additions. Sure, the photos were great (we seriously wanted to book a stay there immediately after news of its update came across our desks), but now we can take a special peek at one of the Resort’s Deluxe Studio rooms with a brand-new video, courtesy of Disney Parks Blog’s ongoing “Room with a View” series. For those keeping score at home, this video highlights Room 3020 on the third floor of the Moorea longhouse . . .

Gaze at the Resort’s gorgeous location! (The Magic Kingdom, and its nightly fireworks spectacular, is just across the Seven Seas Lagoon.) Marvel at the amazing “murphy-style” bed hidden discreetly under the room’s TV! (Honestly, why didn’t we think of that?) Run to the phone and immediately make a reservation!