Ever wondered what it might be like to hear today’s biggest music stars take on your favorite Disney tunes? Well, wonder no more: Verve Records and Walt Disney Records have announced the 12 artists who are included on the upcoming compilation album We Love Disney, hitting store shelves (virtual and otherwise) on October 30! The album features the biggest artists from the worlds of pop, rock, R&B, and country delivering totally unique versions of classic Disney songs.

Produced by multi-platinum, 16-time Grammy® Award-winning producer and Verve Music Group Chairman David Foster, the album includes British chart-topper Jessie J’s version of “Part of Your World” from The Little Mermaid; R&B sensation Jason Derulo with “Can You Feel the Love Tonight” from The Lion King; Ariana Grande’s take on “Zero to Hero” from Hercules; No Doubt frontwoman Gwen Stefani on “The Rainbow Connection” from The Muppet Movie; and much, much more!

We Love Disney will be released in several configurations, including a digital album, a standard CD, a Deluxe CD, on Deluxe Vinyl, and as a very cool picture-disc set—and it’s already available for pre-order from www.welovedisneymusic.com.

Every superhero has an “origin story”—even furry ones with a hilariously surly attitude. In advance of their new Guardians of the Galaxy animated series (debuting on Disney XD on September 26 at 9:30 p.m.), Marvel brings us two new animated shorts that follow Rocket Raccoon and his auspicious first meeting with lovable tree-person Groot.

Stolen from his raccoon family, Rocket’s journey begins with a series of experiments to turn him into the ultimate killing machine. But there’s no way he’ll let someone else determine his fate! Check out Part 1, above—and keep an eye out towards the video’s conclusion for the link to Part 2. 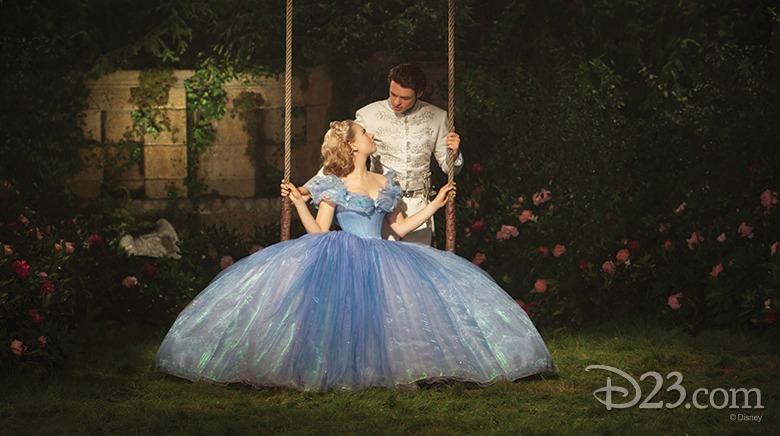 In celebration of the Digital HD and Blu-ray release of Disney’s Cinderella on September 15, Walt Disney Studios is proud to announce the launch of their “A Million Words of Kindness” Campaign. Inspired by the spirit of Cinderella, this online initiative invites fans everywhere to pledge their commitment to be courageous and kind in the hopes of achieving “A Million Words of Kindness” in time for World Kindness Day on November 13! 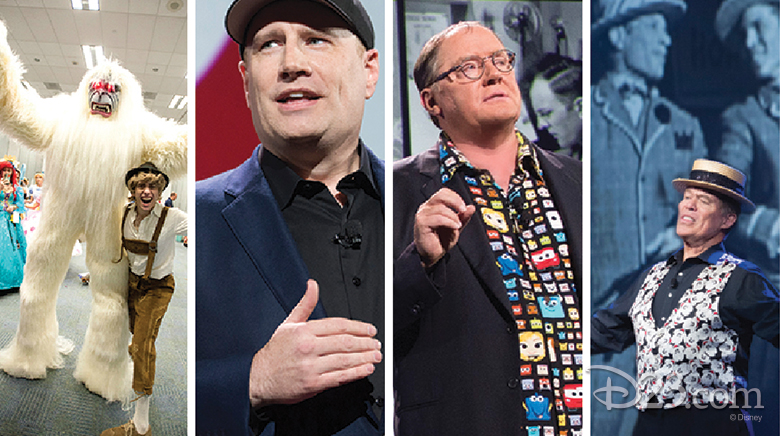 Unless you were scaling a far-flung mountain, aboard the nearest deep-water submarine, or otherwise completely engaged this weekend, you probably know we here at D23 just wrapped our epic three-day D23 EXPO 2015! Relive the magic by taking a spin through our rundown of the 23 coolest moments from the weekend… including several Johnny Depp sightings and the announcement of an amazing Star Wars-themed land coming to both Disneyland Park in California and Disney’s Hollywood Studios in Florida. We’ll join you in reminiscing once we’re done looking through our collection of fantastic Disney Visa Trading Card Quest trading cards… 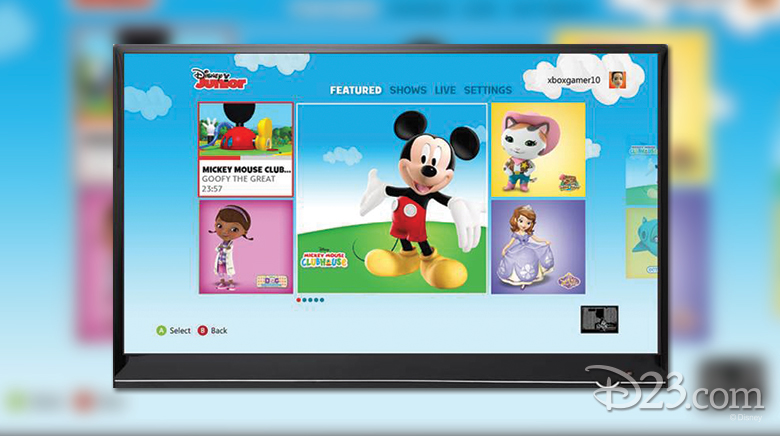 Viewers who sign in with a participating pay-TV provider can also watch a live 24-hour feed of the respective networks (nifty, right?) and access exclusive programming events like the recent world premieres of Disney’s Descendants and Teen Beach 2 on WATCH Disney Channel, as well as new Marvel’s Guardians of the Galaxy shorts and full episodes of Gamer’s Guide to Pretty Much Everything and Star Wars Rebels on WATCH Disney XD. Fire up that Xbox 360 and check it out today! 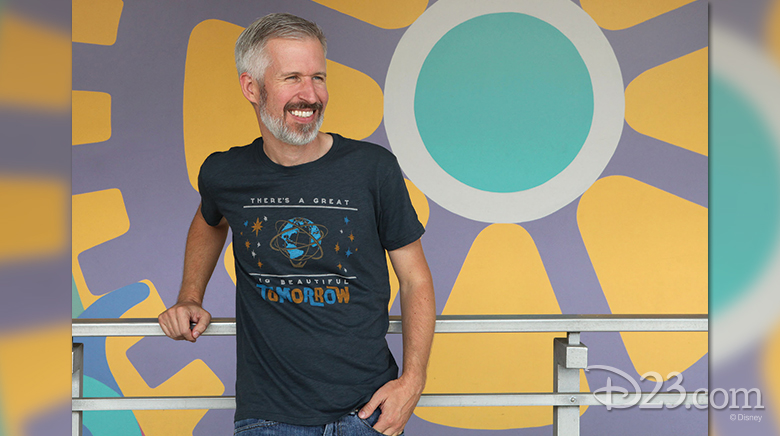 Twenty Eight & Main, a new apparel and accessories line for those “distinguished gentlemen” in your life who love Disney, has announced their first few items—and they’ll be available at the Disney Parks online store from Friday, August 28, through Thursday, September 3. The special limited-time-only sale includes three unique T-shirts along with three wooden signs that feature similar graphics.

The casual-yet-classy T-shirts and 18-inch-by-24-inch signs have clever Disney-related designs and other fun touches. To order, visit www.DisneyStore.com/28&Main starting August 28; the T-shirts will ship in four to six weeks, while the signs will ship in approximately 12–14 days. (Note to selves: These would make great holiday gifts!) 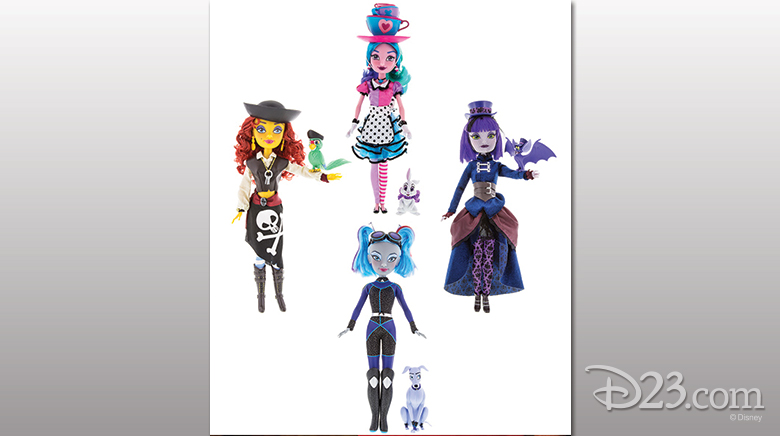 Bring home memories of your favorite Disney Park attraction in a whole new way! The first four dolls of the Disney Attractionistas collection have been released at both stateside Disney Parks. These 12-inch fashion dolls come with detailed clothing, a special animal sidekick, and a fun Disney-inspired story on the back of the packaging.

The Attractionistas were inspired by classic Disney attractions including the Mad Tea Party (Maddie), Space Mountain (Celeste), The Haunted Mansion (Gracey), and Pirates of the Caribbean (Pearl)—and they’ll be carried in select merchandise locations at Disneyland and Walt Disney World Resorts, as well as on the Disney Parks online store. A big bonus for Florida fans: Look for a special Attractionistas party this Friday, August 21, at Once Upon a Toy at Downtown Disney Marketplace! From 5–6 p.m., Disney Design Group artists Mike Sullivan and Dave Keefer—who created the dolls’ designs and packaging (respectfully)—will be meeting with guests and signing their work. See you there?