Mickey Mouse has been entertaining audiences for decades, from his 1928 debut up through modern-day appearances such as the Kingdom Hearts series of videogames and all-new animated Mickey Mouse shorts. But while most fans know that Mickey’s first big-screen appearance was in Steamboat Willie, it’s easy to forget that the spunky star didn’t actually speak until his ninth film, 1929’s The Karnival Kid. Sure he’d laughed, squeaked, and even cried a bit in prior appearances, but he didn’t utter his first immortal words until this particular short. 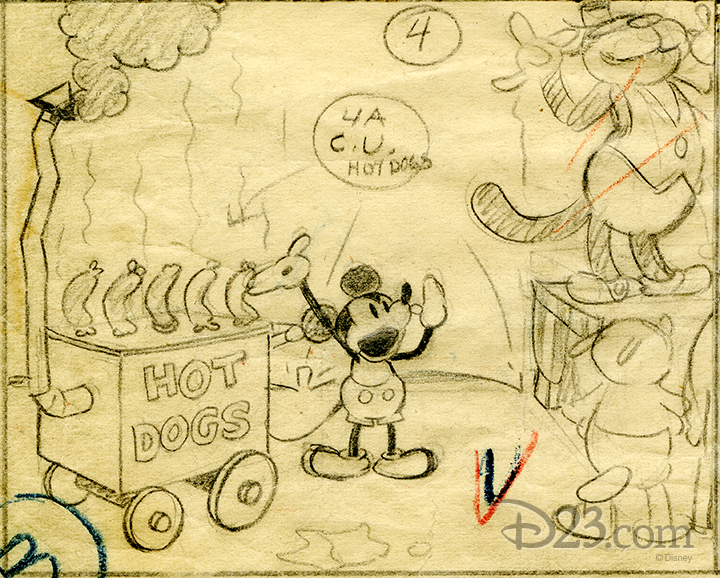 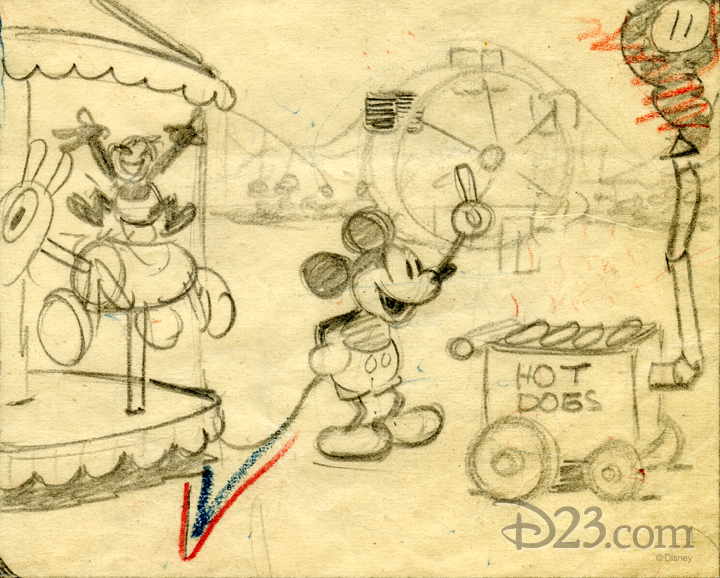 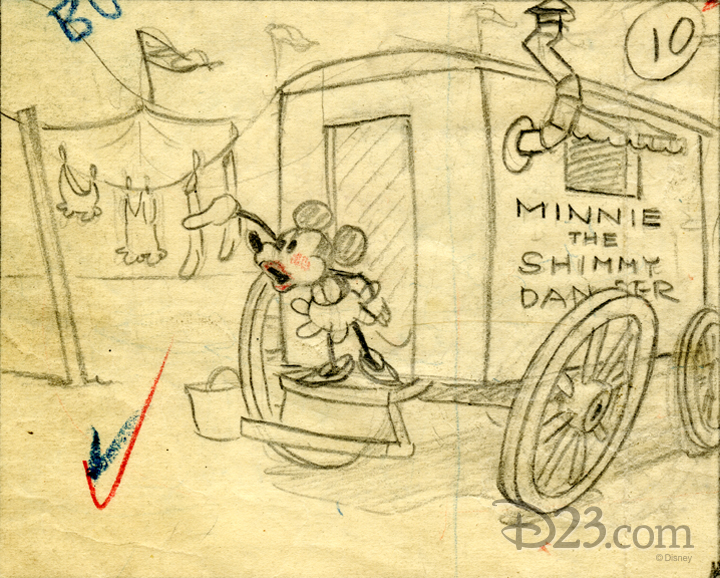 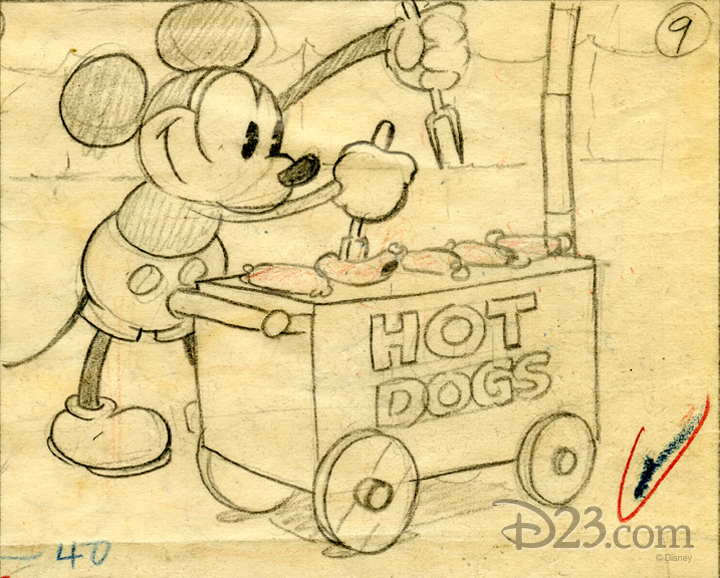 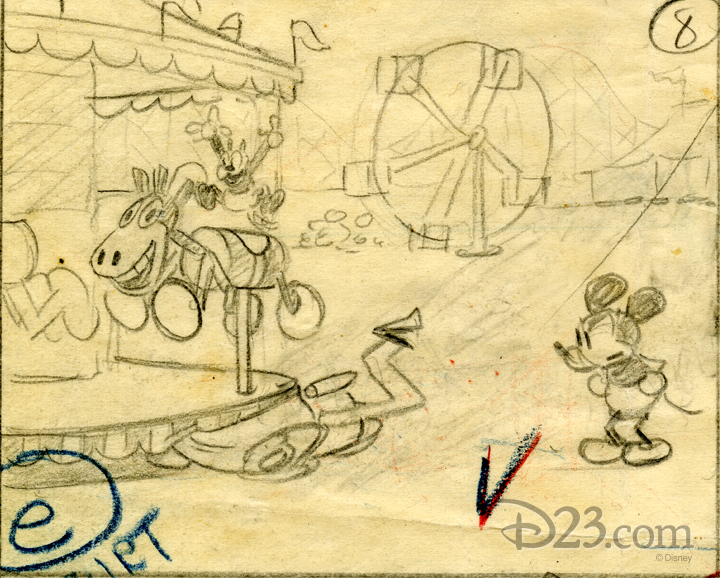 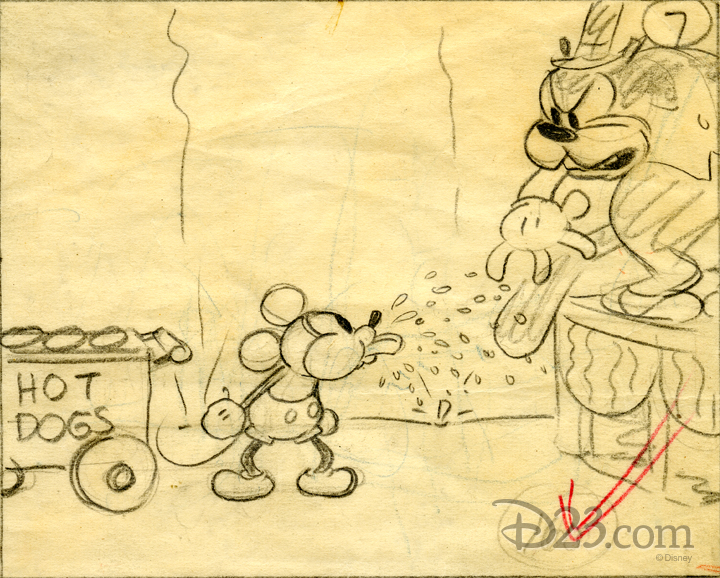 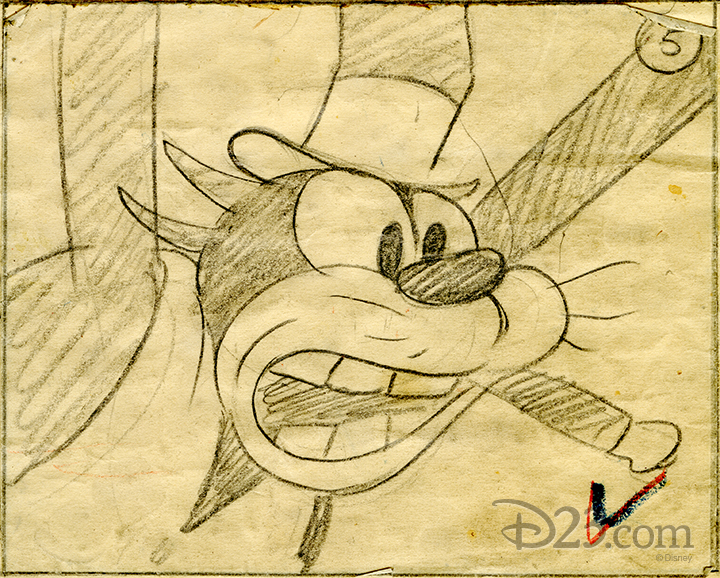 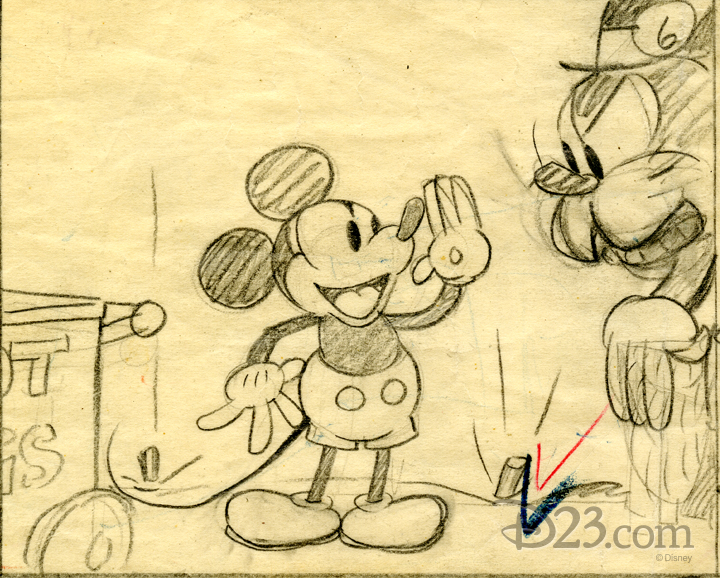 These original story sketches show that early sequence in the film, where Mickey has set up his hot dog cart alongside Minnie’s “shimmy dancer” sideshow. When a cantankerous cat objects to Mickey’s interruption our hero makes a hasty retreat, but love wins in the end thanks to a moonlight serenade outside Minnie’s wagon.

And what wisdom did the newly-minted superstar choose for his first lines? In Walt Disney’s own voice, Mickey solemnly intoned:

Ok, so maybe it wasn’t Shakespeare, but apparently it worked because Mickey’s been talking ever since. 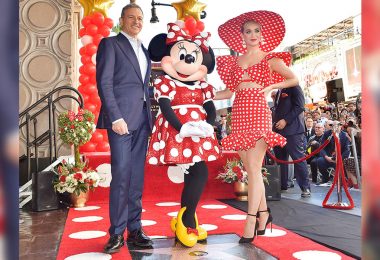 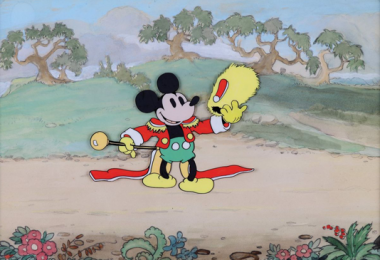