We’re settling in to watch the 2018 Radio Disney Music Awards (RDMA), airing tonight (8–10 p.m. EDT/PDT) on Disney Channel, but the fun has already begun. A special DuckTales-inspired music video of Marshmello’s hit single “Fly” just debuted, featuring Scrooge, Donald, Huey, Dewey, Louie, Webby, and an animated alien DJ—not to mention the music producer/DJ himself, who appears in live-action form, as well. Our favorite ducks have left Duckburg and are on a musical outer-space adventure in the video, until their spaceship unexpectedly crashes and they find themselves on a remote “Marshmello” planet.

This won’t be the only Marshmello sighting of the evening. The world-renowned DJ/producer is nominated in four categories for the 2018 RDMA, plus he’s set to perform. Tonight’s broadcast also includes performances by Kelly Clarkson (this year’s “Icon” Award-winner), “Hero” Award-winner Carrie Underwood (performing with Ludacris), American Idol winner Maddie Poppe, Charlie Puth, Meghan Trainor, and Echosmith. We’ve got everything you need to know about this year’s RDMA right here to help you get ready. Music’s biggest event for families is about to begin! 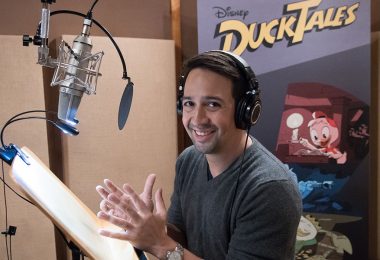