One of Disney’s most iconic villains is returning to cast her magic over Disney fans everywhere. Production has begun at Pinewood Studios and locations around the U.K. on Maleficent II, the enchanting  sequel to 2014’s Maleficent. Picking up several years after the original film explored the events that hardened the heart of Disney’s most notorious villain and drove her to curse a baby Princess Aurora, Oscar® and three-time Golden Globe® winner Angelina Jolie returns to reprise the title role, along with Elle Fanning reprising her role as the lovely Princess Aurora. Joining the two are Golden Globe® Award-winning, Emmy®-nominated and three-time Academy Award®-nominated actress Michelle Pfeiffer (Murder on the Orient Express, Marvel Studios’ Ant-Man and the Wasp) as Queen Ingrith; along with Academy Award® and Golden Globe nominee Chiwetel Ejiofor (Marvel Studios’ Doctor Strange, 12 Years a Slave), Ed Skrein (Deadpool, Game of Thrones), and Robert Lindsay (My Family, Wimbledon). Additionally, Harris Dickinson (The Darkest Minds, Trust) joins Maleficent II as the charming Prince Phillip.

Maleficent II is directed by Joachim Rønning (Pirates of the Caribbean: Dead Men Tell No Tales, Kon-Tiki) and written by Linda Woolverton (Alice in Wonderland, Beauty and the Beast) and Micah Fitzerman-Blue & Noah Harpster (Transparent). The producers are Joe Roth (Alice through the Looking Glass, Oz the Great and Powerful, Maleficent) and Angelina Jolie.

This new fantasy-adventure continues to explore the complex relationship between the horned fairy and the soon-to-be Queen as they form new alliances and face new adversaries in their struggle to protect the moors and the magical creatures that reside within. 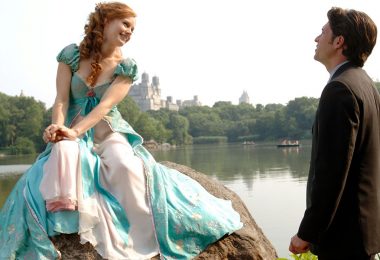