Home / News / Headlines / An Incredible New Float is Coming to the Paint the Night ...

The Paint the Night parade made its dazzling return to Disneyland Resort this summer when the fan-favorite lit up Disney California Adventure as part of the limited-time Pixar Fest celebration. This parade has delighted fans since its debut during Disneyland’s 60th anniversary in 2016, and now it is about to glow a little brighter.

On June 23, a brand-new float will make its super debut—inspired by Disney•Pixar’s The Incredibles and Incredibles 2. The Parr family and their pal Frozone will be saving the day—or should we say night— with high-tech, pop-art effects.

Guest will enjoy the float featuring a riveting battle against The Underminer, in a sequence set in between the events of The Incredibles and Incredibles 2. Special effects in the float include: 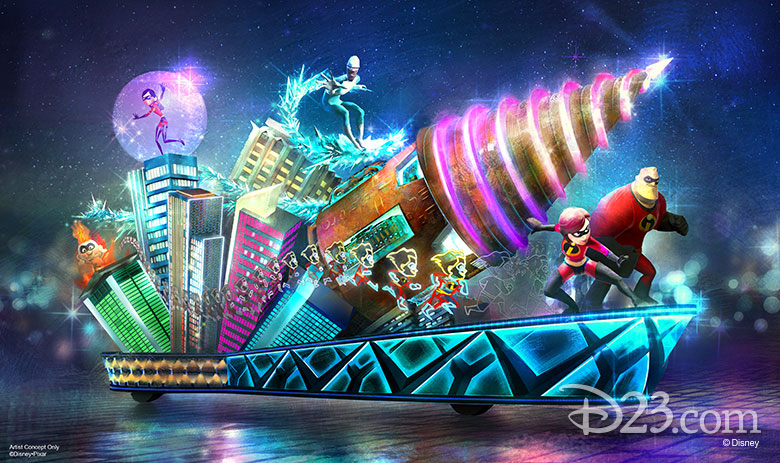