It’s challenging being “ordinary” when you live in a home like Mirabel’s—every child in her family has received a magical gift… except for her. That’s the premise of Walt Disney Animation Studios’ dazzling new film Encanto, which arrives in theaters November 24. The new issue of Disney twenty-three, featuring an exclusive cover in celebration of the film, takes readers on a journey to the colorful world of the Madrigal family, set in the lush landscapes of Colombia. Star Stephanie Beatriz and the creators of Encanto open the door to this extraordinary tale that is anything but ordinary.

And this December, visionary director Steven Spielberg gives audiences a musical holiday gift: his reimagining of the beloved West Side Story. In exclusive interviews, stars Rachel Zegler and Ariana DeBose tell Disney twenty-three how they brought the classic story to life—and how it’s just as relevant today as it was when it was created. In other holiday happenings, Marvel Studios’ Hawkeye series, which takes place at Christmastime, will score a bullseye on Disney+ later this month, and star Alaqua Cox and executive producer Trinh Tran preview the adventure. Plus, guests can cozy up by the “virtual fireplace” as Walt Disney Animation Studios artist Brittney Lee shows off her hand-crafted Arendelle Castle Yule Log coming to Disney+, and Disney twenty-three shines a very merry light on some favorite animated holiday shorts. For even more seasonal fun, visit D23.com starting December 1, when D23 Season of Magic kicks off with videos, stories, sweepstakes, and more to ensure your winter is a wonderland.

The new issue, available exclusively to Gold Members of D23: The Official Disney Fan Club, also goes behind the scenes of the first-ever Cirque du Soleil / Walt Disney Imagineering / Walt Disney Animation Studios collaboration, Drawn to Life. Disney Legend Ming-Na Wen discusses her epic roles from The Mandalorian to Mulan and the upcoming The Book of Boba Fett. And readers can take a visual journey through Bob Iger’s remarkable time at Disney—first as an ABC executive, then Disney’s CEO, and now its outgoing Executive Chairman and Chairman of the Board. From Mickey Mouse and the Jonas Brothers to the Avengers and Disney Legends, it’s been a memorable ride.

Plus, every issue includes special holiday gift tags created by Topps Digital just for D23 Gold Members along with the exclusive opportunity to redeem more than 30 Digital Collectibles from Disney’s Animation Research Library—including scenes from Dumbo, Beauty and the Beast, and 101 Dalmatians! Members will be able to redeem this one-of-a-kind Gold Pack free in the Disney Collect! by Topps app.

Disney twenty-three, which is delivered directly to fans’ doorsteps, is offered exclusively to D23 Gold Members as a benefit of their membership. Learn more about D23 Gold Membership here. The latest issue will begin arriving before the end of November. 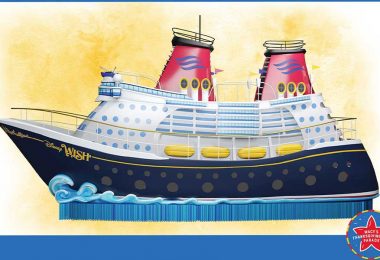