After seven seasons and 136 episodes, Marvel’s Agents of S.H.I.E.L.D. went out in style. The series finale, which aired on ABC Wednesday and is now available to stream on ABC.com, the ABC app, and Hulu, saw the S.H.I.E.L.D. agents embark on a final mission to defeat an advanced alien race determined to erase them from the history books and take over Earth. It was a fitting farewell for a team that’s outsmarted Hydra, the Inhumans, and other threats. In celebration of the series’ spectacular sendoff, some of the people who brought the stories to life are now sharing their own stories with D23: The Official Disney Fan Club. 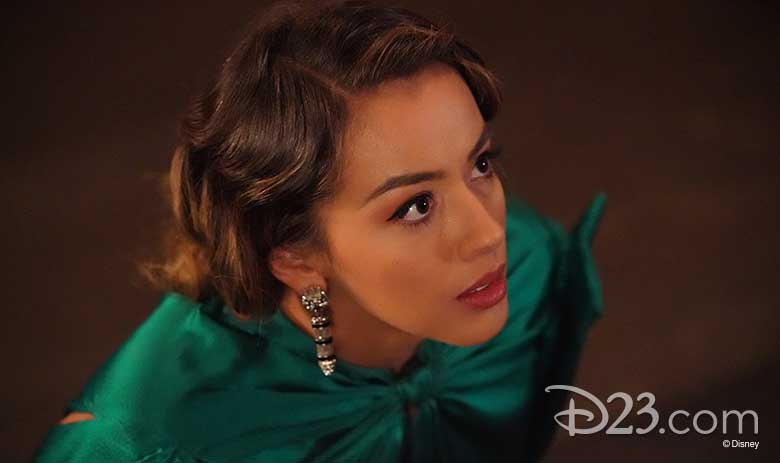 At the end of season six, costume designer Whitney Galitz had meetings with writers and executive producers Maurissa “Mo” Tancharoen and Jed Whedon about how to take the agents 88 years into the past. “I started bouncing ideas off of Mo and Jed, and I remember being like, ‘You know this is going to cost of a lot of money, right?’ Period is no joke! It’s a lot different than sci-fi. From there, we put our heads together and started thinking about creative ways to do a proper period show on a weekly TV series schedule and budget, which was really great. It’s something I am very happy about and proud that I was able to accomplish, because we were building every episode.” For the first two episodes, both set in 1931, Galitz estimates between 40–50 costumes were built, plus multiples for stunts. “I had to have someone out in the world every day swatching fabric, looking for pieces we could alter to make historically correct, and looking for different things we could shop in lieu of building,” Galitz says. “Also, I had a full tailor shop building costumes at the same time; I even had to outsource to other tailor shops in order to get everything to camera!” One of Galitz’s favorite designs is an emerald gown worn by Daisy. “That costume was definitely a standout,” she says. “We really loved that one and Chloe was so happy with it.”

Meanwhile, visual effects supervisor Mark Kolpack began immersing himself in research. Fortunately, he discovered a website that showed the geographical layout of New York City year after year. “It was really strange—and really helpful!” he says. “I would search ‘1931’ and it would show me a bird’s-eye view of what buildings existed in 1931. It was fascinating!”

Although the season opener relied heavily on hair, makeup, production design, and wardrobe to set the scene, visual effects company Digital Domain was hired for the big crane-up shot of the street, Kolpack says. “The rest of it became a three-dimensional background painting with digital extras walking and digital cars,” he reveals. “Even the laundry hanging on lines outside the building—all that stuff was all created. Some of that was there in the foreground piece, but it was then continued on in the digital aspect of it.”

For property master Scott Bauer—who, like Kolpack, has been with the series since the pilot episode—the biggest challenge in season seven was doing enough digging to ensure the props were period-appropriate for each era. “That was part of the fun of it, too,” Bauer says. “This last season really opened us up to doing more research instead of having everything set in the present or the future and basing our designs on that. We really had to get creative and go back to our roots of what we do as craftspeople to help tell the story.”

The third episode of the season, set in 1955, reintroduced Daniel Sousa (guest star Enver Gjokaj, reprising his role from Marvel’s Agent Carter). Now eight years older, Sousa was in need of “a little bit of flair,” Bauer says. So, he presented the producers with a variety of crutches to match the character’s older, wiser demeanor. “Even though he’s sort of an established character,” Bauer explains, “I wanted to give him his own little personal touch.” Galitz, meanwhile, was involved in several meetings about how to “elevate” the character’s look. “I tried to make him really hunky, because he’s such a leading man. I had this amazing photo of Cary Grant sitting on a high rise in New York City in the ’50s, and he’s wearing a gray suit with a dark knit vest. I had some research from Sousa’s look on the Carter series when he was wearing his knit vests. I decided to marry the two, and it worked really well.” 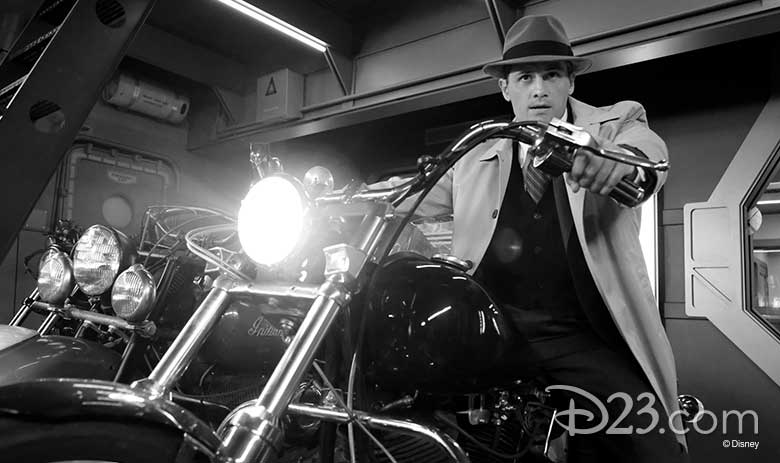 Creating additional props for the episode, which takes place near Area 51, reminded Bauer of when Hayley Atwell guest starred as Peggy Carter in season two. “I really enjoyed creating all of those SSR props they’d used in Captain America: The First Avenger,” he says. The episode, “Alien Commies from the Future!,” also saw Jemma pretending to be Peggy in order to sneak into the S.H.I.E.L.D. base, giving Galitz the opportunity to design one of her favorite looks of season seven. “That suit was a real labor of love,” she says. “I went into one of my favorite periods: The Dior ‘New Look.’ When Dior came out with the ‘New Look’ and that professional suiting for women—the short, fitted jackets, the fuller skirts, and the longer pencil skirts—that was one of my favorite eras. And so, I really tried to mirror that.”

Later in the season, Bauer got to redesign one of his favorite props, Mack’s shotgun axe (aka “the shaxe”), so S.H.I.E.LD.’s director could fend off killer robots in 1982. The original weapon was introduced in season three, and Bauer says he was “given a lot of leeway” as to how it would look and function. “The writers just wrote ‘shotgun axe’ and said, ‘OK, Scott, go do what you do.’ I came back with a couple of options and found a guy who made axe blades for handguns. It was a really cool process. Working with Henry and seeing it play all the way through the seasons was quite fun. And having to redesign it a little bit for the ’80s, where we changed the base paint and the color of the blade, was quite fun as well.” 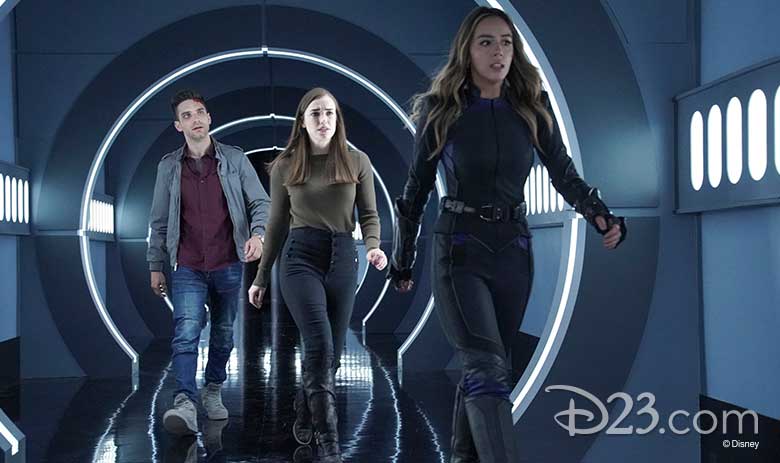 For the two-part finale, Kolpack estimated his team would need an extra four weeks to complete all the visual effects necessary to give the series the sendoff it deserved. The producers understood, he says, and gave him the green light. “It was so much work. It’s not just about the quantity of shots, because it isn’t that; it’s about the complexity and the art of it,” Kolpack says. “These are complex shots.” He credits visual effects producer Sabrina Arnold, visual effects coordinator Briana Aeby, and visual effects editor Ryan Moos for anticipating and preparing for the ambitious finale. Says Kolpack, “My team was really exceptional at being really, really focused and also really, really disciplined and organized.”

Like many people who worked behind the scenes on the series, Bauer says he will always look back on his time with Marvel’s Agents of S.H.I.E.L.D. fondly. “Every episode was different, which made it great. The producers gave me a lot of creative freedom. After the first season, we all found our groove with each other. They knew they could just say something and I would find the right aesthetic or sketch something and have it designed on paper to approve… and 10 days later, they’d have a functioning, light-up alien prop on set!” 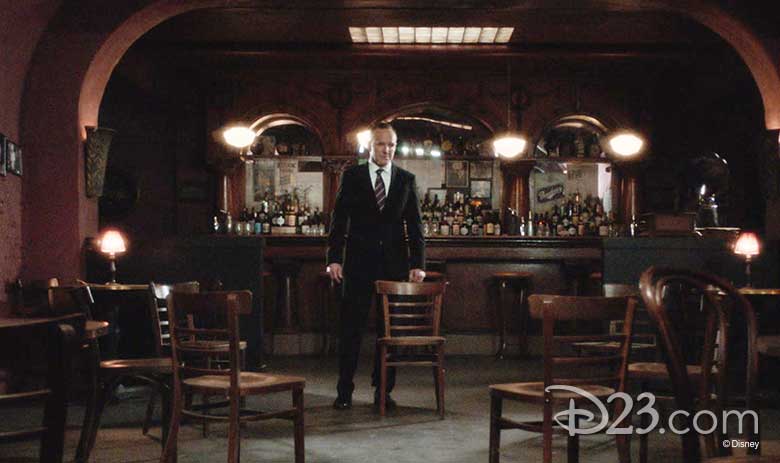 Galitz, who joined Marvel’s Agents of S.H.I.E.L.D. in season three, departed season seven after five episodes to have a baby. She handed the reigns to costume designer Jessica Torok, who she says “did a fabulous job” taking the characters through their final mission. “It was a very unique experience, working on S.H.I.E.L.D. It started as just a job working for my friend and mentor, Ann Foley, and it turned into this huge opportunity for me and my career. I was able to design sci-fi, period, and fantasy. It was kind of like costume designer boot camp—and I did it on a five-day shooting schedule! On top of that, we created quite a family. Everybody worked really hard, all because they loved the job. It was really special.”

Similarly, Marvel’s Agents of S.H.I.E.L.D. will stand the test of time as one of Kolpack’s professional highlights. “It has been one of the greatest—if not the greatest—experiences of my career,” he says. “I’ve never been on one project this long, and to be able to work on a project with really great showrunners like Maurissa, Jed, and Jeff Bell has been just tremendous. Being able to work on a show that evolved like it did, and not doing the same canned effect week after week, season after season, kept me on the show. I would have looked for other challenges, because as an artist, you need to be challenged—and this year challenged me. They put me in the deep end of the swimming pool all the time, standing on my tippy toes with the water up to my nose. And that’s where I excel. If you’re always in the shallow end, you do very bland work…. This has been one of the best experiences, if not the best. I’ll miss it, because I’ve been doing this a long time. And you don’t come across this kind of show that often, where everything just fires on all cylinders—and this one did.” 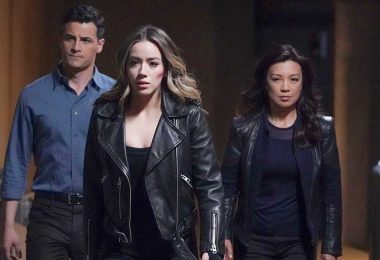 Travel Through Time with Marvel’s Agents of S.H.I.E.L.D.’s Title Cards 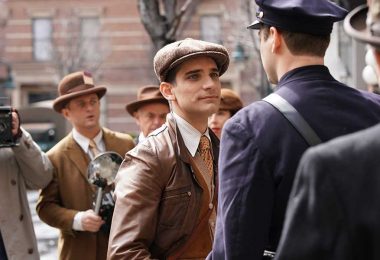 Your Primer for Season Seven of Marvel’s Agents of S.H.I.E.L.D. 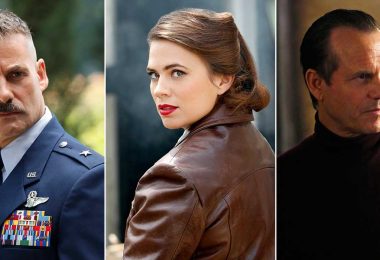