Serpents and spiders… tail of a rat. Call in the spirits, wherever they’re at!

This fall, Disney Parks is hosting an estate sale that you’ll be, shall we say, positively dying to attend when a new line of exclusive items celebrating the beloved Haunted Mansion arrives at Disneyland and Walt Disney World. 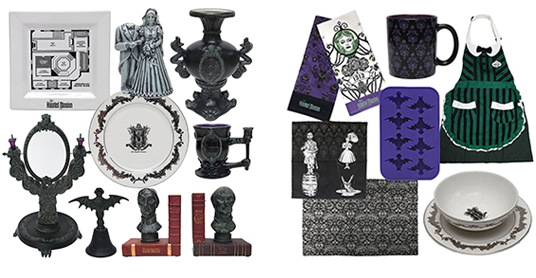 Disney Design Group creative manager Cody Reynolds spoke with D23 about the collection and some of the concept art behind the new merchandise—which pays homage to familiar characters and also shines a light on some smaller details that even the attraction’s most devoted fans might have missed. 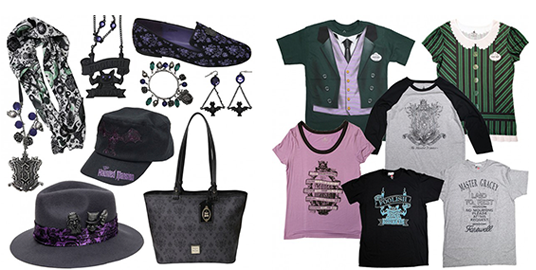 “We really wanted to dive into the lore of the mansion,” Cody explains, acknowledging the unofficial legend of Master Gracey—to some, a name on a grave in the Haunted Mansion cemetery, but widely believed by others to be the master of the mansion. “We approached it as if Master Gracey was having an estate sale, so all of the merchandise is almost as if it could be at a giant estate sale the Haunted Mansion would be having.” Of course, the exteriors of the attraction differ from park to park, so Cody and the other artists opted to focus on the inside of the mansion and its eerie inhabitants. 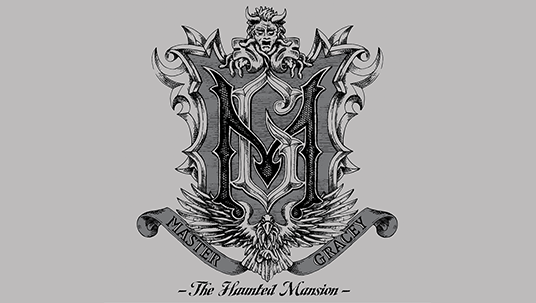 The artists worked within a group of themes, or “art buckets,” that they used to categorize their designs. Much of the character-focused artwork falls into the “Happy Haunts” bucket. 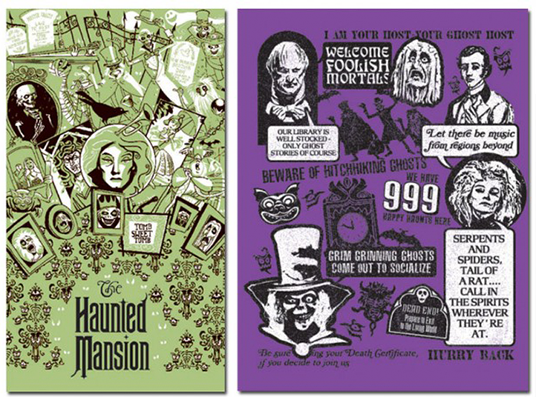 “We really wanted to draw inspiration from what illustrations looked like at the time period of the Haunted Mansion. They were like that letterpress, pen-and-ink-ish shaky line, not a lot of color—as if there were a ghost illustrator in the Haunted Mansion,” Cody suggests. “How would he see the characters around him?” The artists were influenced by the art styling of Tim Burton and Edward Gorey—who in turn influenced Burton’s The Nightmare Before Christmas—and, of course, by Marc Davis’ original illustrations for the Haunted Mansion for Walt Disney Imagineering. 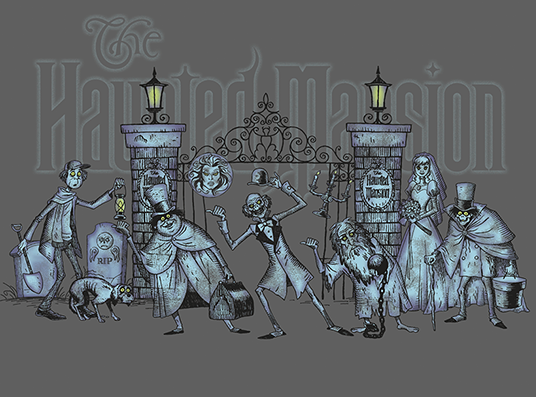 The “Forever Haunted” bucket incorporates designs and elements that really speak to the overall Haunted Mansion experience. “The image with all the characters—you see the Hatbox Ghost and Leota, the Hitchhiking Ghosts—it really tells the full story of the mansion, kind of in a different way than we’ve ever done before,” Cody emphasizes. 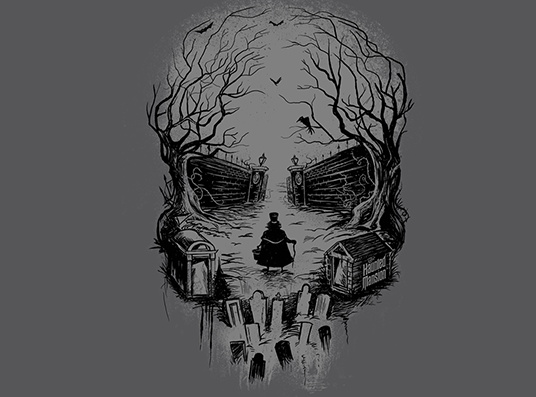 Cody’s favorite design can be found in this grouping. “The one with the skeleton—that’s actually my favorite design. One of the artists here did that and I love that it tricks the eye. When you look at it from a distance it’s a skull, although when you really look at it you see the Hatbox Ghost and how the gates form the eyes, and how the teeth are formed by the gravestones at the bottom.” 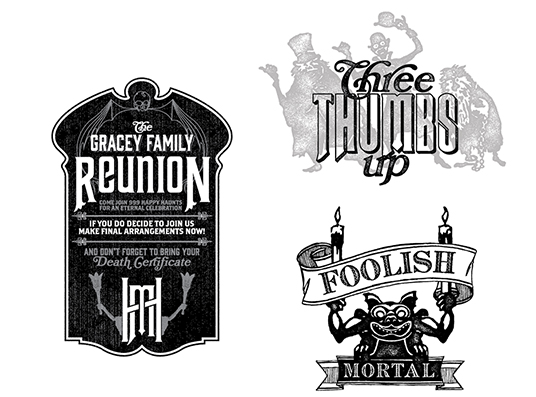 The mansion itself—and its purported property owner—are the focus of “From the Estate of Master Gracey,” which includes a Gracey family crest and a three-story floor plan. “This isn’t a literal blueprint of the attraction at all,” Cody clarifies, but is intended to represent preliminary plans Master Gracey may have had when he was building the mansion. 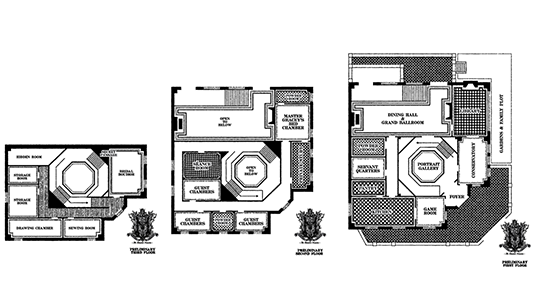 “You’ll see rooms that you see when you enter, like the portrait gallery and the ballroom. But then there are rooms that you don’t see, like the servants’ quarters and the game room. The top floor is the attic and you’ll see there are rooms there like the bridal boudoir and the sewing room, where the Hatbox Ghost would have made the hats.” Cody also reveals, “In the original design, the artists didn’t include a bathroom [in Master Gracey’s bed chamber]. And I said, ‘Well, Master Gracey would have his own bathroom.’ So we put the little details in there. It was a lot of fun.” 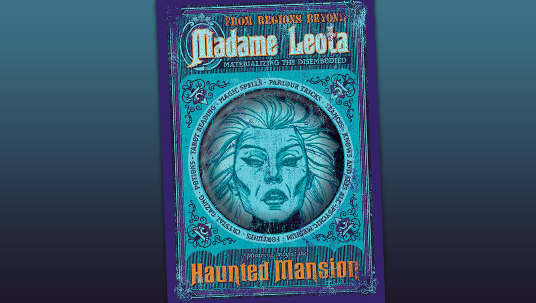 “Afterlife Advertisements” include a poster of Madame Leota, which could have been on the side of her gypsy cart, as well as other images that resemble advertisements during the time period of the Haunted Mansion. 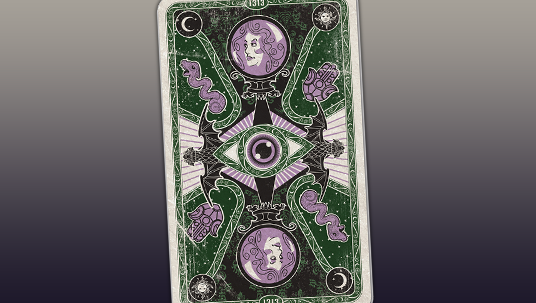 A wide range of images and designs can be found in the “Fortunes and Fashions” art bucket, such as patterns inspired by tarot cards and items you might find in Madame Leota’s séance room. The designers also took traditional fabric designs like damask and toile and brought them to “afterlife” in a nontraditional, Haunted interpretation. 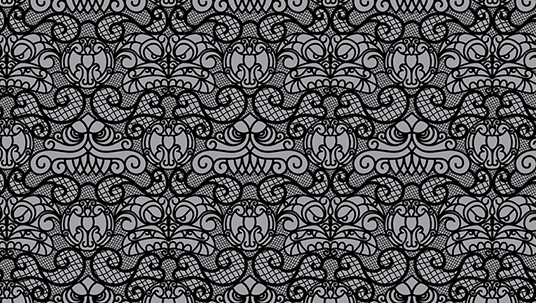 In a lace pattern, Cody points out, “The faces that appear there are faces above the doors in the Endless Hallway, on the grates. The other face is in the Stretch Room—it’s the grating that’s around the air vents—and the bat in the circle comes from the front gates of the Haunted Mansion.” 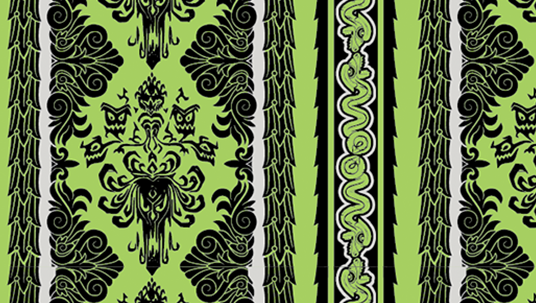 The stripe pattern features snakes that seem to slither upward. “Those are the doorknobs that are on the doors in the Endless Hallway,” Cody reveals, citing this as an example of the details most park visitors miss on their first Haunted Mansion visit, but which add to the attraction’s rich story. The stripe also references the frames around the mirrors found near the end of the attraction—the mirrors that alert visitors to the danger of Hitchhiking Ghosts. 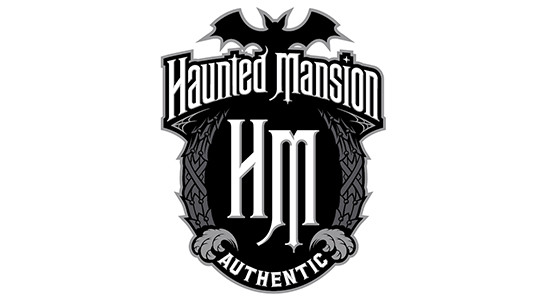 All of the new items will be marked with the “Haunted Mansion Authentic” logo, and many will also sport a tarot card hangtag. The hangtag resembles a tarot card that’s been themed to the mansion and Madame Leota on one side, and will feature a story about the collection on the reverse. The collection will feature some of the expected, like T-shirts, but all are realized in an unexpected way. Cody expects the T-shirts that have been designed to resemble to the attraction hosts’ butler and maid costumes to be top sellers. But the collection is filled with surprises, like a pair of smoking slippers, fedora hats, and Cody’s favorite item: a wedding cake topper that features the iconic bride ghost and her headless groom. 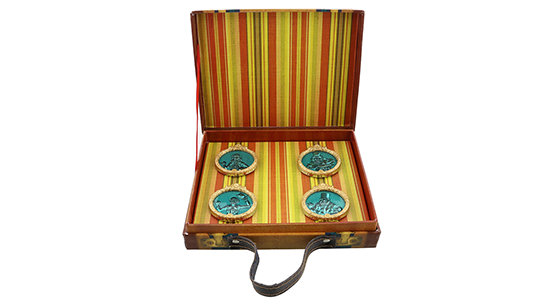 The designers’ goal was to raise the bar, in terms of detail in the storytelling and the quality.

As a Haunted Mansion fan himself, Cody admits, “My favorite thing about the attraction is that there’s a warmth to the Haunted Mansion that I don’t think you’d expect. It is spooky and scary, but at the same time I think it has a lot of heart to it and a lot of great storytelling.” 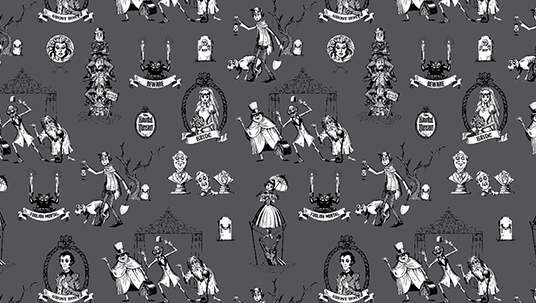