Home / Headlines / Go Just Beyond with Disney+ Beginning October 13—Plus More in ...

Earlier this week, our friends at Disney+ revealed their brand-new trailer for Just Beyond, an eight-episode anthology series from the world of best-selling author R.L. Stine. The series tells astonishing and thought-provoking stories of a reality just beyond the one we know; each episode introduces viewers to a new cast of characters who must go on a surprising journey of self-discovery in a supernatural world of witches, aliens, ghosts, and parallel universes.

Seth Grahame-Smith serves as writer and showrunner on Just Beyond, which is based on the BOOM! Studios graphic novels by R.L. Stine. Look for all eight episodes—with intriguing titles like “Parents Are from Mars, Kids Are from Venus” and “The Treehouse”—to drop on the streaming service on Wednesday, October 13, as part of Disney+’s exciting Hallowstream event!

Y’all, it’s here. Spooky season, a.k.a. October, has arrived! And to celebrate, there’s some fabulous viewing in store from around the world of Disney—including the premiere of the new Disney Channel Original Movie Under Wraps, and the chance to see Dwayne Johnson don a pair of wings in the 20th Century Fox film Tooth Fairy over on Hulu. For more on what you can expect, click here. 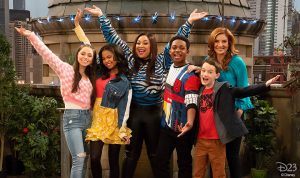 Fun news from the good folks over at Disney Channel: The network just ordered a fifth season of its hit sitcom Raven’s Home, starring Raven-Symoné as Raven Baxter and Issac Ryan Brown (co-host of Disney’s Magic Bake-Off) as her teen son, Booker.

Making kids age 6-14 and their families laugh for several years now, Raven’s Home will continue to follow the hilarious hijinks driven by somewhat psychic Raven Baxter and her son Booker, who has inherited his mom’s gift to catch glimpses of the future. A spinoff of the iconic Disney Channel comedy That’s So Raven, season five welcomes Rondell Sheridan to the cast, who reprises his role from the beloved classic as Raven’s easygoing and loveable dad, Victor Baxter. Also joining the cast are Mykal-Michelle Harris (ABC’s mixed-ish) as Raven’s young cousin Alice; Felix Avitia (Disney’s Gamers Guide to Pretty Much Everything) as Neil, Victor’s neighbor and Booker’s high school classmate; and musician and singer Emmy Liu-Wang (Broadway’s Annie) as Ivy, a young neighbor who babysits Alice.

The new season will also mark a reunion for the creative team as Emmy®-nominated writer/producer partners Scott Thomas and Jed Elinoff (Malibu Rescue, Disney’s Randy Cunningham: 9th Grade Ninja), who developed the series, join Raven-Symoné as executive producers, along with Anthony C. Hill (Family Reunion). Production on the show resumes this fall—so stay tuned… and in the meantime, catch Raven’s Home on Disney Channel, DisneyNOW, and Disney+, and stream all four seasons of That’s So Raven on Disney+ as well! 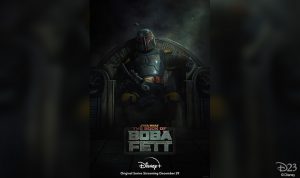 Open The Book of Boba Fett This December…

Teased during the second season finale of The Mandalorian, Disney+’s sure-to-be-spectacular new series The Book of Boba Fett has a release date: Wednesday, December 29. (If that’s not an excellent extension of the holiday gifting period, we don’t know what is.) But that’s not all… the streaming service also released a very cool new piece of art for the series featuring the legendary bounty hunter, above.

The Book of Boba Fett, a thrilling Star Wars adventure, finds the bounty hunter—along with mercenary Fennec Shand—navigating the Galaxy’s underworld when they return to the sands of Tatooine to stake their claim on the territory once ruled by Jabba the Hutt and his crime syndicate.

With “The World’s Most Magical Celebration,” honoring Walt Disney World Resort’s truly incredible 50-year history, kick off this weekend, our pals at the Resort just made a bunch of very cool announcements—including when Guardians of the Galaxy: Cosmic Rewind is set to blast off, and the magical new addition coming to guest rooms across the resort. Read all about it right here at D23.com. 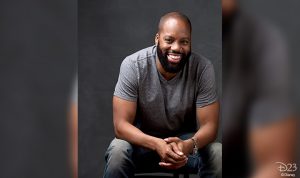 Prolific playwright and filmmaker David E. Talbert is partnering with Disney Branded Television for the new musical series Madelyn Square Garden—and if you watched his hit 2020 holiday film Jingle Jangle: A Christmas Journey, you know there’s a lot of fun in store…

Madelyn Square Garden is set to introduce audiences to an accomplished young woman (named Madelyn, of course) as she moves from Mississippi to the bright lights of New York City, thinking all her Broadway dreams are about to come true. But she soon discovers that she’ll need more than raw talent to beat out the competition at her elite performing arts school. At the same time, she’ll set off on an unexpected journey that reveals why her grandfather ran off to NYC with his own Broadway ambitions, never returning home.

Talbert, alongside his wife and partner, Lyn Sisson-Talbert, will produce the series; their other projects in development include ABC’s Better Late, a single-cam comedy produced alongside Lebron James and Maverick Carter. Keep your eyes peeled for more Madelyn Square Garden news as it develops.

First Look at Disney+’s Welcome to Earth from National Geographic

Along the way, Smith is guided by elite explorers on an extraordinary journey, getting up close and personal with some of the most thrilling spectacles on the planet—from volcanoes that roar in silence to deserts that move beyond our perception to animal swarms with minds of their own. The preeminent adventurers leading Smith through these experiences include marine biologist and National Geographic Explorer Diva Amon; polar expeditionist Dwayne Fields; National Geographic Photographer Cristina Mittermeier; and many more. Combining breathtaking cinematography with Smith’s boundless curiosity and enthusiasm, the epic Disney+ series is an exciting, multisensory ride through Earth’s most mind-bending portals.

Look for Welcome to Earth to start streaming this December.

In just a few short months, audiences will meet the amazing Madrigal family in Walt Disney Animation Studios’ milestone 60th animated feature, Encanto. D23 recently heard from a gaggle of Encanto’s creative team about their memorable experiences making the film, from how two musical theater-loving trombonists came up with the initial idea to a colorful Colombian research trip, and lots more. 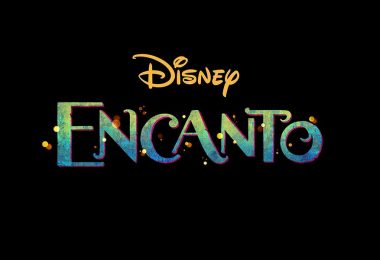