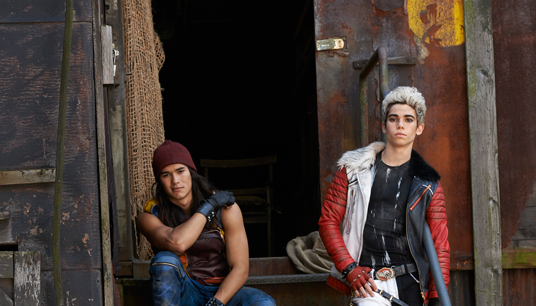 Disney’s iconic characters are living out their happy endings in Auradon, a present day idyllic kingdom. All defeated villains have been exiled to the Isle of the Lost, a remote island where they must spend their remaining days isolated from Auradon’s modern-day luxuries. Time passes, and the teenage son of King Beast and Queen Belle is poised to take the throne. His first proclamation: offer a chance at redemption to the trouble-making descendants of the villains stuck on the Isle of the Lost. The teenaged kids of Maleficent, the Evil Queen, Jafar and Cruella de Vil are allowed into the kingdom to attend prep school alongside the teenage progeny of iconic Disney heroes. The villainous parents see this as an opportunity to use their children to carry out an evil plan that will finally free them all from the Isle of the Lost. Will these evil teens follow in the footsteps of their wicked parents?

Disney’s Descendants is a contemporary live-action adventure comedy that introduces the teenage progeny of Disney’s iconic characters—most notably its evil villains. The Disney Channel Original Movie will premiere on the Disney Channel in 2015. 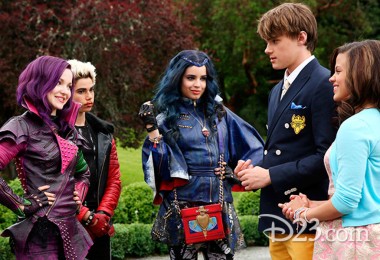