It’s a modern classic Disney transformation number where everything changes for the character, like Ariel’s yearning to be “part of your world” in The Little Mermaid or Belle wanting “more than this provincial life” in Beauty and the Beast. It gives you goose bumps and will be stuck in your head the rest of the day.

Elsa’s character supervisor, Wayne Unten, has heard “Let It Go” more than any of us. He had the considerable job of animating a character who could match the Broadway diva Idina Menzel’s vocal strength, expressions, and emotion. We caught up with him at the Walt Disney Animation Studios in Burbank, California. And as he tells us below, on his journey animating this segment of the film, Wayne had to really set all his creative barriers aside and let it go.

“Before we start animation, we have a story reel that tells us what needs to happen in the shot. But it doesn’t really tell us how the character’s feeling and what the character’s thinking; that comes in the animation. So we do our homework and think about the scene and the lyrics. We’re not thinking about it as just a song, it’s acting. Elsa’s telling us something; she’s communicating something to the audience. So every line has purpose behind it. There’s something that you’re trying to communicate.” 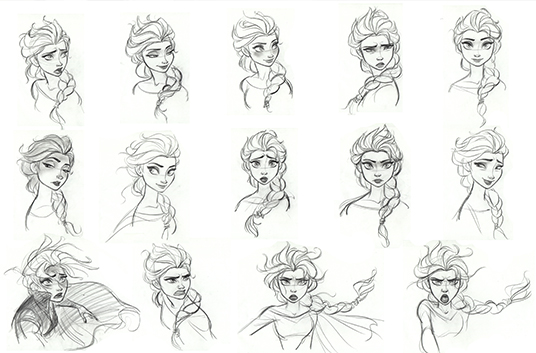 “Her whole life she’s been really controlled by this fear; she’s living in fear and it’s awful for her, but she’s concealed, she’s trying to not let her power show. It’s finally exposed, and she has to leave her kingdom; it’s very sad. But at the same time, she’s free to be who she is and there’s a joy in that.” 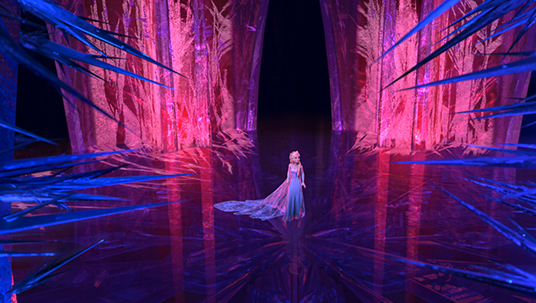 “I did some thumbnails and plotted something out, but I didn’t quite have the feeling that the directors wanted. It didn’t have that energy quite yet. So I went back to the drawing board. Literally, I locked myself in my office, turned up the volume and really thought about it. I was singing it out loud when no one was here. I was in my shower singing. I acted in front of the mirror and started thinking about the poses, clear poses, and then composed them into what’s called a blocking pass. I showed the main poses just to get the buy-in from the directors—we show our work to all our peers and we get feedback. My goal was to really get across how Elsa’s going to finally use her powers and throw away everything she’s ever known. And then she becomes this beautiful thing. She lets her hair down, literally.” 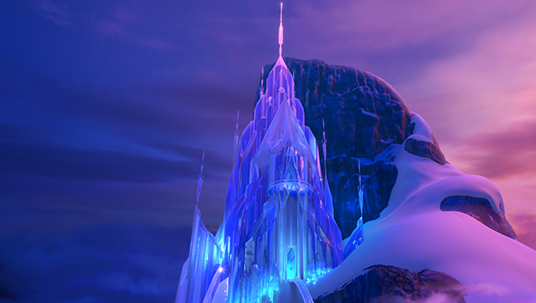 “Also something else I like to do is I like to look at the voice actors and I listen for certain things. When Idina Menzel came in, she talked a lot about singing and how her diaphragm moves when she’s taking her breath or she’s releasing that. So these are things that I’m looking for. I’m looking for little things that I can put into my animation just to make it a little bit more believable… Something that’s specific to what she would do, and that we get out of the vocal performance. When John Lasseter looked at the entire sequence, he reminded us to make sure we’re thinking about the breathing, because that’s so key and it makes it feel more alive. In reality, it’s just puppets in the computer, but we want to tease the audience into thinking that these characters are real and alive.”