What if Cinderella never put on the glass slipper? That’s the question asked in the latest Twisted Tale, part of an anthology series of “what-if” versions of beloved Disney stories. Debuting April 7 and written by Elizabeth Lim, So This Is Love explores the story of Cinderella as if she was unable to prove she was the missing princess from the ball. Check out an exclusive excerpt from this spin on a Disney classic—and if you want to find out what happens next, make sure to preorder So This Is Love so you can keep reading on April 7.

So This Is Love by Elizabeth Lim excerpt:

On the count of three.

Three. She meant to jump, but the horses stumbled over a broken crate on the road, and the carriage suddenly swerved right. One of the doors swung open, taking Cinderella with it and tossing her out onto the road.

She forgot not to scream. Thankfully, the rain muffled her cry as she slammed into the ground. She landed on her side, her legs scraping against the rough gravel. The carriage wheels splattered mud over her clothes, and she felt a shock of cold.

Ignoring the pain springing in her ribs, Cinderella pulled herself up and off the street, narrowly avoiding getting trampled by another coach that came barreling past. She crawled into a corner and held her breath until Mr. Laverre’s carriage rounded the corner, its wheels lumbering against the pebbled roads.

Cinderella waited there, knees shaking, teeth chattering, the whole time fearing that Mr. Laverre would discover she had escaped. But when several minutes had passed and his carriage did not return, she finally stirred.

One muscle at a time, she picked herself up. Everything hurt. Her ribs, her back, her hands. Cuts and scrapes nicked her knees, and her fingers were bleeding. But she was free.

Suddenly, she heard a familiar whimper, and a wet, furry creature brushed against her calves.

Cinderella had never been so glad to see him. “You followed me all the way from home! You brave, brave dog.”

She hugged him, taking comfort in his familiar face. Together they rose and wandered the neighborhood in hopes of finding a kind soul who might take pity on them. But the streets were empty, and no wonder—no sane person would be out during a rainstorm like this. The rain had snuffed the lamps, and darkness wreathed every inch of the road ahead.

Each house was gated, every shop locked. There was no hope of finding help at this hour, not in this weather. The rain was relentless; they’d have to wait until the storm passed, or until dawn . . . whichever came first.

They found shelter under the awning of a closed storefront. Cinderella tried knocking several times, but no one came to the door. Through the glass was a marvelous display of layered cakes decorated with pink rosettes and candied fruits, chocolate-laced cookies, and buttery pastries dotted with jam.

“Come on, Bruno,” she said, wincing as her stomach growled with hunger. She leaned against the store’s brick wall and gathered her dog under the awning. “Let’s sleep here tonight.”

She hugged him close, listening to his pulse thump steadily against her racing heart. Gradually her temples stopped throbbing, and the pain in her side dulled.

Her dog looked at her as if he didn’t understand why she was apologizing to him.

“You could be home with a hot meal and a warm bed right now.” She stroked his ear playfully. “You could be drinking a nice warm bowl of milk, or chasing Lucifer out of the kitchen.” She drew him close, burying her face in his warm fur. “But I’m glad you’re here, loyal as always. Thank you, Bruno.”

Her terror subsided, but fear lingered. New fears. Practical ones, brought on by the unyielding rumble in her stomach, the rain sinking into her skin, and the chill moving into her bones that her threadbare shirt could not prevent.

What would tomorrow bring? Cinderella wondered as she shivered. She had no money, no family, no place to go. Without her glass slipper, she was sure the palace guards would turn her away at the front gates. In her rags, with the bruise on her head and scratches on her arms, who would believe that she had danced with the prince at the ball? That she was the maiden the whole kingdom was looking for?

One thing was for certain: if she didn’t find food and shelter, she and Bruno wouldn’t last long on their own.

It was what she’d always feared. Any time she’d secretly fantasized about leaving her stepmother’s house, this was the reality that had chased the dream away.

“The world is a cruel, cruel place, Cinderella,” her stepmother used to tell her when she was a child. “You should be grateful to me for giving you a roof over your head. How do you think you’d fare out in the world? You, without any worldly experience—an orphan, unwanted and alone?”

Those words haunted her. They were awful, but true; she was alone, and she had no experience being out in the world. How would she make a life for herself?

She glanced up, taking in the moon, still luminous even as the storm unfolded. Shielding her eyes from the rain, she craned her head north. There, at the edge of the city, sat the king’s palace.

Her father had once told her that one could see the king’s palace from any point in the city. Her view now was different from the one she’d had at home, but the palace was no less resplendent. How many hours had she spent staring at it, dreaming about how grand it would be to go inside, how wonderful it would be to dance within its marble halls?

Well, now she had.

She felt no regret about how eagerly she’d wanted to go to the ball. What she regretted was how naive she’d been, and that flicker of longing that had sprung up inside her when she realized the Grand Duke’s quest was to find her. For an instant, she’d fooled herself into thinking reuniting with the prince was the ticket to happiness and a better life for herself.

So where did she go from here?

I’ll figure this out on my own, Cinderella thought grimly. I cannot always depend on someone to save me.

“Tomorrow,” she whispered aloud, stroking Bruno’s head. “Beginning tomorrow, I’m never going to feel this helpless again. Once the storm ends, we make a new life. You and me.”

With that promise heavy in her heart, she hugged Bruno close, shifting them both deeper under the awning and away from the cold, relentless rain.

It was a long time before she finally fell asleep. 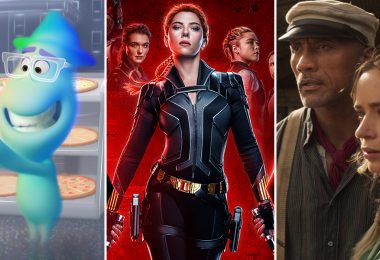