Home / News / Just For Fun / Your Ultimate Guide to the Most Instagrammable Disney ...

A day at a Disney park is filled with treats beyond compare, rides that thrill, and, of course, magic! At the end of the day, all we want is to bottle it all up and take it home with us! And what better way to do that than with a perfect picture in front of a wonderful Disney wall for Instagram?

But, what makes a beautiful backdrop? Well, a bit of faith, trust, and pixie dust (and a stunning Disney fan to take center stage), of course! Here are some of our favorite photo-op locations. 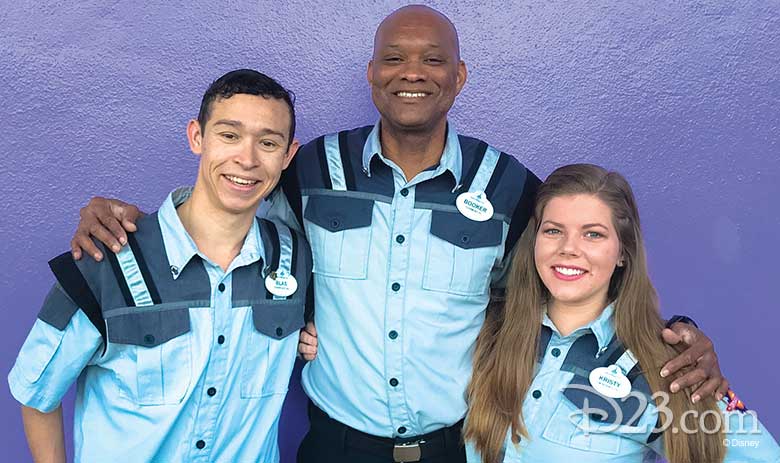 The Purple Wall—Monsters, Inc. Laugh Floor
You could say that this was the wall that started it all. The Purple Wall (#purplewall) is located next to Monsters, Inc. Laugh Floor, near the entrance of Tomorrowland in Magic Kingdom Park. But, that’s not all! While a solid purple wall may be your backdrop of choice, there is also a fun, geometric design (#galacticpurplewall) you can snap your impeccably purple pictures in front of! 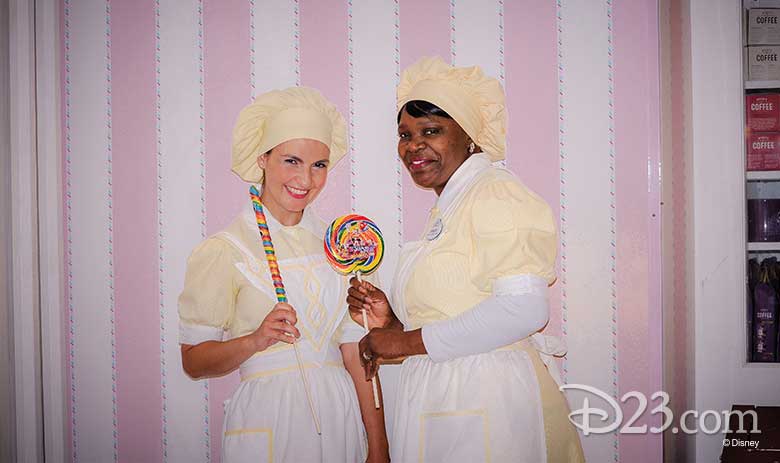 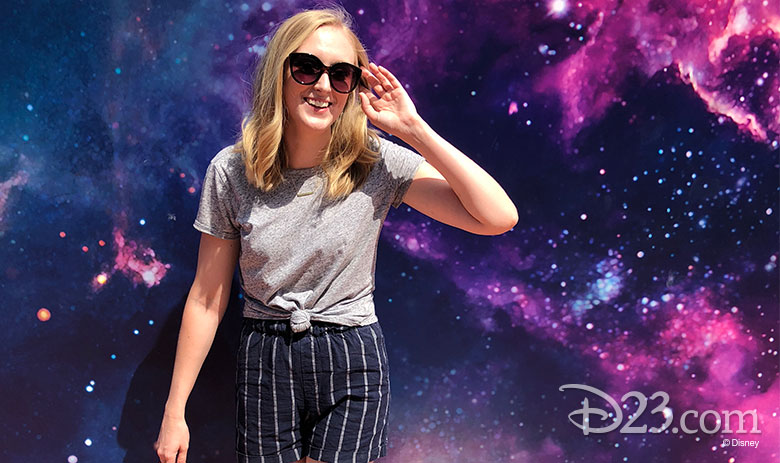 Galaxy Wall
You may have to work your way around some pixie dust for this wall, because as Imagineers are hard at work on the new Guardians of the Galaxy themed attraction, a brand-new Galaxy wall has gone up. But, you have to get there quickly, because this wall is temporary! 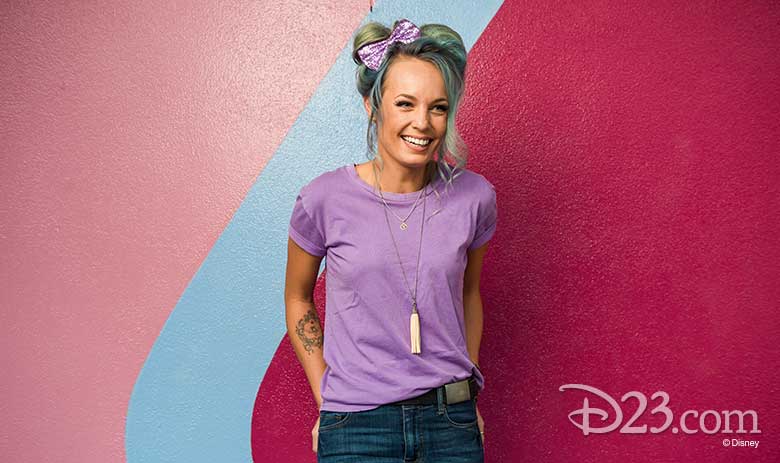 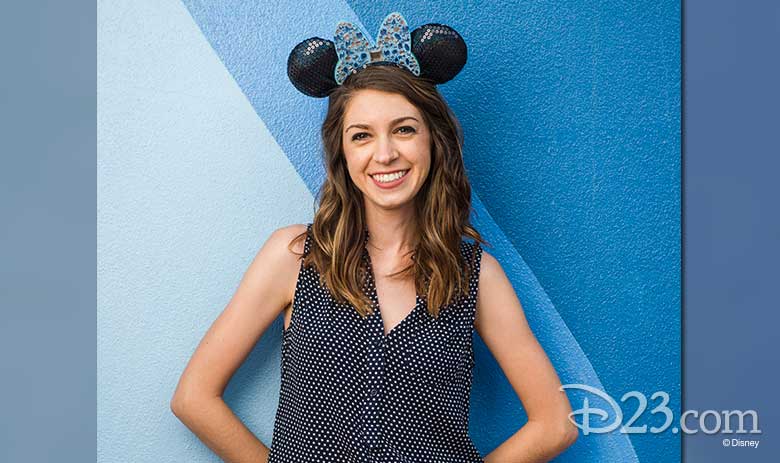 Blueberry Wall—Spaceship Earth
The Blueberry Wall (#blueberrywall) at Epcot is definitely a fan-favorite “Wall of Disney.” Located near the exit of Spaceship Earth, this wall is the perfect place to remind everyone that there’s no need to be blue when you’re at the most magical place on Earth!

Rose Gold Wall—Mission: Space
It’s the craze heard ‘round the world! Rose gold is here to stay, and we love it! Whether you have your rose gold Minnie Mouse ears or spirit jersey, or not, you can show your affinity for the bright color by grabbing a photo in front of the Rose Gold Wall (#rosegoldwall) in Epcot!

We went on the hunt for the best walls in @waltdisneyworld! Head over to our Instagram story for some of the best spots for your next Disney Parks #ootd.

Mosaic Wall—The Land Pavillion
The Mosaic Wall (#mosaicwall) is located in The Land in Future World in Epcot, and it’s a cool space (in the shade!) to grab a uniquely colorful photo! 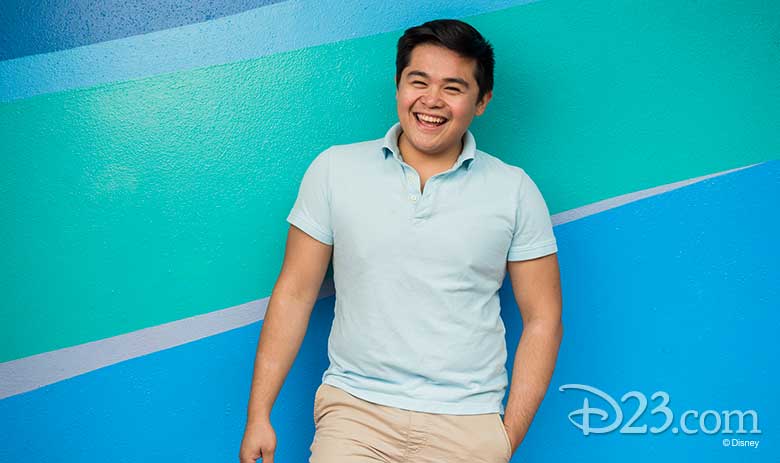 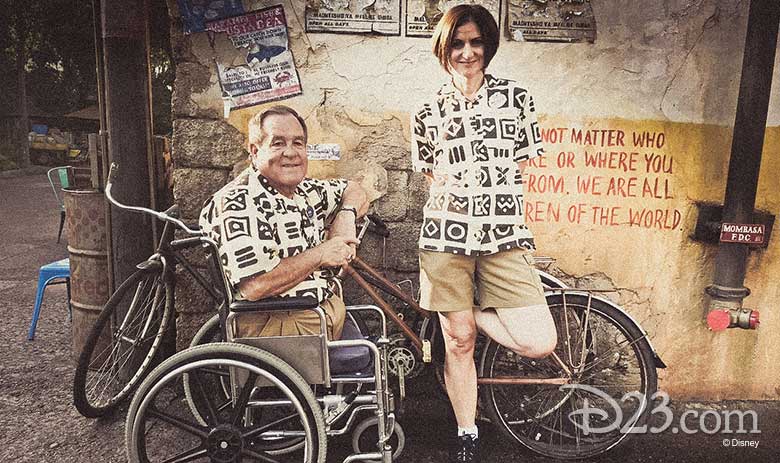 Walls of Harambe
You don’t have to travel far to satisfy all of your wanderlust daydreams, because right inside Disney’s Animal Kingdom are the Walls of Harambe (#wallsofharambe) which transport you to an African safari, with tons of different walls to choose as your backdrop venue. 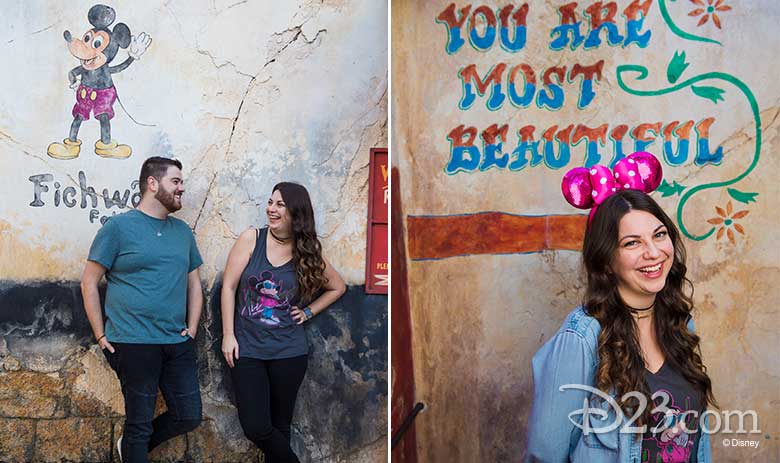 One of the most popular walls, the You Are Most Beautiful wall (#youaremostbeautifulwall), is an excellent way to give everyone a reminder of just how great you are. 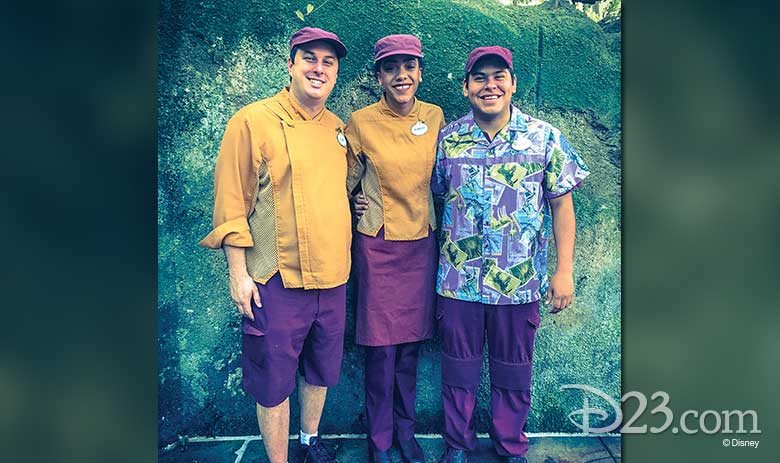 Moss Wall—Pandora: The World of Avatar
For the greenest, most adventurous wall, you just have to fly to Pandora—The World of Avatar. The Moss Wall (#mosswall) is located near Satu’li Canteen, and it’s an out-of-this-world spot to outlive your wildest wilderness dreams.

Popsicle Wall—Toy Story Land
Golly bob howdy! Not only does the new Toy Story Land offer exciting new eats and attractions, but also great new walls to pose in front of! The Popsicle Wall (#popsiclewall) quickly became a fan favorite, and we can see why! Find this wall over at the exit of Toy Story Mania!.

Incredibles Celebration Wall—Disney’s Hollywood Studios
Even though it’s been a few months since Incredibles 2 landed in theaters, we’ll never stop celebrating our favorite family of Supers. Located at the entrance of Disney’s Hollywood Studios, this all-new wall (#incredibleswall) transports you to the city of Metroville, the very place the Parrs call home. And, who wouldn’t want to be transported to a world filled with laser-eyed crime-fighting babies? 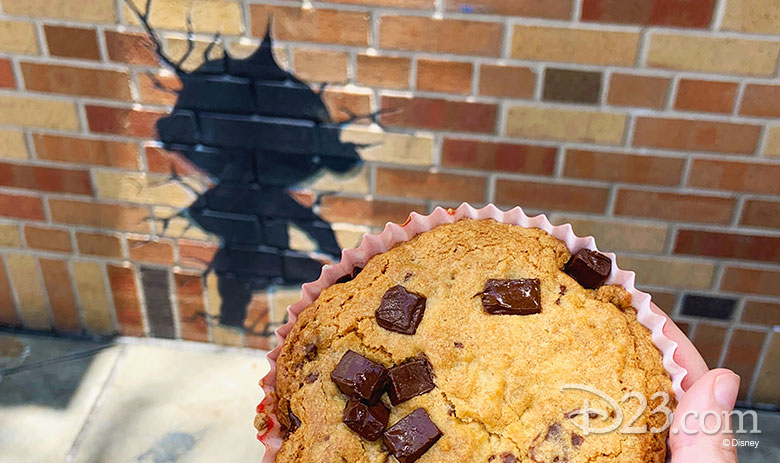 Jack-Jack Wall Cutout—Disney Hollywood Studios
Right across from the Incredibles Celebration Wall, next to the giant thermos, you can find the baby, the myth, the cookie-eating legend himself, Jack-Jack (#jackjackwall)! As per usual, he’s too fast for us! Fueled by Jack-Jack Cookie Num Nums (which you can taste for yourself!) the youngest member of the Parr family has already blasted his way through the wall onwards towards his next adventure. But, you can take a picture alongside the slight damage he made! 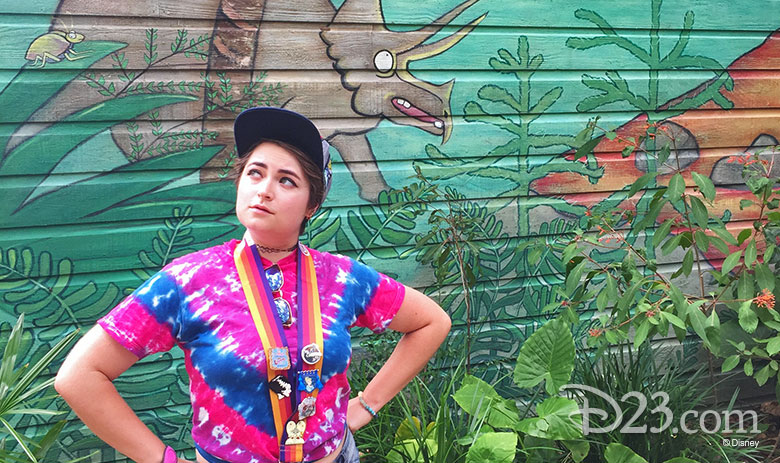 Dino Wall—Disney’s Animal Kingdom
In DinoLand U.S.A. at Disney’s Animal Kingdom, you won’t just be walking amongst some of the most ancient creatures to roam Walt Disney World, you’ll be transported back to their time. With the Dino Wall (#dinowall) as your backdrop, you can fool all of your friends into believing you had a brief time-traveling adventure on your latest Disney trip. 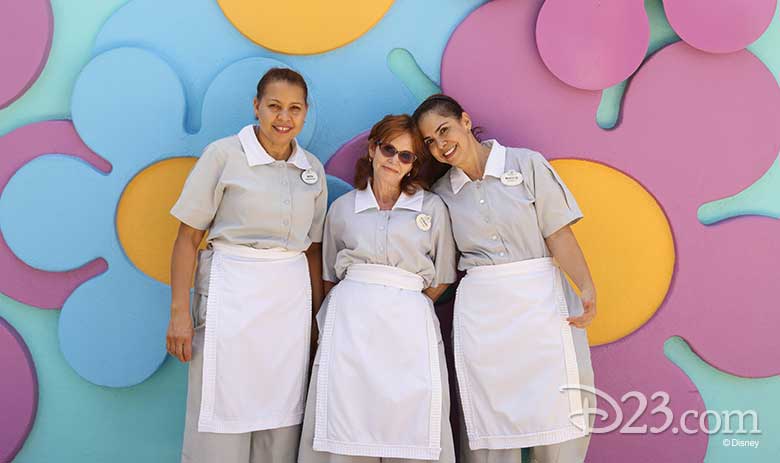 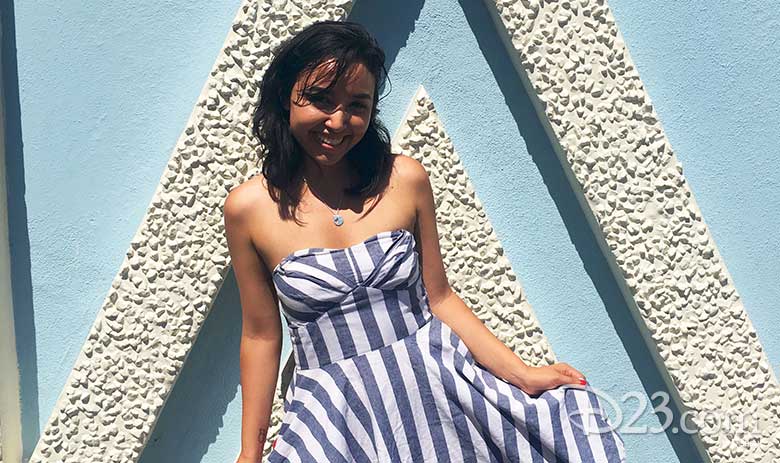 it’s a small world Wall—Fantasyland
It might be a small world after all, but that does not limit our choices of prime photo points, especially around the attraction itself! Located to the left of the inimitable international ride, right behind Fantasy Faire Gifts, the towering blue and white it’s a small world Wall (#itsasmallworldwall) is a flawless spot for grabbing a photo with friends. 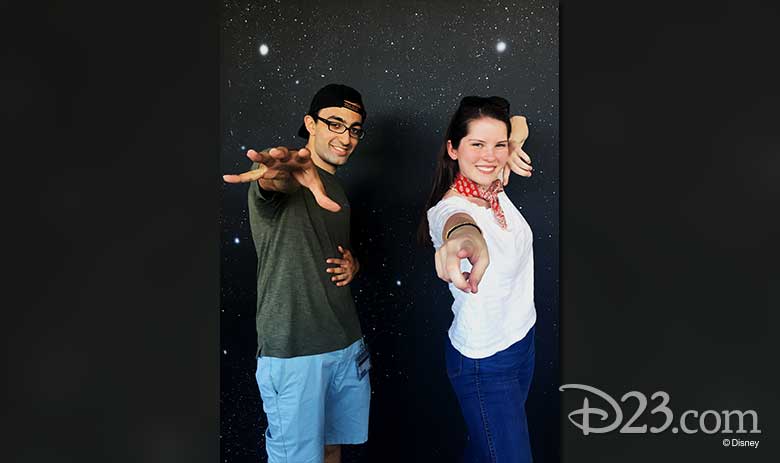 Star Wars Wall—Tomorrowland
In a galaxy far, far away, there is a wall strong with the force for all of you Wookiees, scoundrels, Jedi, and Sith. The Star Wars Wall (#starwarswall) wraps around Star Wars Launch Bay and you can choose spots with or without those famous words. May the force be with you… as you snag a couple photos! 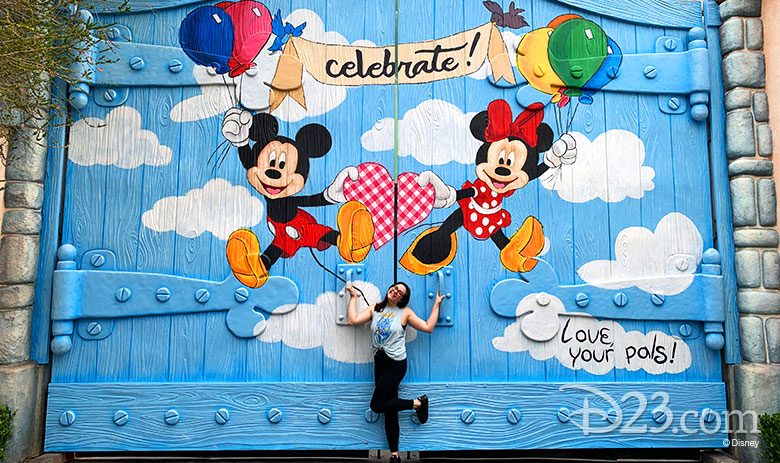 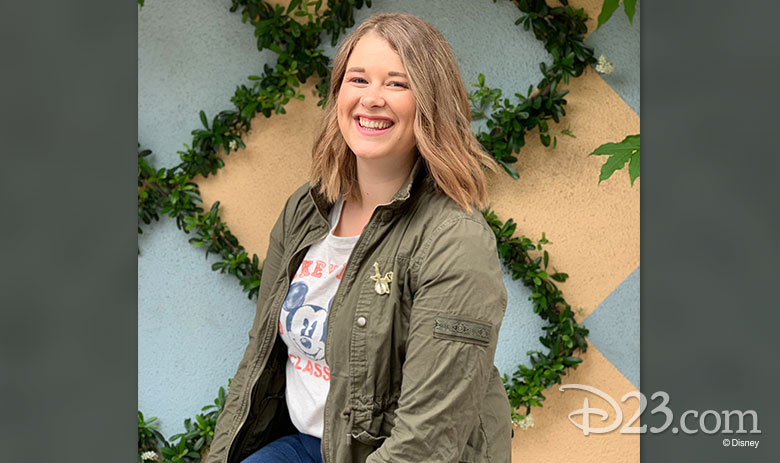 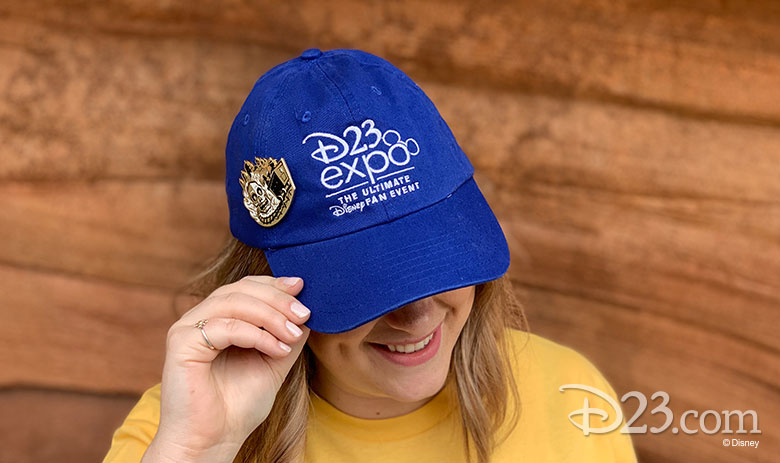 Frontierland Wall—Disneyland Resort
While, by the looks of it, you may think this wall was in Cars Land at Disney California Adventure, it’s actually tucked away between Fantasyland and Frontierland. The Frontierland Wall (#frontierlandwall) makes for a natural backdrop to add a spot of uniqueness to your photo gallery. 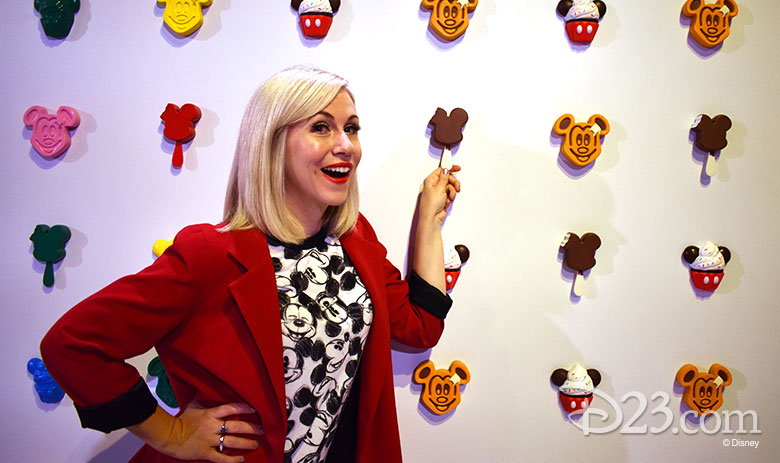 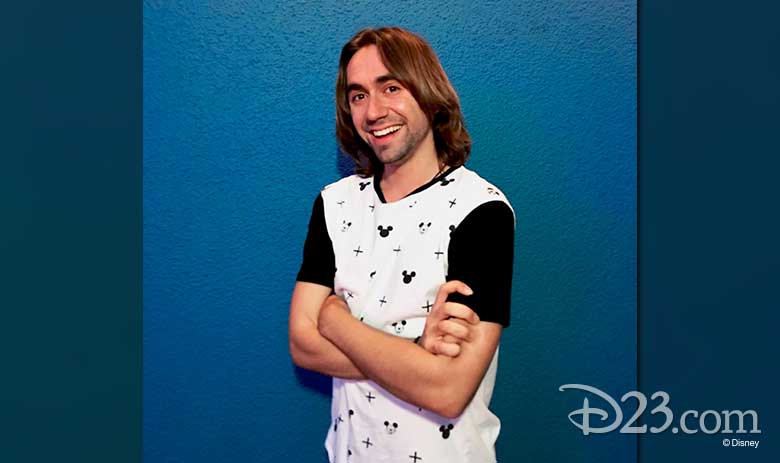 The Blue Wall—Hollywood Land
Is there a more classic color than blue? The famous Blue Wall (#bluewall) in Hollywood Land will make you feel like royalty when you stop for a snapshot at this regal wall. 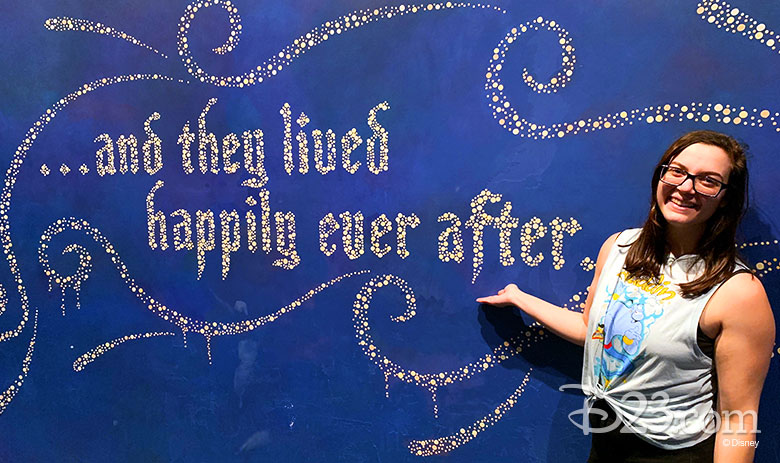 Happily Ever After Wall—Hollywood Land
Whether you’re celebrating a special milestone or you cherish those famous three words, this wall is a perfect spot to stop and take quick photo. The Happily Ever After Wall (#happilyeverafterwall) can be found in the tunnel going from the Animation Academy into Off the Page. 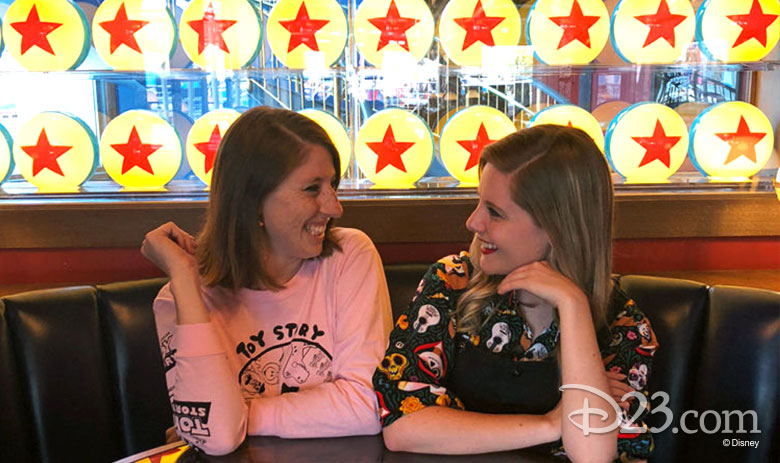 Luxo Ball Jr. Ball Wall—Pixar Pier
With the addition of Pixar Pier, there are even more great locations to take a quick picture. One of our favorite stops is right inside the Lamplight Lounge at the Luxo Ball Wall (#luxoballwall). Let Luxo light up your photo as you stop for a quick photo shoot (and, of course, snack on some Lobster Nachos, because how can you not?).