On Friday, May 22, Disney fans are going to want to wake up early and go to Disneyland Resort or Walt Disney World Resort. Today, both parks announced 24-hour events that will kick off the summer of 2015: The California event marks the launch of the Disneyland Resort Diamond Celebration and will be highlighted by the debut of three new nighttime spectaculars, while the Walt Disney World Resort is heralding the start of the “Coolest Summer Ever.” The events both begin at 6 a.m. on Friday, May 22, and end at 6 a.m. Saturday, May 23, local time.

Here are some of the details for both celebrations:

The entire Disneyland Resort is celebrating the resort’s 60th Anniversary. At this special 24-hour event kicking off the Diamond Celebration, guests will enjoy the thrilling premieres of three, new nighttime spectaculars:

Paint the Night Parade—After dark along the Disneyland parade route, 24-hour guests will be among the first to see the Paint the Night parade, showcasing beloved Disney characters in dazzling parade scenes illuminated with more than 1.5 million individually controlled lights—the first all-LED parade in Disneyland Resort history. The luminescent parade introduces a new era of magical entertainment, as Mickey Mouse uses his imagination to harness the power of Tinker Bell’s pixie dust to “Paint the Night” in dazzling Disney dreams. Those dreams include special appearances by Mickey’s pals and beloved characters from tales such as Monsters, Inc., Cars, The Little Mermaid, Beauty and the Beast, Toy Story, and Frozen. The parade features some of the most spectacular floats, unforgettable music, and special effects ever presented at the Disneyland Resort, along with energetic performers who add to the brilliance with colorful costumes that light up, too.

Disneyland Forever Fireworks Show—Disneyland Park itself plays a starring role in the Disneyland Forever fireworks spectacular, also premiering during the 24-hour event. Breathtaking fireworks shows have long been a Disneyland Resort tradition and Disneyland Forever soars to new levels, immersing guests from the tips of their toes to the brilliant pyrotechnic bursts above, thanks to special effects that turn the storefronts of Main Street, U.S.A., the Matterhorn mountain, the Fantasmic! water screens, and the façade of it’s a small world into gigantic projections screens filled with color, characters, and surprises. Disneyland Forever transports guests into the worlds of beloved Disney and Disney•Pixar films, including a dance with King Louie from the The Jungle Book and a flight over London with characters from Peter Pan. Two original songs also energize the show: the theme “Live the Magic,” and the inspiring closing song “Kiss Goodnight,” written by Disney Legend Richard M. Sherman. Disneyland Forever will be visible from Main Street, U.S.A., and several Disneyland locations.

Meanwhile in Florida, Walt Disney World Resort will kick off the “Coolest Summer Ever” with 24 hours of nonstop fun during the event at the Magic Kingdom. Olaf will host, and to announce the event and the cool summer season, Disney today brought to life a warm summer scene inspired by Olaf’s dream, creating a 20-foot-wide beach complete with a Cinderella Castle made of sand in the middle of winter-weary Boston.

Memorial Day weekend is the traditional start of family vacation time, and Walt Disney World Resort will launch into the season full force. The Magic Kingdom will be open 24 hours to guests from 6 a.m. to 6 a.m., Friday May 22 to Saturday, May 23. Guests will be invited to come in costume to show their Disney Side while a selection of favorite attractions, entertainment, special event merchandise, plus food and beverage are on tap all night long to celebrate the start of the “Coolest Summer Ever” at Walt Disney World Resort.

The around-the-clock celebration features Disney character greetings, dance parties, and surprises into the wee hours of the night. For more information, visit Disneyworld.com/CoolestSummerEver.

The 24-hour party is just the beginning of the summer fun at Disney Parks on both coasts. And D23 will be sure to bring you all of the updates and exciting new details as they’re announced! 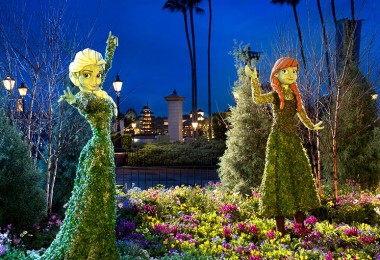 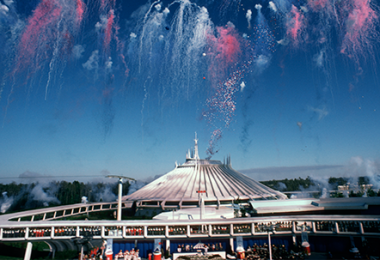