The holiday season is always a time for bringing people together, and for D23 Days of Christmas, we celebrate our own tradition of bringing artists from all over The Walt Disney Company together to share their own special touch of magic with D23 Members! Here are three all-new pieces, created especially for the fan in all of us. 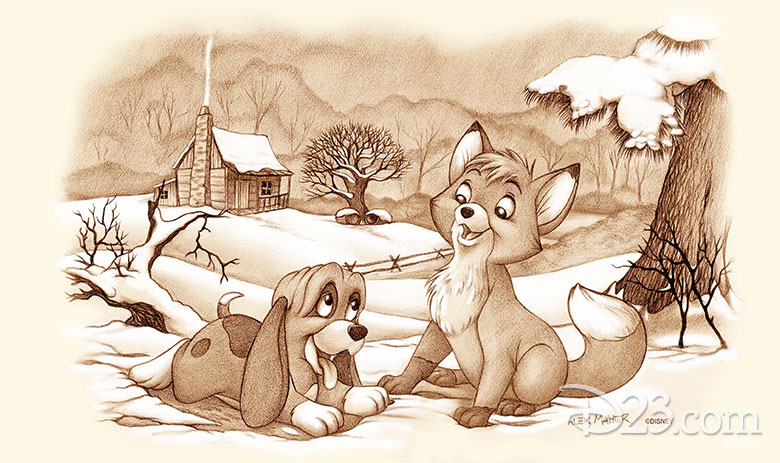 In this nostalgic drawing, Alex Maher, Senior Character Artist at Disney Design Group, reminds us that the Christmas season is a great time for “the best of friends” to spend quality time together. Here, Copper and Tod from The Fox and the Hound (1981) play in the winter snow. 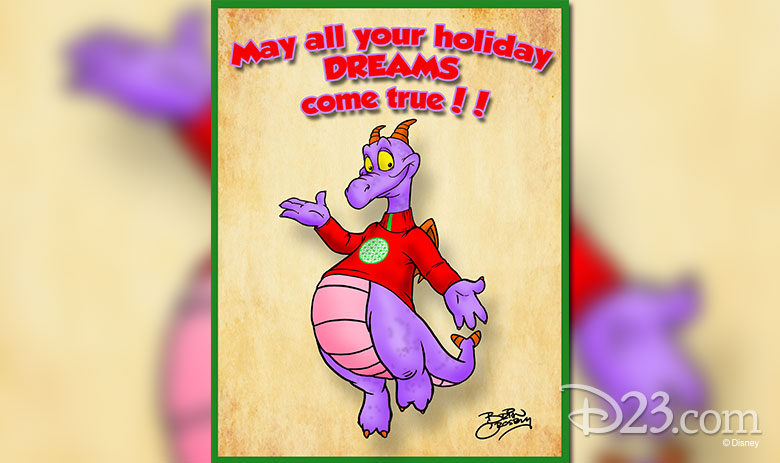 A Christmas dream can be a dream come true with just that spark in me and you! Brian Crosby, Creative Director, Marvel Themed Entertainment, presents the lovable Figment from Journey into Imagination—who has swapped out his traditional yellow-and-red sweater to celebrate the holidays “Epcot style.” 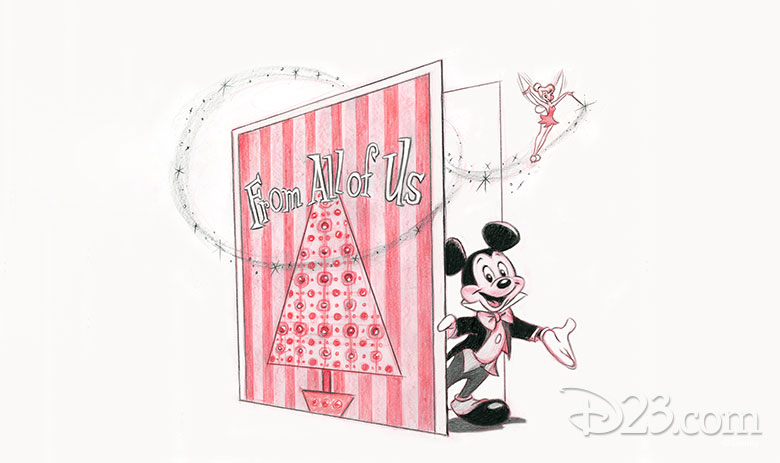 This piece, titled “To All of You,” was drawn by Dave Pacheco, Creative Director, Disney Consumer Products, and is inspired by the fondly remembered television program From All of Us to All of You. The show first aired December 19, 1958, and continued for several later Christmas seasons. (Many fans are probably finding themselves humming its memorable song, written by Hazel George and Paul Smith.) 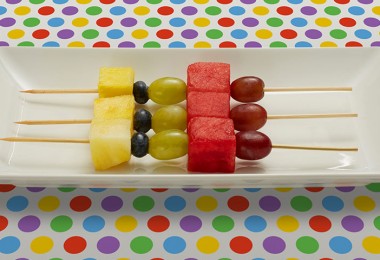 Inside Out Fruit Skewers 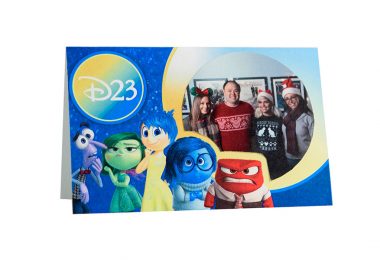