Fifteen years ago today, Treasure Planet first opened the sails of its Solar Surfers and brought us a unique retelling of the Robert Louis Stevenson classic, Treasure Island. Do you know how this tale of swashbuckling pirates and glittering gold ended up in the far future world of space travel and cyborg buccaneers? We sat down with the film’s directors, Ron Clements and John Musker (the duo better known as Ron and John), who shared with us some little-known facts about the making of this cosmic adventure. 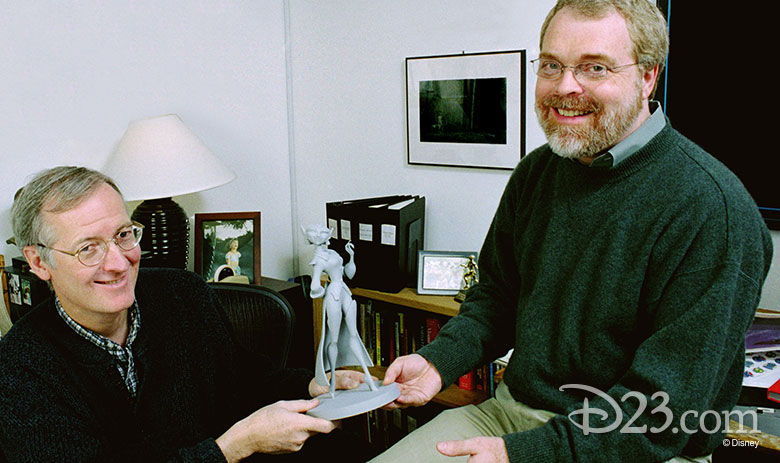 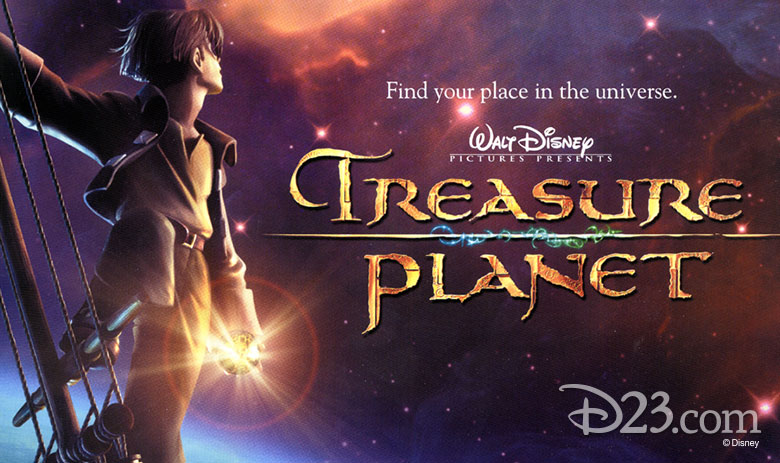 1. The idea is older than you think.
The directorial duo pitched the idea for Treasure Planet back in 1985, when Disney Animation creatives got together to pitch new movie ideas. Clements explains, “They had asked everyone two weeks before the meeting—this group of directors and story people—to come up with five new ideas for animated features.” 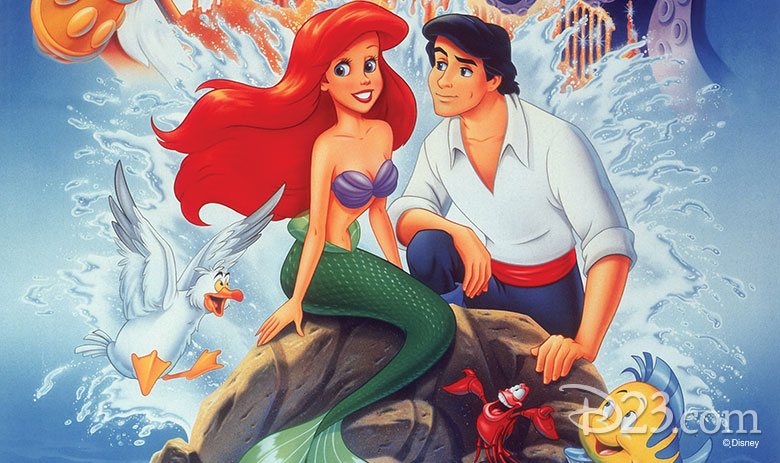 2. It was pitched at the same time as another Disney classic.
For the pitch session, Clements and Musker brought two ideas to the table: Treasure Planet, and a certain tale about a princess trying to lose her tail. Clements recalls, “I had read The Little Mermaid in a bookstore and got excited, so I wrote a two-page treatment for it. I’d written up a two-page treatment for Treasure Island in Space, as well.”

However, back in 1985, neither idea made waves. Executives cited both stories as being too similar to other projects in production at the time. Fortunately for Clements and Musker, they didn’t have to wait long to see their ideas come to fruition. The Little Mermaid was put into production right away, and while they had to wait longer for their Treasure Island in Space idea to set sail, the day finally came. As they recall, the studio came to them, and said, “We’re looking for science fiction ideas, and we’re looking for pirate ideas.” Clements and Musker had just the story. 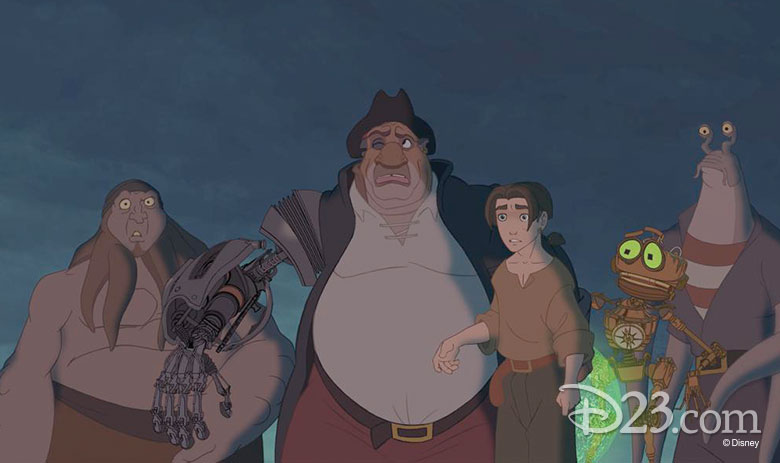 3. It’s their only sci-fi movie.
Clements and Musker are known for creating a whole catalog of Disney classics — from flipping your fins with Ariel to exploring the seas with Moana, they’ve taken us on all sorts of fantastic adventures. But they’ve only ever made one science fiction movie. Clements explains, “John and I are both sci-fi fans. The idea of making our pirate and taking his eye patch and turning it into a cyborg eye and taking his peg leg and making it mechanical—not only was it a science fiction thing, but it was an animation thing.” 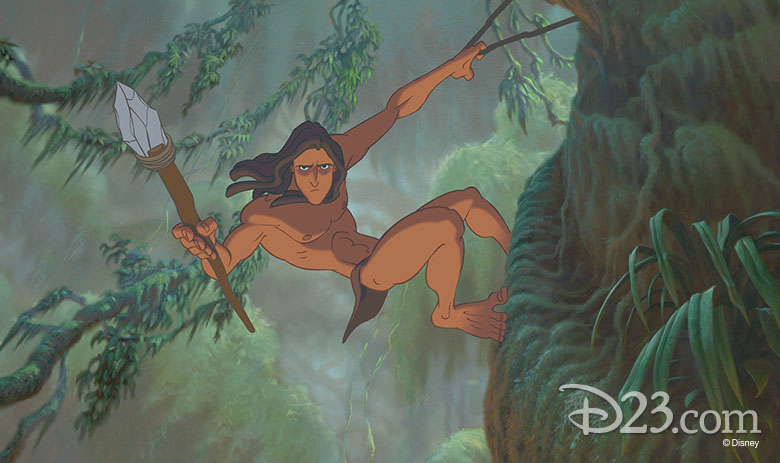 4. They could thank Tarzan for the new technology.
While Clements and Musker were ready to make Treasure Planet a reality back in 1985, they were delighted that when they made the film, there was a world of new technology they could use to create their science fiction galaxy. “We were taking advantage of the Deep Canvas technology that they used in Tarzan,” John Musker explains. Deep Canvas was used to create Tarzan’s iconic vine surfing scenes, but now it could be used beyond the jungle—very, very far beyond the jungle.

They were looking for a very dynamic, classic sci-fi visual style, one that Deep Canvas allowed them to create perfectly. “We envisioned Treasure Planet where the camera could really follow the action,” they explain. 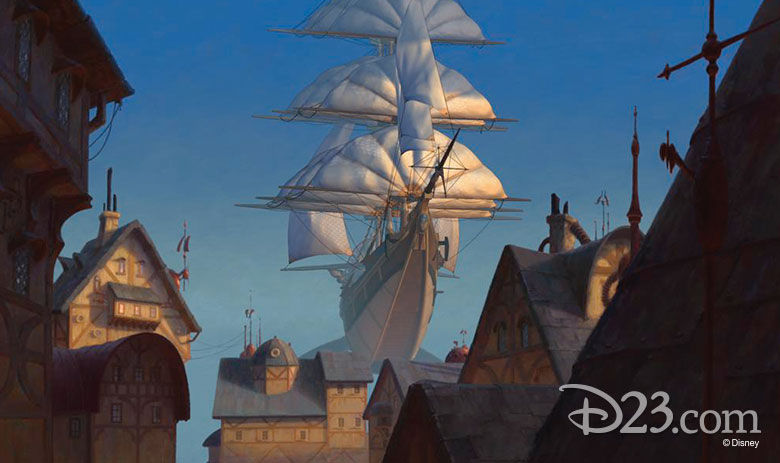 5. Treasure Planet created some new technology of its own.
Beyond the wonders of Deep Canvas, Clements and Musker achieved the dynamic directorial style they desired by creating a whole new technology—virtual sets. Clements explains, “They were actually dimensional sets made to look like 2-D backgrounds, but in truth they were 3-D, and we could move the camera around.”

Musker adds, “We didn’t have to compromise the staging for the limitations of technology.”

Musker and Clements are no strangers to blending the two animation techniques: hand-drawn and CG animation are used in each of their films, going back to The Great Mouse Detective extending through to Moana, where audiences were enamored by a hand-drawn Mini Maui in the stunning CG ocean world. 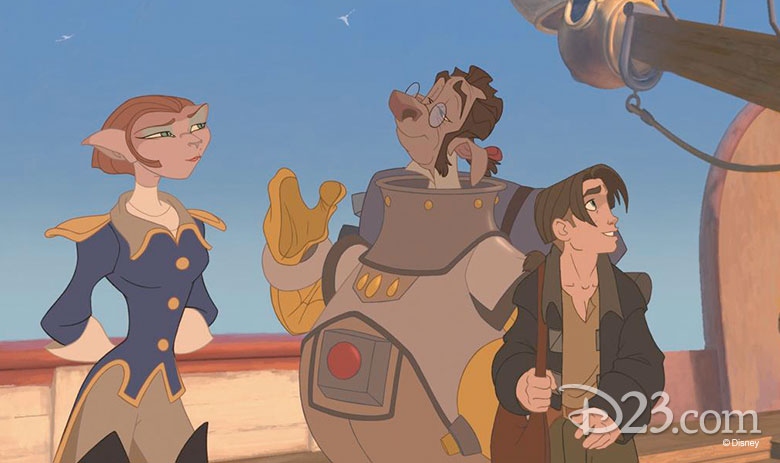 7. Actors had input on the characters.
Fan-favorite character Captain Amelia, who Clements and Musker explain started off as “bird-like” before they discovered the potential for a “strange cat-and-dog story” with Dr. Doppler, became the way she is thanks to some help from her voice actress.

Amelia’s voice actress, Emma Thompson, a writer herself, became very invested in the character. Musker recalls, “We wrote the character, and she tweaked it.

“Before we recorded the lines, we sat down and had a cucumber sandwich with her and she said, ‘I have some ideas on the character.’” Thompson frequently had input on the character’s dialogue, helping shape her into what Musker describes as, “maybe the smartest person in the movie.”

8. At its heart, the film is a hybrid.
For the style of the film, the directors always had a clear vision: “It was always conceived as a fantasy—it takes place in its own universe. We always wanted wooden spaceships and that ability to breathe in outer space.”

The directors had a strict way to maintain this unique blending of the old and the new. Clements explains, “We had a rule on the movie called the 70-30 rule, which signified the percentage of old and new, and we actually favored old.”

The end result was a fantastic piece of retro futurism that remains visually compelling to this day. The directors agree. Clements notes, “If you looked at an image of the movie for a few seconds or so, you’d say, ‘Oh, that’s a period piece,’ but if you look closer, you’d see things that’d never been invented before.” 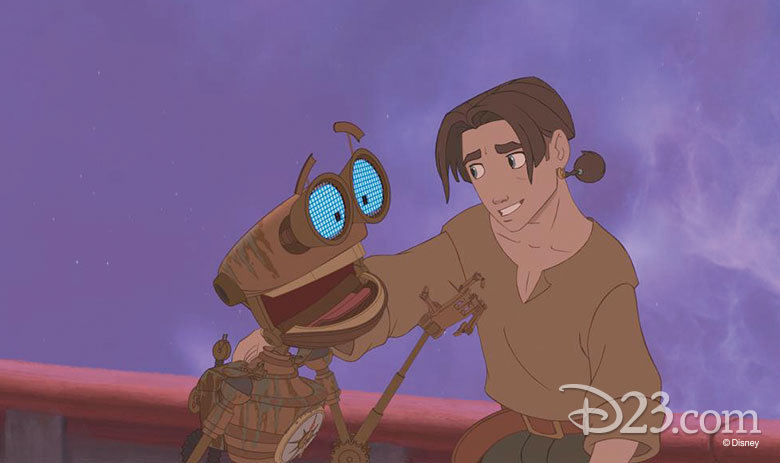 9. It’s science fiction with a warm heart.
The blending of old and new wasn’t the only unique thing about this film’s stunning visual style. The directors wanted the film to be different from the typical cold and metallic style we’ve come to associate with science fiction. They cite Disney films like 20,000 Leagues Under the Sea (and the Jules Verne book that inspired the 1954 film) as their inspiration. Clements recalls, “It had that feeling, that warmer kind of interesting atmosphere.”

The directors pursued a warmer, more natural color feel for the film, as Musker says, “We wanted this to be romantic film, even though it’s not a romance, but we wanted to have this feeling of a romantic adventure.”

10. They do it all for the fans
Clements and Musker recall, “We were at D23 Expo and we saw more than one cosplayer as Jim. I think there’s a certain age range where you carry it forward now because the movie hit you at the right time and it spoke to the issues that you have: finding your place in the world and connecting with people.”

Recently, the directors had a chance to see in action how much fans still adore this classic. Musker shares, “We saw it at the El Capitan Theatre in Hollywood last year when they ran all our movies to lead up to Moana, and I haven’t seen Treasure Planet with an audience or on the big screen in a long time. It was really exhilarating.” 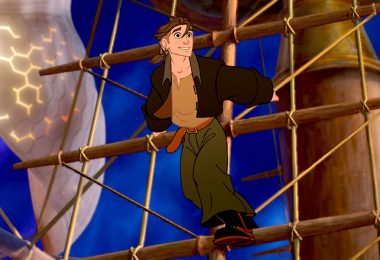 7 Things We Love About Treasure Planet 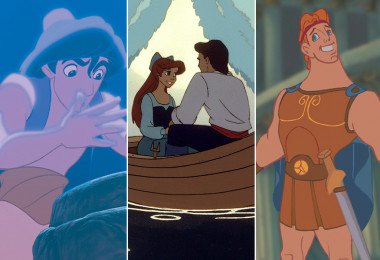