In the Spring 2015 issue of Disney twenty-three, Cinderella’s talented and award-winning filmmakers, along with the film’s stars, Lily James and Richard Madden, talk about translating the iconic fairy tale—which inspired the classic 1950 Disney animated film—to the big screen as a live-action motion picture. Now the film’s screenwriter, Chris Weitz (About a Boy, The Golden Compass), talks to D23 about taking that rich and beloved source material and translating it to the page.

D23: Though a fairy tale with origins that go back hundreds of years, this Cinderella has such a modern sensibility. Can you explain how you pulled this off?
CW: Thanks! It definitely doesn’t come from contemporary language or dress or settings; these are all hybridized versions of 18th- and 19th- and early 20th-century examples. I think the cycle has come around through irony and back to a straightforward approach. The plot isn’t really updated either; Cinderella doesn’t start her own business or go to therapy. I think there’s a certain contemporary feel to the romance; each of them is shaped by loss, and they recognize that in each other even though they completely get it wrong about each other’s status. That feels a bit modern.

. . . concern at Disney with regard to the “princesses” is the same—deliver classic family entertainment

D23: What qualities go into creating a Disney princess that lives in a “post-Frozen” 2015?
CW: I may be the only human being on the planet who has not seen Frozen. So I’m not entirely qualified to answer that question. But I think across the board the concern at Disney with regard to the “princesses” is the same—how to deliver the sort of classic family entertainment that Disney is famous for, while being aware that families are not exactly the same as they were in the golden age of the studio.

D23: What was your approach to the character of Cinderella’s Mother, whose presence in the film is still palpable long after her death?
CW: In the 1950 Cinderella, we don’t so much as see her mother; she’s gone after the first sentence or two of voiceover. And she doesn’t take up much time in the Grimm or Perreault versions either. But she must have something to do with Cinderella’s extraordinary goodness and resolve. I thought it was important that the audience see her, and experience not only Cinderella’s loss of her but also what she gained from her. We also wanted a touchstone by which to remember those intangible gifts; I toyed with a bunch of different mottoes, and ended up eventually with the very simple “Have courage, and be kind.” Cinderella gets that from her mother and it keeps her spirit alive and guides her actions.

D23: Without giving away any spoilers, there are certain elements to the Cinderella story that fans can’t help but anticipate: pumpkins turning into coaches, a glass slipper, animal companions… How do you deliver on these expectations but still find a way to make them fresh? And were any of these harder to reinvent than others?
CW: The thing for us was not to try too hard to reimagine things; but to deliver an un-ironic, straightforward version of these tropes that took advantage of the amazing capabilities of CG, without throwing in the kitchen sink. We’re trying neither to “beat” anything nor “quote” anything too much, but to go by the lights of the story as we saw it—a world of hidden wonder and beauty, with the animating force of kindness and faith at the heart of it. 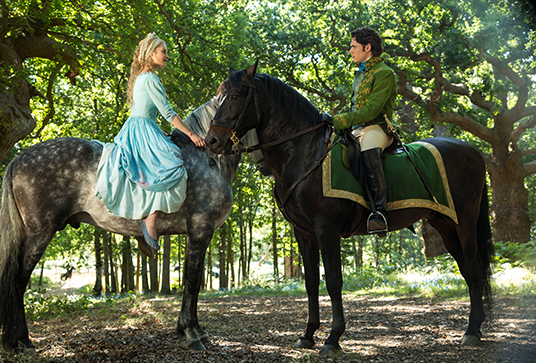 D23: There must be an inherent challenge in writing a romance, in that audiences come to a story expecting “happily-ever-after.” Is that hurdle even more challenging when you’re adapting an iconic fairy tale?
Chris Weitz (CW): The ending of Cinderella is certainly never in doubt. On the surface, that takes away the screenwriter’s autonomy and empties his bag of tricks. But really, for many reasons, audiences expect “happily ever after” out of all sorts of movies. That’s part of the job description of studio moviemaking. Like all sorts of creative restraints, from rhyme to grammar to screen-time, the set narrative elements and ending of Cinderella allow for all sorts of interesting elaboration and detail and creativity as well. For instance, knowing that Cinderella ends up happily gives you a certain latitude in how much punishment, as it were, you can inflict upon her up front. We set out absolutely to provide a satisfying and un-ironic version of Cinderella, but within that context there are all sorts of bells and whistles and interesting questions we can address.

D23: Are you a longtime Disney fan, and what are some of your earliest Disney memories/favorite films or Disney experiences?
CW: I remember watching The Wonderful World of Disney on television when I was a very small boy, before there were a million channels, when you had to wait and watch at a specific time. It made the experience very special. 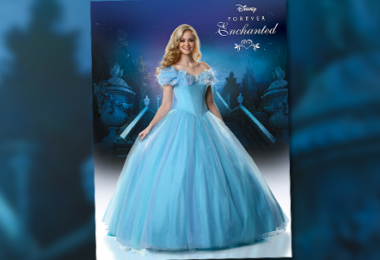 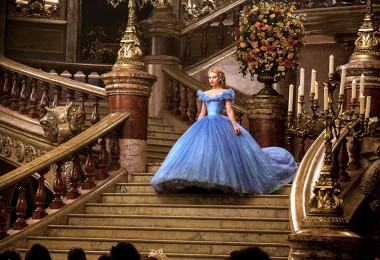