Home / News / Headlines / Bow Down to the New Queens of ABC

Hear ye, hear ye: Queens are coming back to take their crowns!

ABC’s original musical drama series Queens stars Eve, Naturi Naughton, Nadine Velazquez, and Brandy as members of a former ’90s girl group who decide to reunite after a major, public breakup on stage 20 years prior. “Our show is about sisterhood and family,” writer and executive producer Zahir McGhee says. “You fight with your family, and these are people who have been brought back together after a long period of time. We have fights, but we want to see people supporting one another and coming back together. There are always going to be arguments. There is always going to be a hierarchy that exists and is shifting.”

Fans of Eve, Naughton and Brandy’s music will be delighted to see them performing original songs with Velazquez. Grammy® Award winner Swizz Beatz serves as the series’ executive music producer, adding credibility and style. Says Eve, “The music on the show is honestly incredible. Someone asked me the other day when I would drop another album. If you’re looking for new music, the music on the show is going to feed you—trust me! I am actually hoping this will be a great way to dip my toes and my whole body back into music without having the actual pressure of an album. I’ll get to have fun and be this other character and perform this incredible music. And when you hear it, you’re going to love it!” 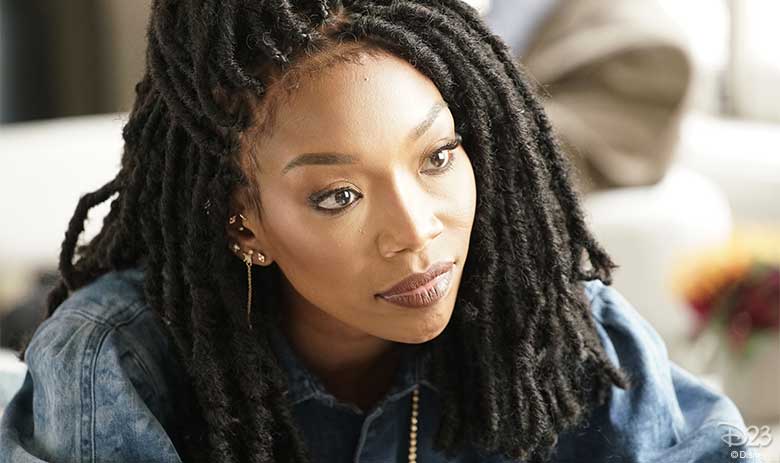 Velazquez is the only main cast member with no background in professional music. However, with the support of her co-stars, she’s ready to show what she’s capable of through Queens. “It was an intimidating idea, but I was ready to face things that I’ve been keeping from the world,” she says. “I am musical in my soul. I am a dancer—she’s in there—and through this job, she’s finally coming out. I want to cry! The support of Naturi and Eve and Brandy gives me life. I’ve had a traumatic experience in the entertainment business because I was so afraid to show so much. But I get to be all that here, kind of like my character does. It’s like a second chance to become something and to redefine myself.”

No stranger to the Disney family, Brandy says the series allows her to channel multiple passions into one project. “Queens is such a blessing because I get to do everything that I love to do all on one show with amazing people,” she says. “I’m so excited. I can’t even believe this is happening or that it’s even real! I want this show to last for as long as it can.” 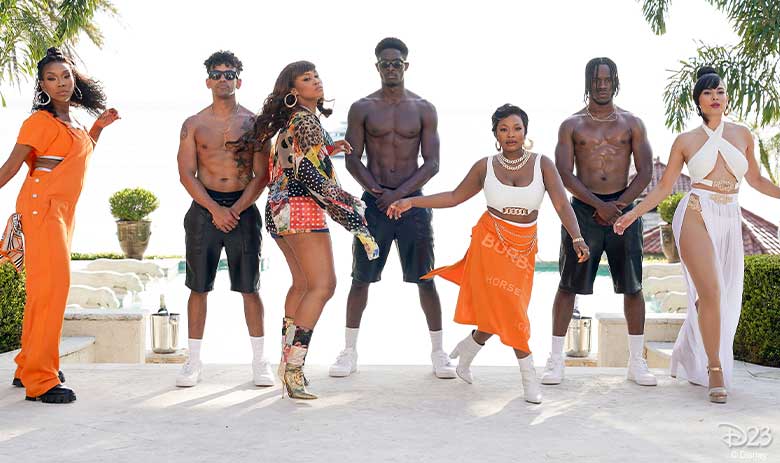 Intended for adult audiences, Queens doesn’t shy away from delicate issues in the music industry. However, the episodes are balanced with moments of levity and nostalgia. “We just want to be as authentic as we should be,” Eve explains. “We’ve lived that time and we come from that time, so it was something that was important to us. There will be some moments, like when people are listening to the music and they see our outfits, our hair, everything, and we want them to be taken back to that time. It’s all about the authenticity.”

“Authenticity” is a word often used by the cast and creative team to describe the series, which premieres Tuesday, October 19, at 10 p.m. ET on ABC. “We have a lot of the real people who were there doing it at the time, which gives it a certain level of authenticity,” says McGhee, who is an executive producer alongside Tim Story and Sabrina Wind. “We don’t have a show where you can have five women of color and a man of color front and center. That is just not common on ABC and is not common in broadcasting media. We have the opportunity to tell the breadth of stories about the experience of women of color and Black women in this country that isn’t the pressure of Eve having to be the one Black character to say the thing that matters, right? We’re varied, we’re great, we’re beautiful. The time was yesterday for this show, and the time is today—and the time is tomorrow.”