Grab your inline skates, your flannels, and your Walkman radios and get ready to take a trip back to the ’90s of every Gen-Xer’s dream in Marvel Studios’ newest epic adventure Captain Marvel. Fans got their first ’90s-tastic taste with the initial trailer that showed Brie Larson’s title character crashing through the roof of a Blockbuster video store, and it just gets better from there!

“We kind of seized on the idea of setting it in the ’90s as a way to let the character carve out her own space in the cinematic universe and give her a lot of thematic weight and significance to the universe,” says Jonathan Scwhartz, executive producer. “It’s more or less this adventure that’s going to inspire a lot of what we see in the MCU [Marvel Cinematic Universe]. And then also just the idea of the ’90s as a period—which is something I don’t think we’ve been able to explore a lot. So being able to play in that sandbox is exciting.”

Included as part of that sandbox is the brand-new Captain Marvel website, which launched this past week with all the bells, whistles, and rainbow-colored titles and background graphics you’d expect from the once-burgeoning new technology called “the Internet” during the last decade of the 20th century.

A quick visit to the Captain Marvel site reveals all the terrible (but awesome) design styles of ’90s-era websites. For example, the “homepage” features amateurish cut-out photos, a spinning email symbol, small clip-art space ships that float up and down the page, and gray boxes with linked text such as “Info,” “Multimedia,” “Guestbook,” and “Play the Game.” Of course, let’s not forget the “Get Tickets” box, featuring the continuously spinning movie ticket graphics. Here are some pages from that site. 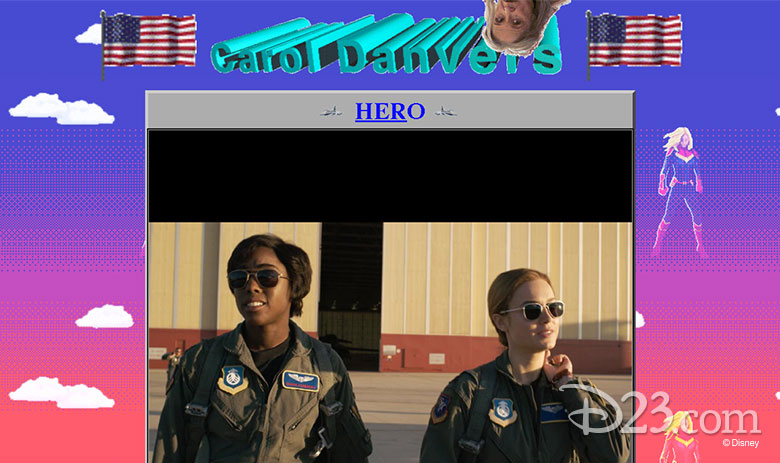 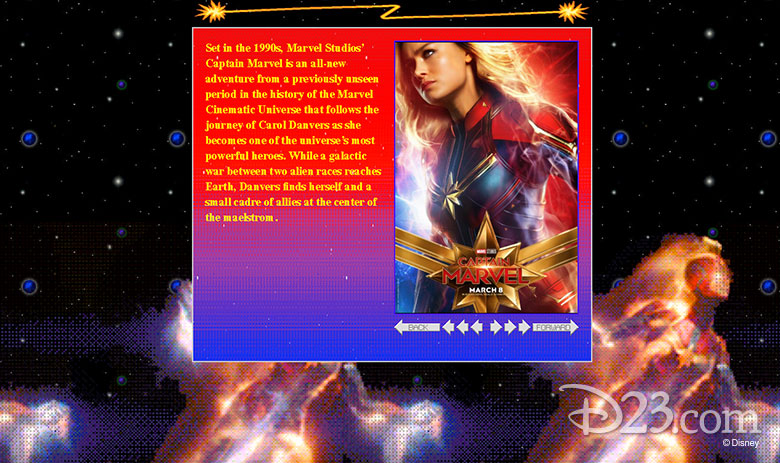 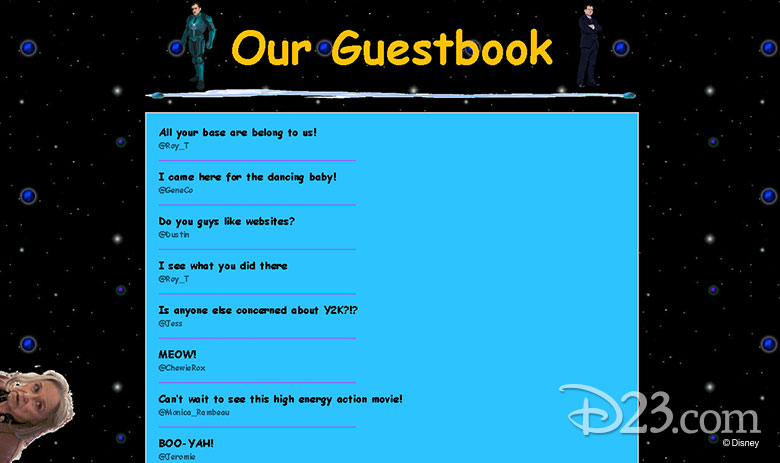 As you scroll (Skrull?) down the page, make sure to not miss the “Skrull or Human” game. Test your knowledge and see if you can tell the difference between ordinary human beings and the shape-shifting bad guys from outer space. Also, you’ll notice the lady from the train in the trailer—the one who Captain Marvel punched in the face. She keeps popping up all over the site. Click on her face and you’ll deliver another big punch. You’ll have fun exploring the galleries, trailers (framed inside old-school video players), three-dimensional motion titles, and a top-secret gif of Nick Fury petting the cat. 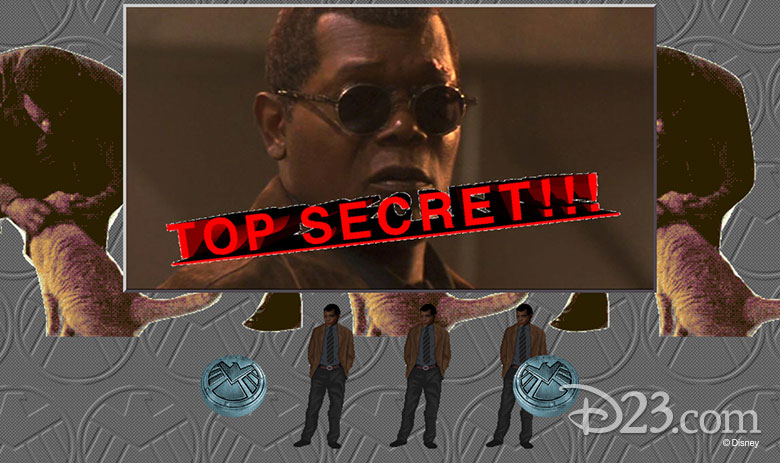 Click on down memory lane, and while you’re there, grab your tickets for Captain Marvel. She arrives March 8, 2019. But please—leave your pagers at home.