Alexander and the Terrible, Horrible, No Good, Very Bad Day hits theaters October 10 with a soundtrack that includes an original end-credit song from The Vamps, plus original songs from two of the film’s stars and score by Christophe Beck (Frozen). The six-song EP by Walt Disney Records on is now available in the U.S.

British pop rock band The Vamps was called on to write and perform the end-credit song “Hurricane.” The group filmed a music video for the song that features a cameo by Bella Thorne, who stars as big brother Anthony’s uptight girlfriend Celia in the film.

He added a genuine life beat to the whole film

According to the director, Christophe Beck’s score sets the pace for the film. “Chris Beck loved the honesty in the film with regard to what it’s like to raise a family and how hectic that can get at times,” Miguel Arteta says. “He added a genuine life beat to the whole film. When the troubles for the family start, you can almost hear Chris’ score going ‘Oh no!’ It feels like honest mayhem in an incredibly fun way.”

Dylan Minnette, who plays Anthony in the film, teamed up with Braeden Lemasters to write the song “Surf Surf Don’t Drown,” which is performed by Minnette’s band The Narwhals and appears in the film as the family rushes to get sister Emily to her play.

Kerris Dorsey, who portrays big sister Emily in Alexander, wrote and performed the song “Best Worst Day Ever” along with her sister Justine Dorsey. The song can be heard during the credits. 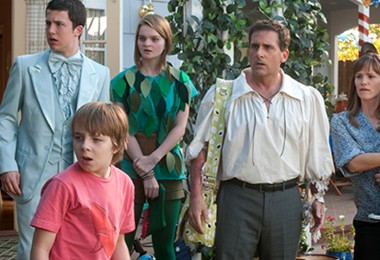 Seven "Disney" Reasons Why You're Going to Love Alexander and the Terrible, Horrible, No Good, Very Bad Day 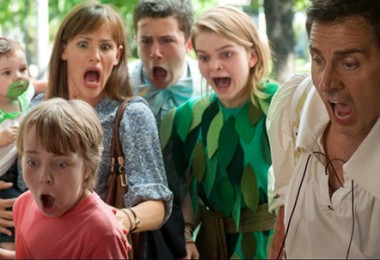 Watch a New Clip from Alexander and the Terrible, Horrible, No Good, Very Bad Day