Home / Disney A to Z / About the Author: Dave Smith 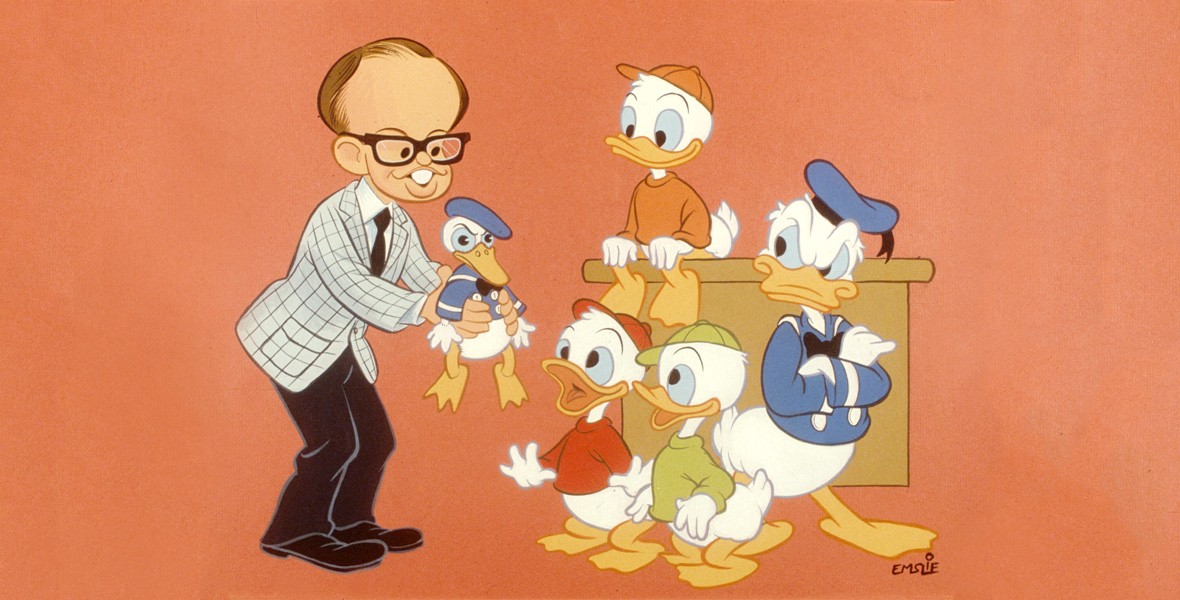 With the establishment of the Walt Disney Archives on June 22, 1970, Dave Smith joined The Walt Disney Company as the director of the Archives. Perhaps no other entertainment company looks to its past as much as Disney, so as the Company’s Chief Archivist, Dave was charged with collecting and preserving all aspects of Disney history and making the material available to researchers from both inside and outside the Company.

In the years since the Archives was established, it has grown from a one-person department to an entire staff.

The Archives is located at the Disney Studio in Burbank. It has come to be recognized as a model among corporate archives in the country, and now, even though retired, Dave is still regarded as the final authority on matters of Disney history. Born and raised in Pasadena, California, the child of librarians and educators, David Rollin Smith earned a B.A. in history and a Masters Degree in Library Science from the University of California at Berkeley. Before coming to Disney, he received library and archives experience working in the Manuscript Department of the Huntington Library in San Marino, having an internship at the Library of Congress in Washington, D.C., and serving on the staff of the Research Library at U.C.L.A. As the Disney chief archivist Dave was an active member of the Society of California Archivists. He served from 1980 to 2001 as Executive Director of the Manuscript Society, an international association of collectors, dealers, librarians, archivists, and others interested in manuscript material. Dave has written extensively on Disney history, with a regular “Ask Dave” question and answer column in the former Disney Magazine and Disney Channel Magazine, online on the Disney Insider, and on the D23 website, as well as numerous articles in such publications as Disney News, Starlog, Manuscripts, The American Archivist, and The California Historical Quarterly.

With Kevin Neary he co-authored The Ultimate Disney Trivia Books 1, 2, 3, & 4. His book, Disney: The First 100 Years, co-authored with D23 head Steven Clark, was published in 1999 (with an updated edition in 2002). He compiled The Quotable Walt Disney, a collection of Walt Disney’s quotes, in 2001. He has written introductions to a number of other Disney books and often lectures on Disney subjects. Dave’s latest book, from 2012, Disney Trivia from the Vault, compiles 29 years of his “Ask Dave” column. On October 2007, Dave was honored with the prestigious Disney Legends award.

A Burbank, California, resident, Dave retired in 2010 after passing his 40th anniversary with The Walt Disney Company, but he continued work as a consultant with the title of Chief Archivist Emeritus until his passing on February 15, 2019.