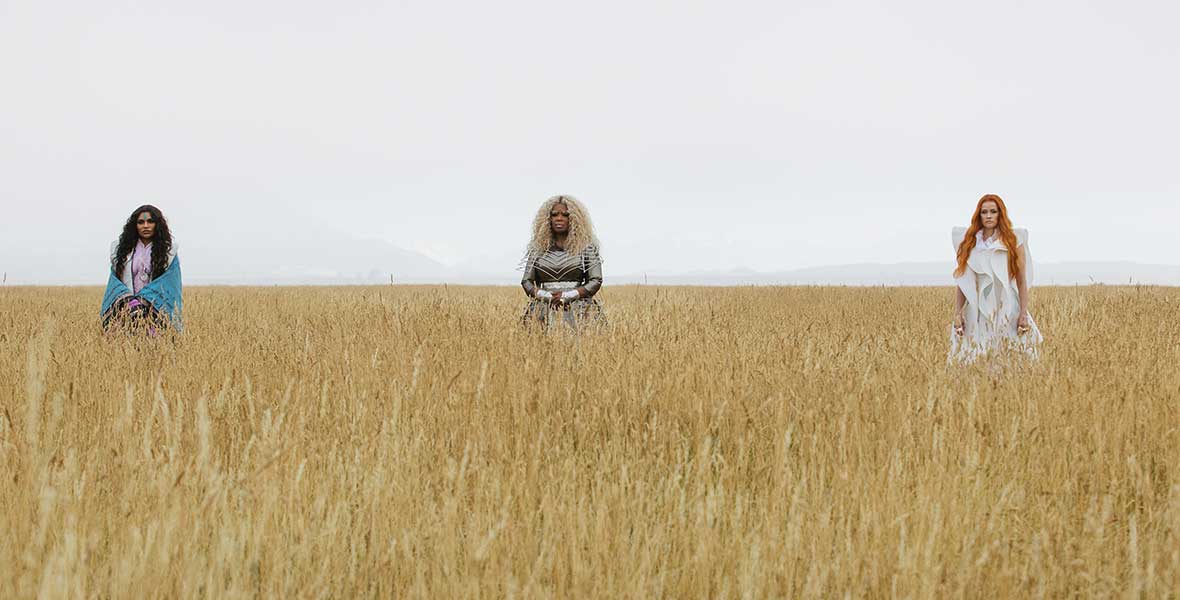 Wrinkle in Time, A (film) Young Meg Murry, a bit of a misfit in a family of brilliant scientists, finds herself journeying through space and time, or “tessering,” to save her father, with a little help from three truly incredible celestial beings, Mrs. Which, Mrs. Whatsit, and Mrs. Who. The three Mrs.’s impart the knowledge they have gleaned from across the cosmos to guide Meg to strange and sometimes perilous planets and help her discover the warrior that lies within her. Directed by Ava DuVernay. Released on Mar. 9, 2018, also in IMAX and 3D, after a Mar. 7 release in the Philippines. Stars Storm Reid (Meg Murry), Reese Witherspoon (Mrs. Whatsit), Chris Pine (Dr. Alex Murry), Zach Galifianakis (The Happy Medium), Mindy Kaling (Mrs. Who), Oprah Winfrey (Mrs. Which), Michael Peña (Red), Levi Miller (Calvin). 109 min. Based on Madeleine L’Engle’s classic novel. Filmed primarily in New Zealand and Southern California.