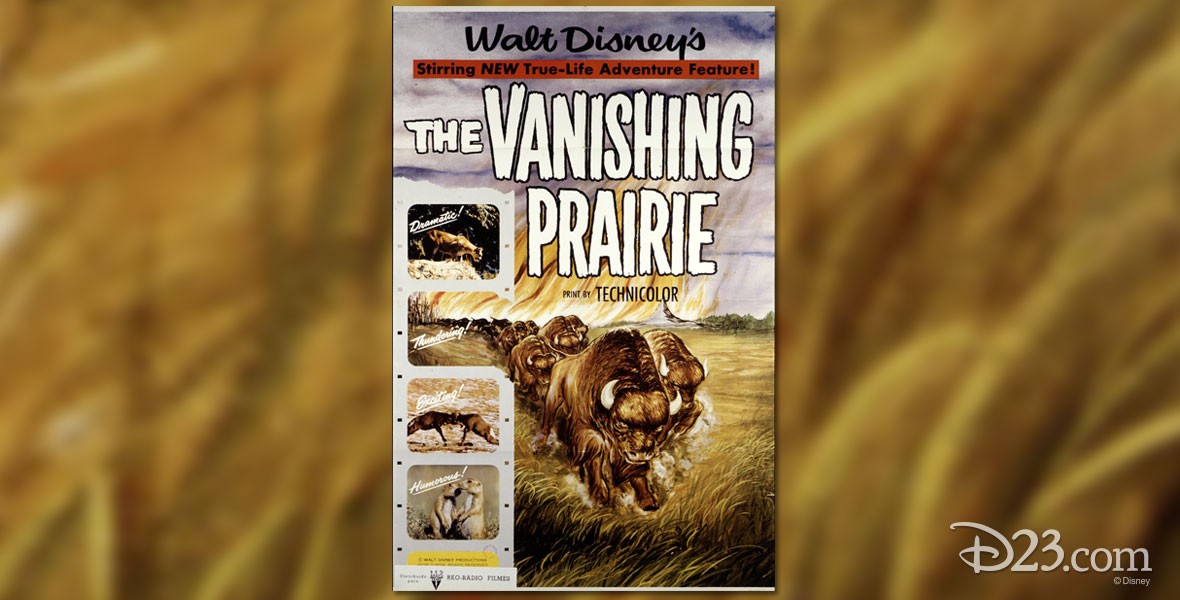 Vanishing Prairie, The (film) True-Life Adventure feature, released on August 16, 1954. Directed by James Algar. Academy Award winner. 71 min. Story of the pronghorn antelope, the prairie dog, the bighorn sheep, the mountain lion, the buffalo, and numerous other creatures that once made the prairie their home, and how the animals survived through the seasons. A team of 12 photographers, led by Tom McHugh, filmed in the wilderness from the Mississippi to the Rockies and from the Gulf of Mexico to the plains of Canada. Released on video in 1985.