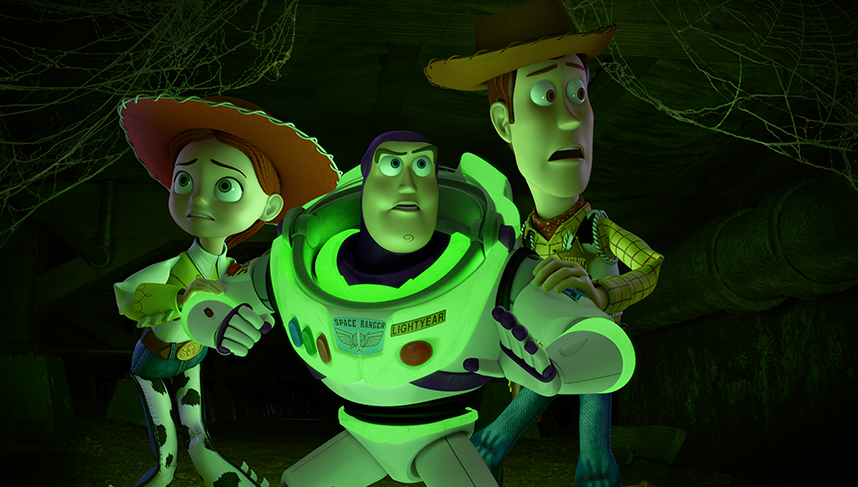 Toy Story of Terror (television)  Half-hour TV special, airing on ABC on October 16, 2013.  What starts out as a fun road trip for the Toy Story gang takes an unexpected turn for the worse when the trip detours to a roadside motel.  After one of the toys goes missing, the others find themselves caught up in a mysterious sequence of events that must be solved before they all suffer the same fate.  Directed by Angus MacLine.  Voices include Tom Hanks (Woody), Michael Keaton (Ken), Kristen Schaal (Trixie), Jodi Benson (Barbie), Tim Allen (Buzz Lightyear).  From Disney/Pixar.