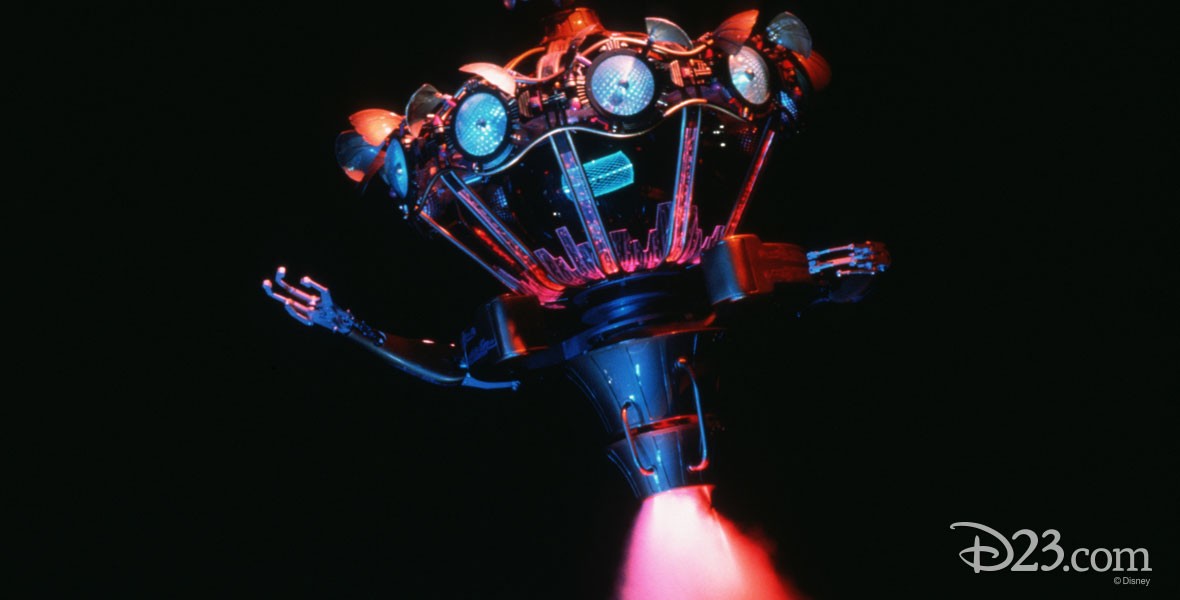 Timekeeper, The Attraction opened in Tomorrowland in Magic Kingdom Park at Walt Disney World on November 21, 1994. Presents the Circle-Vision show From Time to Time from Visionarium at Disneyland Paris, changing the language to English and adding in some U.S. footage. Robin Williams provides the voice of Timekeeper, Rhea Perlman that of 9-Eye. It closed on April 29, 2001, but continued to operate seasonally until it closed for good on February 26, 2006 (the last show had been December 31, 2005).