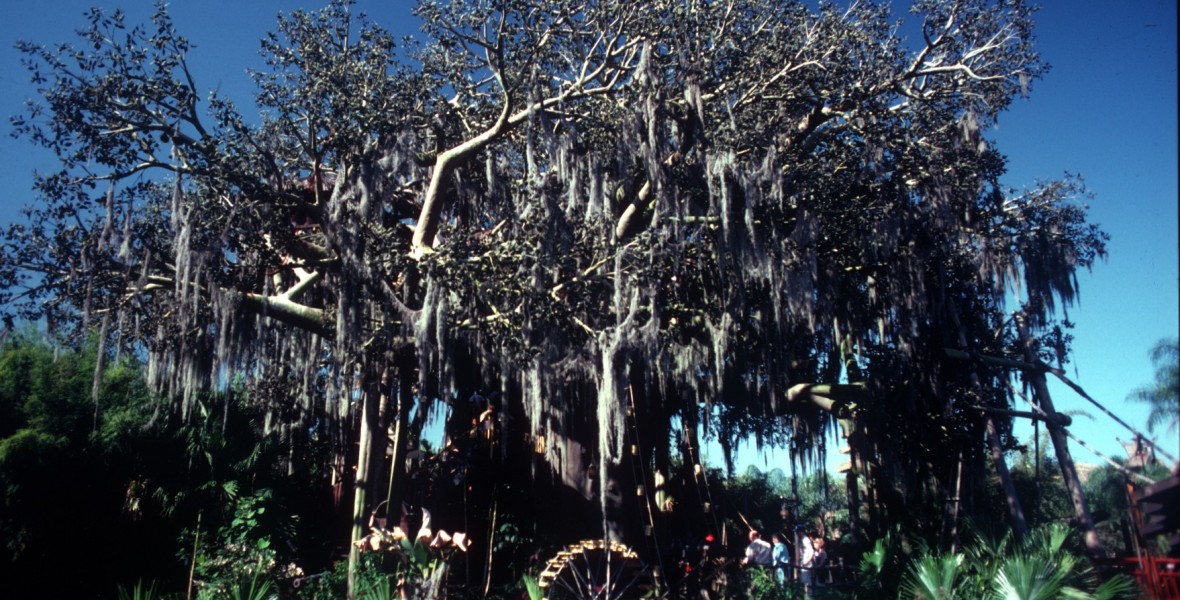 Swiss Family Treehouse Adventureland attraction at Disneyland; opened on November 18, 1962. John Mills, daughter Hayley, and the rest of the family were there for the dedication with Walt Disney. Mills had starred in the Disney 1960 film Swiss Family Robinson. The tree has been called a Disneyodendron semperflorens grandis (translated as large ever-blooming Disney tree), and is entirely man-made. The roots are concrete and the limbs are steel, covered in concrete. The 300,000 plastic leaves all had to be attached by hand. The Swiss flag flies from the top of the tree house. This is one of the few Disneyland attractions where guests have to walk (or more appropriately, climb) through to view the rooms that the Robinson family built in the tree. A fascinating pulley system, using bamboo buckets and a waterwheel, provides water high up in the tree. It closed March 8, 1999, to become Tarzan’s Treehouse. Also, an Adventureland attraction in Magic Kingdom Park at Walt Disney World; opened October 1, 1971. In Florida, the tree is known as a Disneyodendron eximus (or out-of-the-ordinary Disney tree). A Tokyo Disneyland version opened on July 21, 1993. See also La Cabane des Robinson for the Disneyland Paris version.