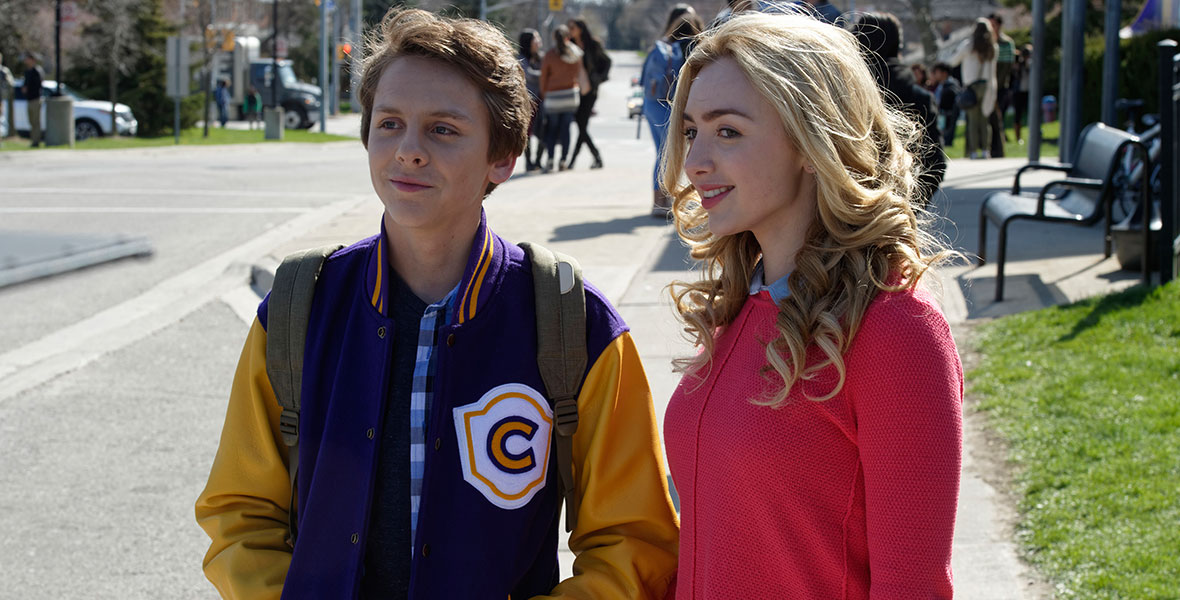 Swap, The (television) Disney Channel Original Movie, first aired Oct. 7, 2016. Ellie O’Brien is trying to juggle rhythmic gymnastics and troubles with her best friend. Meanwhile, classmate Jack Malloy is struggling to live up to his brothers’ hockey-star legacies and his dad’s high expectations. When a text argument about whose life is easier gets out of hand, Ellie and Jack trigger an unexplainable real-life swap. As each tries to navigate the other’s life, Ellie (as Jack) tries to learn about brotherly bonding and hockey lingo, while Jack (as Ellie) has to decipher girl code and experience a spa day. With a rhythmic gymnastics championship and a spot on the varsity hockey team on the line, they must figure out how to get back in their own bodies before the swap becomes permanent. Literally walking in each other’s shoes, they gain empathy for one another and learn valuable lessons about their own lives. Directed by Jay Karas. Stars Peyton List (Ellie), Jacob Bertrand (Jack), Claire Rankin (Ellie’s mom), Darrin Rose (Jack’s dad). Based on the book by Megan Shull. Produced by MarVista Entertainment for Disney Channel.