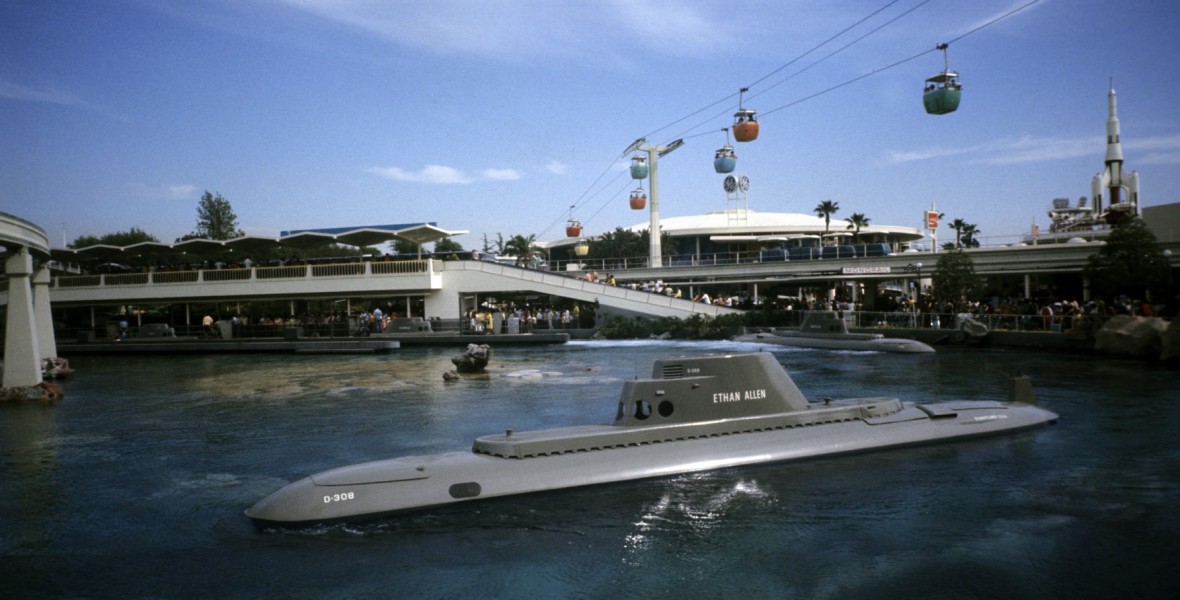 Submarine Voyage Tomorrowland attraction at Disneyland; opened June 6, 1959, and was dedicated on June 14. It closed on September 7, 1998. Billed as a voyage through “liquid space.” New animation was added in 1961. Originally the eight submarines were painted gray, based on America’s newest nuclear submarines, and named after them—Nautilus, Seawolf, Skate, Skipjack. The subs were 52 feet long and held a pilot and 38 passengers, each with a porthole for viewing the underwater wonders, from fish and mermaids to a giant sea serpent and the lost city of Atlantis. In the 1980s, the subs were repainted bright yellow to resemble scientific research vessels, and renamed. The attraction became Finding Nemo Submarine Voyage in 2007. The Walt Disney World attraction was 20,000 Leagues Under the Sea, with subs patterned after Captain Nemo’s Nautilus; it closed in 1994.