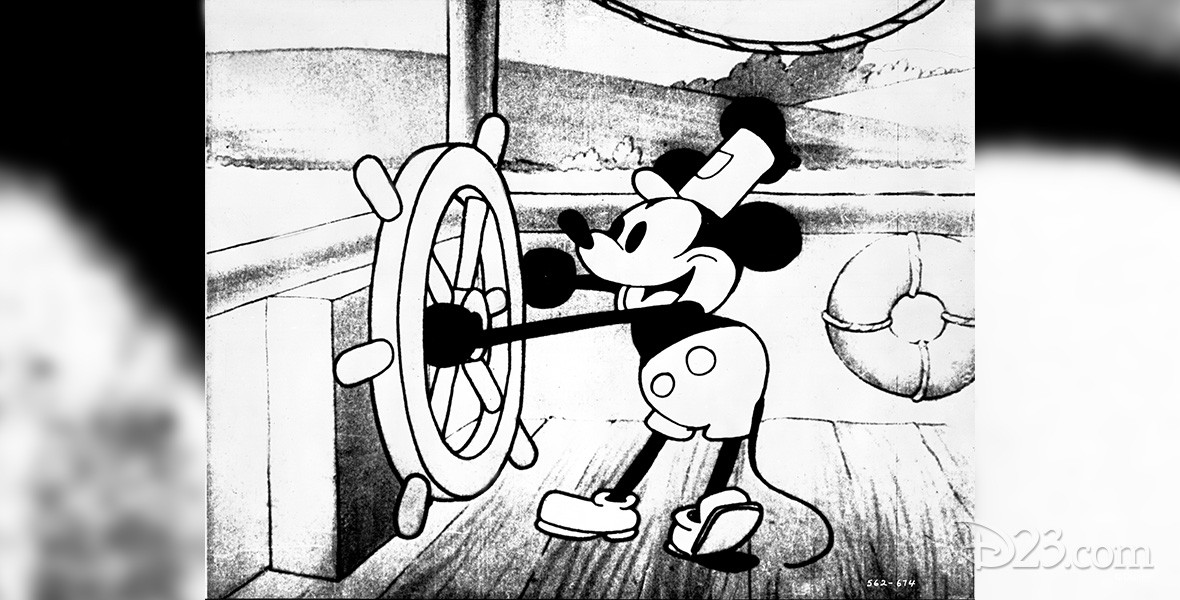 Steamboat Willie (film) The first Mickey Mouse cartoon released, and the first cartoon with synchronized sound. Directed by Walt Disney. After unsuccessfully trying to make a deal to record through RCA or Western Electric, Disney contracted with the bootleg Powers Cinephone process and, after an initial disastrous recording session, finally recorded the sound track with a 15-piece band and his own squeaks for Mickey. Released at the Colony Theater in New York on November 18, 1928, the date used for the birth of Mickey Mouse. As a mischievous deckhand on a riverboat, Mickey, to Minnie’s delight, plays “Turkey in the Straw” utilizing an animal menagerie as his instruments. The tyrannical Captain Pete is not amused, and Mickey ends up peeling potatoes in the galley. Later released on the 16mm compilation Milestones in Animation (1973).