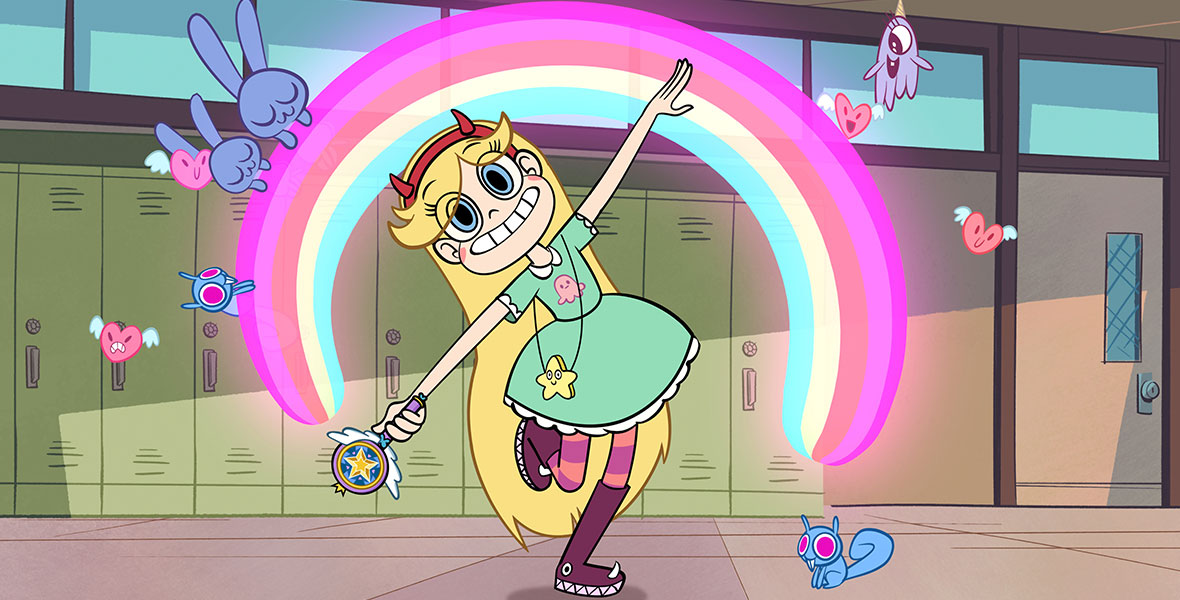 Star vs. The Forces of Evil (TV) Animated series on Disney XD, debuted on Mar. 30, 2015, after a special preview on Disney Channel on Jan. 18, 2015. Teen princess Star Butterfly, who was given an all-powerful magic wand, is sent by her Royal Parents to live with the Diaz family on Earth, bringing along her own unique inter-dimensional style. Together with the Diaz’s teenage son, Marco, they navigate high school and embark on dimension-hopping adventures across the multiverse while keeping her wand out of the clutches of arch-nemesis Ludo and his monstrous forces of evil. Voices include Eden Sher (Star Butterfly), Adam McArthur (Marco Diaz), Alan Tudyk (Ludo/King Butterfly), Nia Vardalos (Mrs. Diaz). From Disney Television Animation.