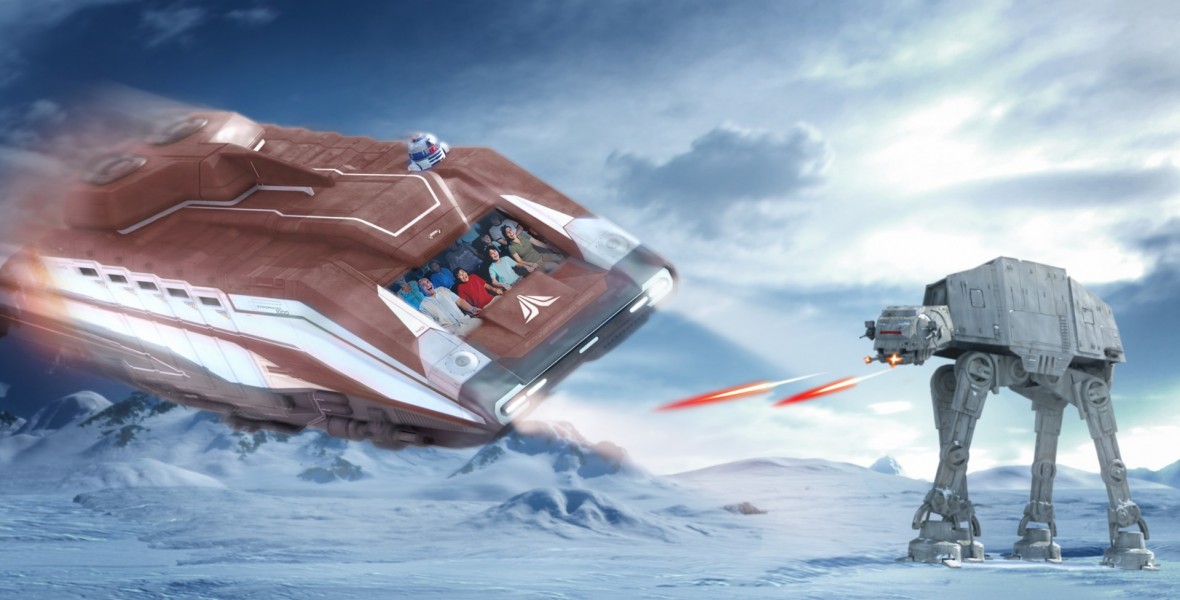 Star Tours Tomorrowland attraction at Disneyland, created in cooperation with George Lucas; opened on Jan. 9, 1987. Opened at Disney-MGM Studios on Dec. 15, 1989, and on Jul. 12, 1989, in Tomorrowland at Tokyo Disneyland. Also in Discoveryland in Disneyland Paris; opened on Apr. 12, 1992. Guests traveled in vehicles called StarSpeeders, each holding 40 passengers, to the Moon of Endor and beyond. In the pre-show area, one can watch R2-D2 and C-3PO from the Star Wars films working to service the fleet of StarSpeeders. The voice of the trainee pilot, REX, was provided by Paul Reubens. The attraction was completely revised in 2011, with multiple random storylines and locations, in 3D. A new scene inspired by Star Wars: The Force Awakens is scheduled to be added to the Disneyland attraction on Nov. 16, 2015. In fall 2017, a new sequence inspired by Star Wars: The Last Jedi was added, followed by new characters and destinations from Star Wars: The Rise of Skywalker on December 20, 2019, offering more than 100 potential storytelling combinations.