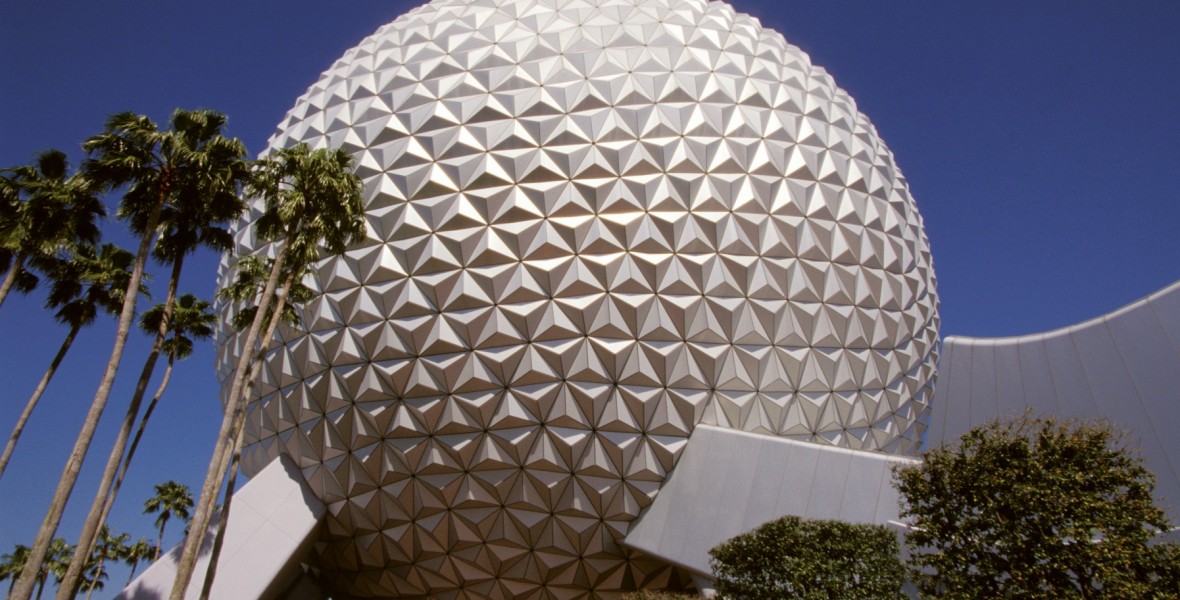 Spaceship Earth Geodesic globe attraction, the symbol of Epcot; opened on October 1, 1982. Sponsored by AT&T from 1982 to 2002. A new narration script with Walter Cronkite was added on May 29, 1986. The geosphere is 165 feet in diameter, standing 15 feet above the ground on six legs. In its more than two million cubic feet of space, guests ride upward in a journey that passes the highlights of communication history through the years from cavemen to the present and into the future. At the very top of the sphere is a majestic star field. The show received major renovations in 1994, reopening on November 23. Jeremy Irons provided the narration, from concepts by Ray Bradbury and a host of advisers to the Disney designers. Siemens became the sponsor in 2005 until 2017. In December 2007, Spaceship Earth reopened after extensive renovations. The storyline now follows the history of human innovation from prehistoric times to the 21st century, with new narration by Dame Judi Dench and a new musical score. The new finale enables guests to imagine their own future through the use of touch screen technology.